The Gamian Group (originally known the Gamian Trade Alliance) is a trade alliance of mutliple mercantile councils. The Councils are home in settlements along the three largest rovers in Caramiza, the Camiten Stream, the Fenoria Stream, and the Rosteyn River, as well as along the coast of the Gamian Sea. Where initially only the councilmembers themselves would be part of the group, eventually the whole settlement became associated with them. Any settlement part of the group earns the prestegious right to name themselves "Gamian Town".   Having members of multiple nations, the Gamian Group is not fully affiliated with the government of Caramiza but developed into an almost fully independent political influence since its official founding over threehundred years ago, being able to alter the course of conflicts and diplomacy significantly. During the past decades however the influence significantly waned and the Gamian Group struggles with the rising competition presented by Whitesteel Inc.

Although the official founding of the Gamian Group as a formal alliance has not been until the year 1380, there has been proof of cooperation between different mercantile groups for communal travel. Specific agreements in 1328 between merchants of Freybruck and Eisenquere state reciprocal protection during their respective trade missions as well as priority treatment with their trades.   This concept grew quickly, as additional merchant families along the Rosteyn River and the Gamian Coast joined into similar agreements. In 1343 the council drafted their central doctrine of fair and mutually beneficial trade and respective protection against criminal elements.   The cooperation quickly extended into an exchange of technology, culminating in the first Gamian Trade Show in 1385 in Freybruck. The regular trade shows became known all over Caramiza and eventually led to the name of "Gamian Trade Alliance" - despite being originally founded along the Rosteyn River.

Having most of their trades along rivers and coasts, the Gamian Group developed a new ship type around 1450 - the Gamian Cog . This ship was able to hold large cargos while still being surprisingly maneuverable. Their most important use came in 1481, when a great famine struck the western parts of Camariza. The fleet of the Gamian group was able to deliver large amounts of food befor it spoiled, saving thousands of people from death and subsequently strengthen the reputation as a serious economical player within the region.   This earned the members of the Gamian Group the right to have a large, untaxed portion of over sea trade as well as naming rights to carry the "Gamiantown" prefix in their titles. At this point, membership in the alliance had already extended from single merchant guilds to the full township. Having the title in their town's name was a point of pride and privilege. This naming usually coincided with the towns changing their crests to include both the Handelsgut Bell and the colors of the alliance - gold and grey.

During the 16th century, the conflicts between Caramiza and their neighbors increased significantly. Not only was the Gamian Group task for a higher production quota than before, but their fleets were also levied for the war efforts. This led to many conflicts within the alliance, as the members were from multiple nations now in conflict. Especially in the conflict with Finoza in the years 1517 till 1521 there have been instances where crews of the Gamian Group refused to attack members on the other side. Eventually, in 1518 the regent of Caramiza accepted their non-violent participation in the war and tasked them with the logistics only.   During the following decades, the Gamian Group was heavily involved in diplomacy both to help multiple smaller states between Caramiza and Knurkang become independent as well as proclaim independence from any national interests for themselves. While the cities and their economies were still a part of their respective nations, the alliance itself would not be under the nations' jurisdictions. They would however be draftable for logistics in any conflicts as well as paying slightly increased taxes as compensation.

With the arrival of the first Magic-Powered Steamboats around 1643, the technological superiority of the alliance started to dwindle. Around this time both the founding and sudden growth of Whitesteel Inc as well as several internal conflicts almost leading to a schism caused the influence of the alliance to decline drastically. Ever since the Whitesteel Autonomy Decree in 1692 the council's main topic is how to combat this serious competition and keeping up with the higher productivity quotas of the recent decade.   In hopes to increase trade in the easter region of Caramiza, the council decided to support the construction of the experimental East Caramizan Railways. The construction started in 1697 and is still ongoing. While the project itself creates many job opportunities along the track already the hopes are to further increase the possible trade volume in the region. The government of Caramiza supports the project but to the dismay of the alliance had ordered large parts of the required material from Whitesteel Inc.

The Gamian Group organizes the security and taxation as well as the logistics of several trade routes and production lines between the many towns in the alliance. Every town is able to nominate specialists in specific task-oriented Tradeforum Meetings, that will propose regulations, contract alterations, and resource allocations for most members. The decision about implementing these rules is made in the Gamian Council, made up of the heads of a close inner circle of members.   Based on the region, the Gamian Group is effectively divided into four factions, each with a slightly different focus. They are slightly unequally represented in the Gamian Council, which has led to internal conflict more than once.   Most rules are concerning taxes, production quotas as well as production standards. As one of the first entities independent from guilds in Camariza, the Gamian Group implemented a high standard for apprenticeships both for crafts as well as accountant-based professions. Members are asked to participate in larger projects of the group, such as contributing materials and workers to the trade fleet. Each member is free to follow the implemented rules since the Gamian Council has no official control over its members. Disregarding the rules without good cause, however, will most definitely result in penalties when negotiating new trade deals, acquiring resources, or in getting provided defensive details for their trade routes. 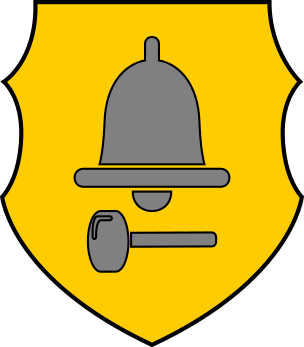 Never Without Us - For The Good Of Everybody

Power on the Seas

The main focus of the Gamian Group being trade via river and sea, they quickly build up a remarkable fleet. With the Gamian Cog as a large cargo vessel that was even able to traverse rivers far upstream as well as a fine tuned logistical organization the trade fleet dominated the Gamian Sea.

WIth increasing wealth and exchange of knowledge between the group's members, the standard of trade and crafts rose as well. As a result, a wide spread and higher level of education became standard in towns of the group and soon after in other towns as well.

The history between Caramiza and its neighbours is complicated and often fraught with conflict. The multi national alliance of merchants opened up easy channels for diplomacy and certainly prevented escalating conflicts.


Entry for The Alliance Challenge