A male aasimar and member of the adventuring group Dark Souls. Raised in the arid wastelands of the Alharu Basin, he traveled into the city after hearing that fellow outlander Eli Anderson had risen to power as the new High Marshal of Rakka following Jalil Hafiz's assassination. The smoothest, loudest man you'll ever meet, he quickly convinced Father Eli to let him join Dark Souls through a combination of charm and displays of his sorcerous power.   In the Verschow Skyler formed an intimate relationship with Allexander Hainaut, son of the House's matriarch Marwen. When Allexander confessed to working with the corrupt House Baudissin, Skyler was crushed and abandoned his life as an adventurer. He stayed in Dromire, deciding to establish a pleasure palace known as the Flesh Seizer. 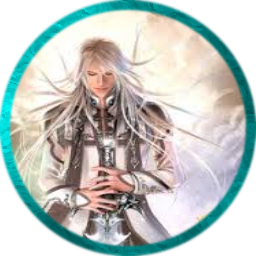