A dark elf necromancer and member of House Hainaut in The Verschow. The eldest son of Matriarch Marwen Hainaut, he took on the responsibilities of leading the family in the decades following his mother's disappearance in the 4th Cycle's ninth century.   In 901 he joined the adventuring group Dark Souls to rescue his mother from a camp of illithids in the Underdark so she could reclaim her rightful title of house matriarch. Marwen was rescued, but this quest proved to be Allexander's undoing when some of the camp's prisoners said they'd seen him meeting with House Baudissin to discuss the creation of new undead. Allexander confessed to selling his necromancy powers to the Baudissins to keep the family finances afloat, a crime that led to his imprisonment in the castle dungeon.   The Hainauts discussed having Allexander handed over to Rakka as a peace offering, but on the night of an epic battle between the Hainauts and Baudissins Allexander redeemed himself by joining in the fight against the Baudissins. Allexander was freed from his imprisonment, but as punishment he was banished from the Verschow for the rest of his life. He was occasionally sighted in the company of his aunt Lachesis, who had also left the region to seek clarity and guidance elsewhere. 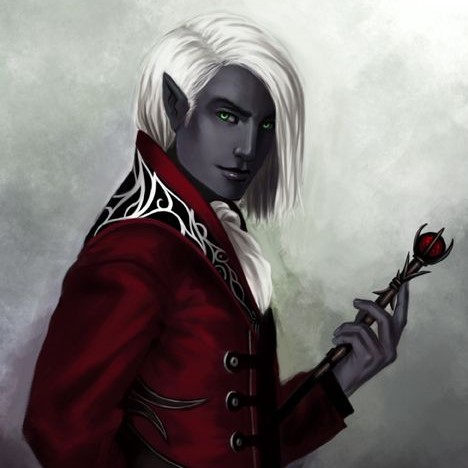