A female half-elf and former member of the adventuring group Dark Souls. A descendant of the noble Isolde house in Despero, she was rescued from certain death by a powerful fey being known as the Lady of the Lake. In return for her salvation, Nineveh was ordered to journey into the Underdark on a mysterious quest.   Her journeys through the Underdark led to a run-in with the Dark Souls when they saved her from a Howler attack. After spending some time with the adventurers, Nineveh revealed the reason for her journey: to deliver a magic dagger to an individual 'with mastery over life and death'. It was revealed that Marwen Hainaut was the intended recipient of this weapon, using it as a component in a powerful spell to kill an ancient illithid terrorizing the Verschow.   Nineveh would stay in the Underdark to help the Dark Souls stop Naberius and his devilish conspiracy, but her work with the Lady of the Lake wasn't complete. She was handed a spear designed in the shape of a rose, to be delivered to one 'capable of piercing the heavens'. But she wouldn't be alone on this new quest: while in the Verschow she'd formed a close relationship with Arnulf Hainaut, and after a brush with death Arnulf was roped into working for the Lady of the Lake as well. The two of them have been spotted traveling through the frontiers of Pescaliat for several years, ever searching for the ones worthy of the Lady's weapons. 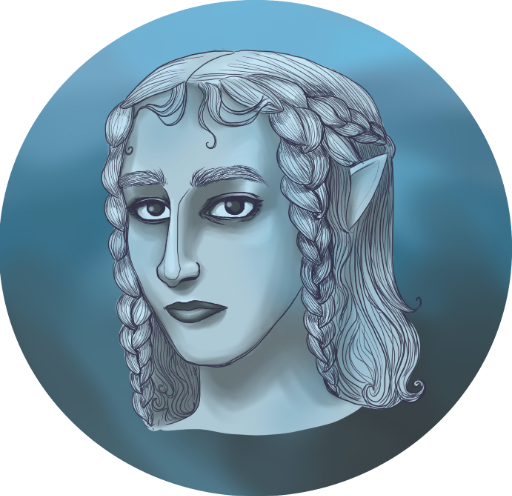