A hobgoblin bard and veteran of Rakka's campaigns against the Verschow's drow. Weary from years of terrible warfare, a mysterious organization known as The Shroud offered to pay him well to train a new generation of agents in the art of war. He became a stern but effective teacher at the Shroud's headquarters in Kanara, but in the spring of 908 he was tasked with investigating a budding cult by Medraad Le Fey himself. He survived the grueling mission in Watchtower, but for the rest of his life he stayed in Kanara instructing new agents on how to talk and fight their way out of a variety of situations. 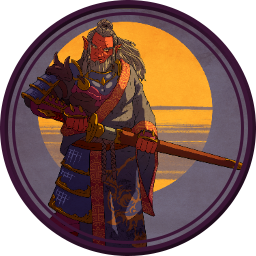