His caramel blonde hair and his violin case which he carries around. He sometimes wears a cowboy hat.

He was born in the country known as Slaria. His family was working class. He had a younger sister called Aqua who he valued. When he was six, he heard music for the first time and it inspired him. Two years later he picked up piano lessons. His mentor was Hakeema Chen and had taught many fabulous students. They taught for thirty years. Alon played for seven years before his mentor encouraged him to play violin. His family couldn’t afford it and talked to his mentor about it. He said that he knew a great friend who would help.   He and his mom went to the location given to them. They introduced themselves and managed to get a violin for a cheaper price. Alon practiced everyday and got into a music class in school. He was the best in the class. His teacher and his family were impressed. When his first concert rolled around he was nervous about playing in front of people. He managed to get over it and discovered that he liked having an audience. All throughout his elementary and high school years he increased his skills and his family was right along with him.   When he was in college he studied music at Providence Institute and got his degree. He started playing in his hometown and he expanded into random towns and cities and just played. There was no announcement and his music always had a light, eerie tone to it so people started associating him with spirits. Whenever they talked about him they would mention him as “The Silver Ghost” and this became his nickname after a few months and he gladly embraced it. Once he saved enough money he got a new instrument called the Stroh Violin. Alon fell in love with it within a year. The sound was amplified and it made for a greater experience. He made up songs on the fly which were calm and relaxing.   He played for a few decades before his fans started to disappear. He wasn’t expecting the sudden drop off in fans but he had his family help him through it. The genre started to get old and a new style replaced his. Only a handful are loyal to him to this day. He has inspired others to play music and continues to play.

He had a few friends who worked in the sound industry and asked them to help record some of his songs. They started working on it and it took a few years before they were released to the public. They also created music on CD’s for younger people. They started arriving at music stores and they gained little attention for a few months before some of his remaining fans found them. He also made some newer songs which he also played live. He has over 30 songs to this day. Alon took a break from music for a few years to take some time to reconnect with his family.

I taught him and he became a legend. He was called the silver ghost but to me he’s just Alon - Mentor

Becoming a famous musician and having a good mentor and family to support him.

He’s kind and caring. He loves his fans and tries to be nice whenever he can. When he feels grief and loss he closes up. Whenever he feels down he thinks of his family which inspires him to keep going.

His mentor, fans and friends.

Mom and his sister Aqua.

You can do it, Alon. You've been doing this forever and I don't want to see you give it up.

Just because they don't like it anymore doesn't mean it's not good. I still enjoy them.

I appreciate it, Aqua. I need a little break that’s all.
— Conversation between Alon's mom, Aqua and Alon 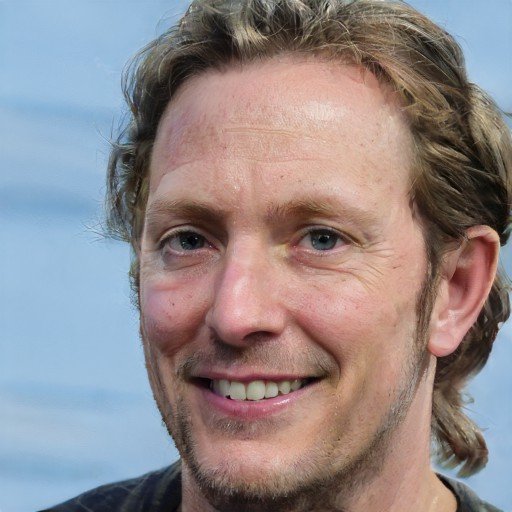 Nice article. The stroh violin sounds super cool. I'm wondering why people started calling him the Silver Ghost. Is there a story behind that?

Thanks! I’m glad you enjoyed it, He always appeared randomly without anyone knowing. His music always had a light, eerie tone to it and people started associating him with spirits. Whenever they talked about him they would say “the Silver Ghost”. It became his nickname after a few months.

Nice article. I like that he was not just good a music out of thing air but had to learn for it and that he got the opportunity even if he was poor.   "He sometimes wears a cowboy hat which some of his fans know." this sentence seems a bit weird.

btw don't forget to enter the article for the challenge!

Thanks! I’m glad you enjoyed it. Will fix that sentence

I follow the other two commenters here - that was really a nice article. Relatively short and easy to read, still it gives a good impression of the person and makes them feel real. Maybe another quote for the latter part of the article would be nice, lending a bit more show instead of tell to aspects like his kindness or his relationship with his family. :)

Thanks! I’m glad you enjoyed it

The article definitely had good flow, making it very easy to read. as with hcraven i was wondering where the Silver Ghost nickname came from and think it would be good to add into the article itself. I also think you could mention his family a little more as besides listing them as relations and "he valued his younger sister Aqua" they are basically absent from the article. Overall though, good article.

Thanks for the advice. I’m glad you enjoyed

Nice bard! Do you have example of the type of songs/lyrics he played/sang? And what style of music he played and which one become popular after? Did he thought about changing his style to stay relavant, or did he have enough money to retire by that point and didn't care as much? Or on the contrary, was he very hurt by the loss of his fans?

Thanks! I’m glad you enjoyed it. There is no lyrics just sound. He never retired from music and continues to play. He never changed his style of music which people relate to spirits and was hurt by the sudden drop off in fans but managed to recover. He loves music and isn’t going to give it up. I got Cowboy Bebop vibes from the story and layout, good work. Could definitely see this character doing epic stuff.

Thank! I’m glad you enjoyed it

He looks like an interesting person. I don't know your world and it makes me wonder if his nickname "The Silver Ghost" is purely metaphorical or there is something spiritual about him?

Thanks! I’m glad you enjoyed it. His nickname is metaphorical

Even from a time perspective, it is incredible that Alon would become the founder of the genre unless I misinterpreted that part? Poor guy... :( With all the fame and positive energy to boost him, a sudden drop must've been devastating and discouraging to say the least.   Thirty songs over a few decades feel like a small number. Was it because people loved the pieces and there was no need or was he satisfied with those, which he made?   Awesome character. Thank you for sharing it!

Thanks! I’m glad you enjoyed it. He did get devastated when he lost a whole bunch of fans and he didn’t invent the genre just made it more popular. He made a bunch of songs when he was gaining attention but only made a few new ones after he lost popularity.