The Paunis is the easternmost river of the Confederation of Tarrabaenia and for the most part constitutes the eastern border of the state Tebrina. Here in the east, lack of competition enabled the Tarrabaenians to push beyond the Sévo Mountains, that otherwise limit their access to the north and the east. Beyond the Paunis to the east, lie the steppes, deserts and savannahs of the Madini, while thanks to many tributaries from the Sévo Mountains, the area west of the river is suitable for agriculture.

The Paunis' source is not somewhere in the Sévo mountains, as one might expect, but rather one third of the way between the point where the Sévo Mountains and the Úhtisnálbjó are closest to each other. The water is lukewarm at its source and only later is cooled down by the cold water from the tributaries originating in the Sévo Mountains.


As it mainly flows through flat land, it is a very peaceful and slowly flowing river. While its first stretch is rather small, as soon as it comes close the the Sévo Mountains, there are three tributaries in short succession making it a full fledged waterway - at least for smaller vessels. The Tarrabaenians call these Triés Altrises (Three foster mothers), while the Skaura Orohlen have individual names for the tree of them: Salbá, Albá and Kversá (the dirty, the white and the quiet brook). Just north of Remia the Muréna flows into the Paunis. From that point on the river is fully navigable, which is also the reason for Remias position on this part of the Paunis' course. The last third of the Paunis flows through the long stretched valley between the Sévo Mountains and the Ipindi Mountains.

One river, many names

The Paunis has been part of many peoples territory, a border, waterway and place of contention for those who settled or migrated through the general area. Thus it is no wonder that the river has many names. Today only the Tarrabaenians, who call it Paunis, and the Madini settle close to the river.


The Madini have a name in their own language, calling it Asiryowo wa Inaoke, which means 'The secret child of the volcano'. This alludes to its warm temperature at its source and reflects the belief of the Madini people, that the Paunis stems from the Kugela Inaoke, the huge volcanic island in the Mukebahari bay.


The Skaura Orohlen sometimes go as far south as the Paunis. To them it is known as Furðflaut, which only means 'the stream that flows off' as it flows away from their settlement area.


Yet another people that used to live in the general area and had the river named where the Duiniken. They too referred to the warm source water of the Paunis and called it Cíns Fhóns, literally 'warm source'. The second part of that name is probably even the source of the Tarrabaenian name Paunis, considering those two languages belong to the same language family. Nowadays, however, puteoló is the Tarrabaenian word for source.

Paunis - a portal to the east

When the Tarrabaenians first discovered the Paunis, it was at its mouth at the Grey Sea. A Tarrabaenian fleet commanded by Asterius Poírius Acássia in pursue of a Mdûlûn fleet that tried to harry the Tarrabaenian coast during the Third War against the Southern Elves in vain came past the Paunis' mouth and called it 'Fússus' (can) back then because of it's strong current, resembling that at the spout of a jug. At that time he could not yet explore the Paunis further, as Tarrabaenian ships were unfit to go against such strong currents.


Later, when Avenna Turillius Plurumus expanded the State of Tebrina east over the Sévo Mountains, he rediscovered the Paunis river. Only later it became obvious, that the Fússus and the upper and middle run of the Paunis were one and the same river. The right bank of the river was by then already the place for the settlement Remia and played a huge role in the city's economy and protection, so the name Paunis was already deeper engrained in the public consciousness.


At first, ships only traveled downriver, as the last few dozen miles of the Paunis are wedged between the two mountain ranges and thus it's too fast flowing to be sailed upriver. So wares could only be sent from the eastern areas to the Tarrabaenian mainland. It is safe to sail though, as the current has also effectively cleaned up the riverbed of debris that might have fallen from the mountainsides. Later the Tarrabaenians started to tow the ships upriver, as soon as the fitting infrastructure was established. Since then the Paunis is not only the main transport route of wares produced in Remia or traded with the Madini, but also the other way around. Due to the special challenge the river's lower run offers, the majority of trade still goes from the east to the west. Nonetheless, this way is far easier than taking the passes through the Sévo Mountains.

Culture and traditions around the Paunis

The Paunis has only one major settlement on its shore, the Tarrabaenian city Remia and its offspring, Noa Remia, on the bank bordering Madini. Remia is the northernmost and also the coldest city of Tarrabaenia and thus called the City of Frost. Apart from this climatic trait, Remia is, albeit not the biggest city, the most blooming and diverse of its province. This is due to it being a node point of trade between all of Tarrabaenia and the rest of southeastern Erana. This trade is facilitated by the Madini, as they don't let other traders past their lands. Nonetheless travelers from Andaperna, immigrants and traders from the former Trásacuina region as well as wandering Skaura Orohlen find their way into the city, making at least Noa Remia a place of great diversity. The western part of the city, Remia, is more uniform due to the protective policy of the Tarrabaenians.


This mix of cultures has also led to a considerable domestic tourism of richer people or their servants from all over Tarrabaenia to enjoy the diverse food culture of the place or for the acquisition of spices or delicacies.


Also one of Remias most important festivals, the Éppuló grangiús, is centered around the Paunis, as the main event is a feast of crab meat from the Woolly crab. This festival plays an important role in the year cycle and marks the end of the agricultural season of each year and is a form of send-off of the summer, welcoming the winter and especially worshipping the moons, the main light sources during the winter. 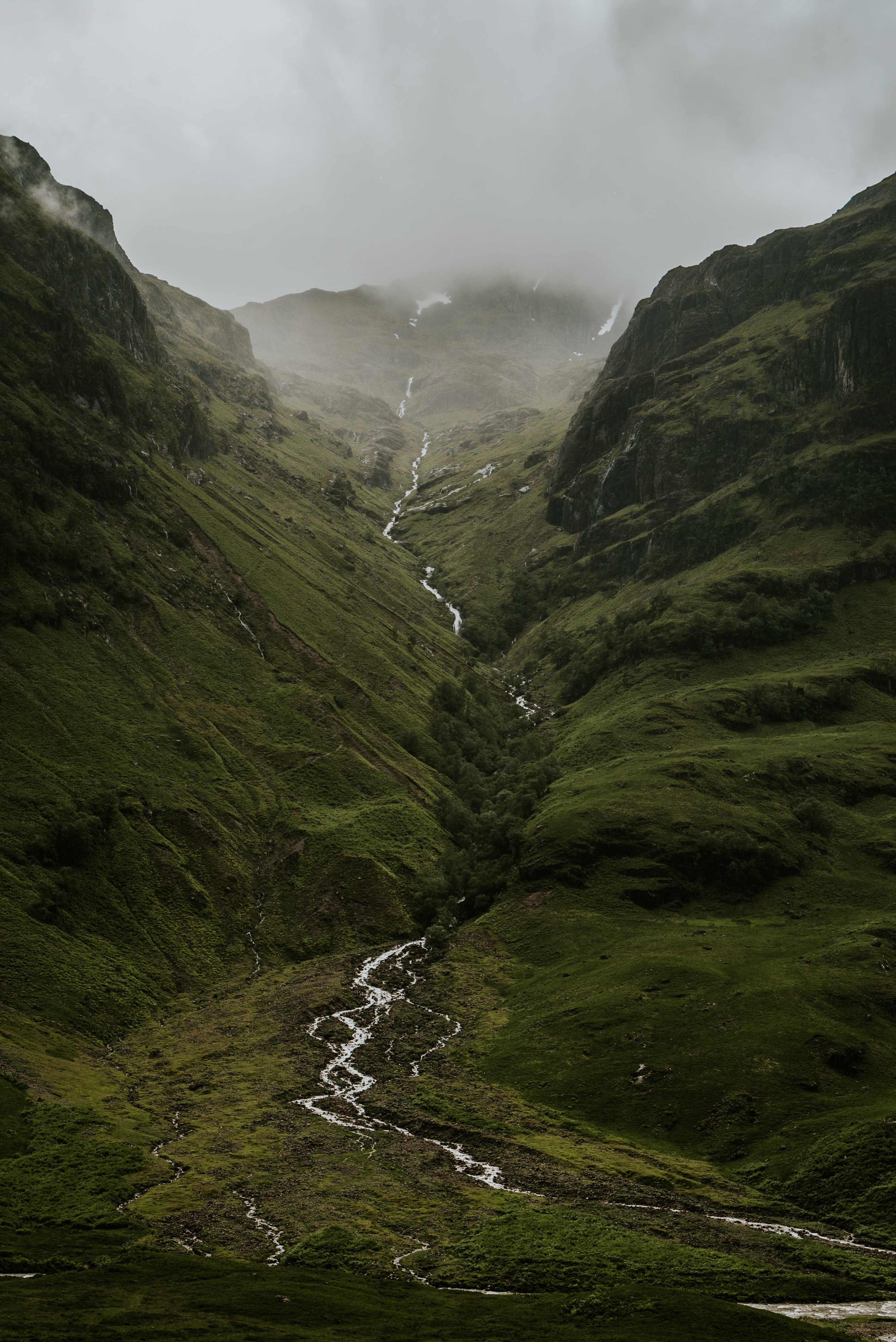 by Matteo Badini
One of the Paunis' many tributaries flowing down from the Sévo Mountains.
Type
River

Makes ship. Sends it downstream. Shrugs. Builds another. That must be exhausting! o_o   You got a tiny bit of repeated identical paragraphs in the Portal to the East section.

Well, that would only make sense if the mainland need transport vessels, so why not produce them in the east and let them float downriver all packed with wares? :D Not a sustainable way to go about things in a premodern society, I confess, but every now and then it just might be an option. Oh, indeed! Deleted that and touched upon some weird expressions somewhere in that general vicinity. Thanks for pointing that out. :)

Good point, double-whammy: Selling a ship, AND its cargo!

Always nice to get a bit of naming background, I find that kind of stuff pretty intersting :p I was wondering in the top of the article you mention that the river is slow moving and in history you mention it has fast currents. Is their difference between mouth and higher up river perhaps?

Hey, yope, that's kind of an evergreen in my world - naming. So many cultures and languages... Yeah, you're right - had to double check whether I messed my description up somewhere, but it's in the last paragraph of 'Source, course and mouth' and also last paragraph of 'Paunis - a portal to the east'. The two mountain ranges north and south of the Paunis create a pretty narrow river bed, so the water is forced through there and flows faster. :)