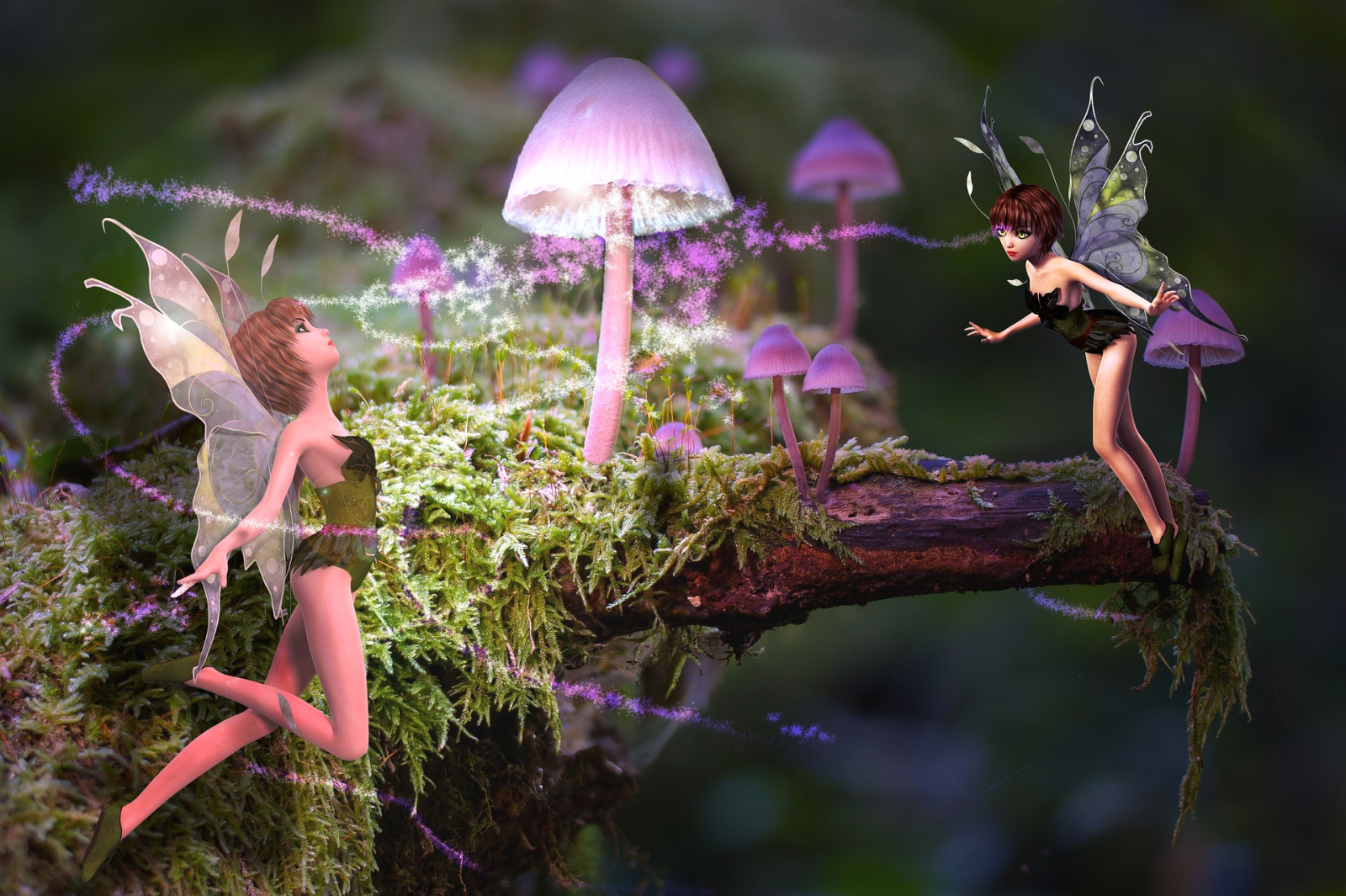 "I truly don't like him, Sparkle," Twinkle murmurred while pointing to the human. He was setting the trees he had recently cut down ablaze. "I don't mind when they harvest the trees for building things out of, but to cut them down to just burn them is a waste."   "Twinkle, I quite agree. If he doesn't burn the stumps we can do something about it though." He giggled at the thought.   "Oh, Sparkle, that is brilliant. Now, we wait until nightfall. I will wait and watch, while you get Dazzle, Glint, and Flare. With five of us we can see the trees regrown and then some."
— Conversation between two pixies as they watched a human farmer clearing forest for more fields.

Pixies are the smallest of the fae, yet their magics rival those of the leprechauns. They have been known to cause entire fields to become vast copses of trees. This happens when they see the farmer just cutting and burning the trees to clear them to increase his fields. 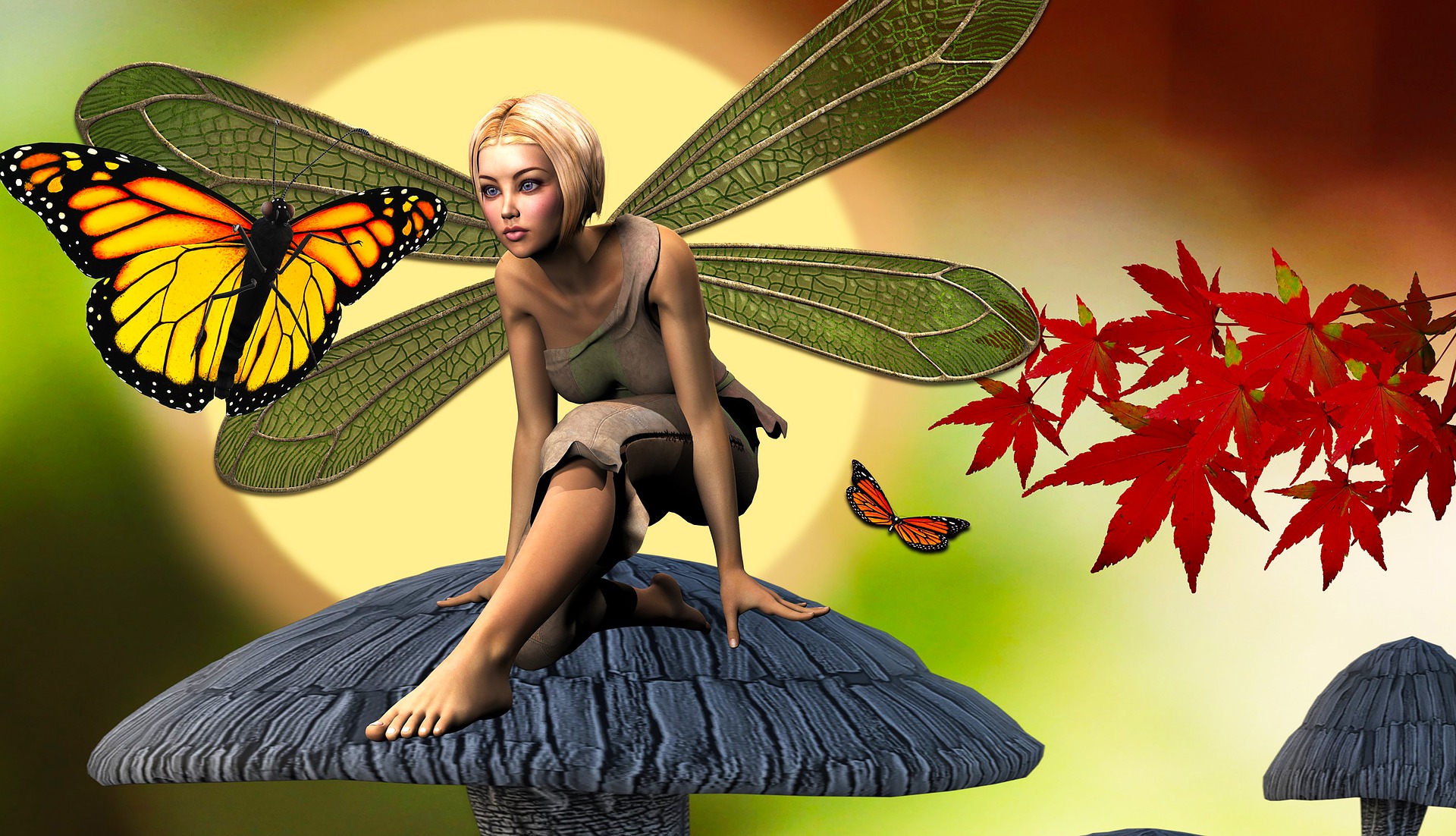 by GeorgeB2
Pixies enjoy working with satyrs, drus, and dryads to protect nature in any way they can.   Pixies are by nature nocturnal, but they have been known to venture out in the daylight when they sense the forest is being threatened. This sense is an automatic feeling and will wake the pixie from a sound sleep. Pixies, when dealing with these intrusions upon their territory, utilize Pixie Dust.   While flying pixies trail glowing dust behind them, which create fantastic light trails. Most humans mistake pixies for fireflies. Some have even been caught by small children who are notoriously curious. Those pixies caught by young human children do not always fare well, as they cannot be kept in captivity. Taking a pixie out of their territory causes their magic and frail bodies to dissipate.   The few children who have heeded the pleas of the pixie to be released learned more about kindness than they otherwise would have. They became known among the pixies as fae friends and have seen the generosity of the fae in return. Even some of the dark fae, like the Baensidhe, have taken to watching over the families of those that have been granted the accolade of fae friend.

Pixies are named for different forms of light or lighting effects.  Names like Spark, Dazzle, Glare, Twinkle, and Sparkle.

Pixies live in large communities united for the preservation of the natural world. When they are not tending to sick plants, they can often be seen cavorting near pools and springs.   They consider life to be too short not to have fun. They enjoy games such as tag and follow the leader.

It is considered rude to watch a pixie while they are bathing.  That is unless they have given you permission.

Pixies enjoy bodysuits in many different varieties.  These can include full coverage to barely there.  Pixies enjoy colour coordinating their outfits to go with their skin pigmentation.

Pixies enjoy making intricate patterns in the night sky.  They have been known to work together to create vast pictures of landscapes through their different colour trails.

Pixie births are celebrated by the community.  With the young unable to fly, the community performs a welcome dance just outside the home for the new pixie to see while being held by one of the parents.

Pixies come of age the moment they can fly. After one hundred twenty years of being unable to escape their parents, the first thing they do is fly away from home. They do this in secret for fear of being caught. Little do they know, the parents have been expecting it for months before the actual event. When they return to find their child missing they do not panic but celebrate in private. This is so that the other young pixies in the home are unaware of the joy the parents are taking in the knowledge of the success of the new adult.

Pixies have a tendency to perish suddenly. When they do, they turn to dust which settles across the territory they have claimed to be under their protection. This magical dust nourishes all the plant life it touches. When it lands on pools of water those pools become infused with the magic of the pixies.   When a pixie dies, there is always a memorial to them.  This comes in the forming of a "Fairy Circle" comprising of death's head mushrooms.  These circles are between six inches and three feet in diameter. 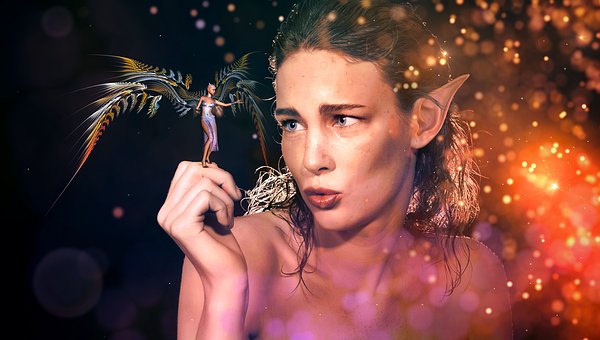 Pixies find it taboo to mourn the death of other pixies.  Instead, they will celebrate the life-giving essence that protects the forests and glades of the pixie.

It is said the spring in the hidden plateau of Tanneris once had a pixie guardian.  When this pixie died the spring there became magical and all the cattle perished.

Courtship for pixies consists of an elaborate sky dance . When both involved are pixies this can lead to quite a show. It is not unknown for many pixies to become involved, thus leading to many courting couples. These courting sky dances inevitably lead to the mating of those involved. Pixies mate on the wing.   For the times they choose a non-pixie partner to court or mate with, the pixie will still perform the sky dance. This will end with the two partners finding a secluded area for their coupling.  Pixies are very shy about their larger size in these matters, and so will only share it with their partner.   Pixies will never court someone who is cruel to plants. They do not consider planting for harvest as being cruel.
Corrigenda    Fae    Fae Wildlands      Fae      Pixie
Encompassed species
Related Organizations

Pixies have dragonfly or butterfly styled wings, this causes them to be confused with the insects. Like the sprites, they can become larger when the need arises.

Pixies, due to their diminutive size weigh between thirty and fifty grams, or between one and one point seven ounces.

Pixies, like all other fae, are capable of breeding with any of the sapient species. They are capable of becoming twelve times their size; meaning they can become as large as five feet tall. This is a feat many sprites seem to envy.   Pixies mate while in flight. These can lead to some spectacular light shows, as the courtship is done at night. Though it is possible for them to mate without flight involved, it is rare. Pixies mating with those who cannot fly still need to fulfil the courtship ritual dance.

Pixies, when they are born, are about the size of a sunflower seed. Their wings are barely nubs on their backs. As they enter adolescence their wings begin to form. With the onset of adulthood, their wings are fully developed.

For pixies, they reach sexual maturity at a young age. The lack of wings makes it difficult for them to reproduce until they have reached adulthood.   Female pixies start their cycle at fifty years of age, while males are capable of procreation at fifty-two. While the ability is there, they require a ritualistic unlocking to trigger the actual fertility in order to become pregnant.

Pixies are bioluminescent.   Their skin tones vary through all the visible spectrums of light.

Pixies have very childlike faces until they reach the age of seven hundred years. At this point, they start to show their age.   They have very finely pointed ears. Their eyes range through the metallic shades from gold to silver.

Pixies hear the rhythm of the planet.  Because of this, they seek out the trouble areas.   Pixies enjoy using their magic to heal the flora near where they live.

Pixies live in wild forestland. They make their homes in the hollows of trees, usually abandoned nests or hollows made by woodpeckers.   The forests and lands near where they live are unusually verdant and healthy. This has caused their homes to be threatened by human predation.   They come out mostly from twilight to dawn, tending to nature and playing at pools and ponds. 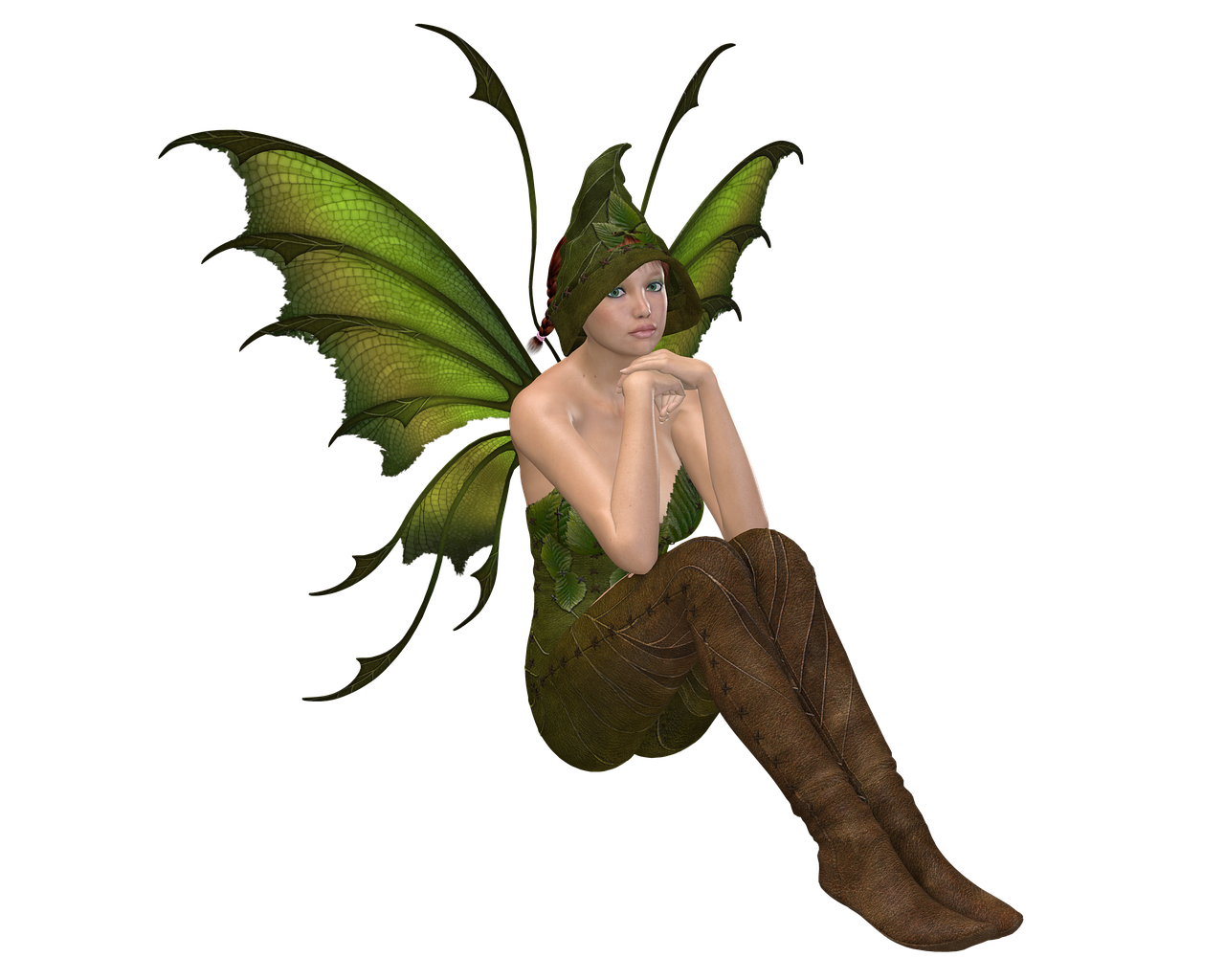 This is the magical dust created by the pixies as an after thought.

I love the idea that their courtship ritual is a sky dance. That must be pretty to watch! <3