Macardianism is a widespread religion within the realms of men. It's worship focused entirely on the Divine Marriage of Amagus and Cardia. It is treated as an inherently orthodox sect, exclusive to humans, who deny the existence of the non-human gods. As for it's domains, they are decided upon by Patron Saints rather than explicit celestial beings. It is lead by the Macardian See, a prophet of Amagus that retains great political power in Tallia and Madeci.

Macardianism is an ancient religion. It first began sometime after the Liberation of Men in the 1050's, where humans reorganized their banned religions. The humans believed that it was the knowledge of war from Amagus and Morganine, as well as the love of Cardia, that saved them from their dragon kings. As such, the worship of Amagus and his divine wives prospered for a thousand years, temples of the gods being built across Tallia, Madeci, Chunc, and the western reaches of the Kellerite tribes. This religion of the divine polygamy was called Triacism.   However, sometime the start of the third millennium, a great reform came from a prophet in the courts of the Tallian Empire's Creethian dynasty. The prophet, named Lussier, believed that men were committing grave sin in participating in the bloody rituals and callings of Morganine. Instead he emphasized the tenants of knowledge and love from Amagus and Cardia. Lussier's words spread throughout the Tallian Empire, being called a Great Evangelist, and soon established a new church within the city of Lontitano. Over the next few decades, the great Macardian Reform spread through the empire.   After the fall of the Tallian Empire, the head of the Macardian See, named Macar Henricus, promptly took over the emperor's power as the bridge of heaven, and became in control of political affairs of the area of Lontitano once the Pungian Empire invaded. Through this the Macardian See retained some geo-political influence across the globe of Talamh, as kings even from the distant lands of Gotha paid homage to his religious power.

According to Macardian Mythology, once the human god Amagus had two wives: the goddess of war, Morganine, and the goddess of love, Cardia. However, eventually Amagus grew bitter against Morganine who desired his attention more, and thus divorced her in favor of his second wife (made from his very heart) Cardia.   Now, Amagus and Cardia are believed to be monogamous and happily married. Through their intellect and love they believe humans must both share a rational mind, as well as an empathetic one, in order to thrive in the harsh world envisioned unto them by Amagus' magic.

Often people who follow Macardianism turn to their local churches or parishes to find divine healing or penance for their evils. It is a religion of faith and also rationalism. For example, following Cardia's tenants of love and mercy are signs of faith, and so is worship of Amagus making arguments of ethics on a celestial level. Macardianism is a religion with great emphasis on philosophy.   Macardian rituals often involve penance in the daily life. If one has committed evil, it is expected to be repaid and can be forgiven by Cardia. This can be done through observation and memorization of religious texts, as well as confession of acts of kindness or, in the open, being a loving member of a great family. On the third point, such acts of familial strength have bled their way into human dynastic culture in kingdoms. Often the showing of a faithful king is one who cares for his very household and rules with wisdom and mercy.

Direct worship of Amagus and Cardia as part of a clerical order or paladin order can lead to being granted limited control over the world by matter of faith. Often the greatest and most faithful of priests within Macardianism have been able to commit miracles. However, not all priests enjoy to favor the tenants of Knowledge and Life, and prefer to focus on different domains. As such, one great aspect of Macardianism is the so-called intercession of the saints. Often different saints, like St. Ascus of Myrna the Patron of War, can be subjects of devotion in lifestyles such as war domains. This has added great flexibility to Macardianism to benefit all aspects of human culture. 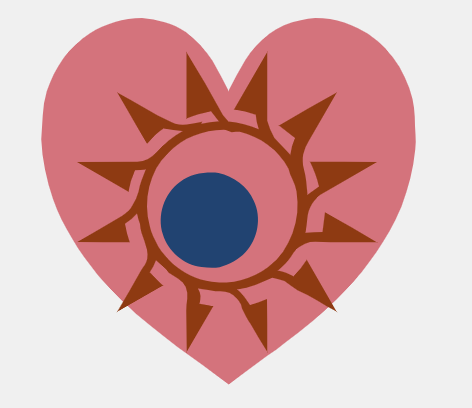 Valiant hero of Tallia and Madeci, Saint Ascus' name is called upon the Macard Crusaders of the lands of Eiren and Faraway.

The Pantheons of Talamh