Saint Ascus "The Brave" of Myrna was, in Macardianism, the Patron Saint of War and Chivalry and a historical hero of the nations of Tallia and Madeci.

Historically, Ascus' family and background is relatively unknown. It is said that he had a wife and children, but they were largely abandoned. Testimony by Emperor Creetens Deosus Maximus, a close friend of his, states that he was found as a drunkard on the streets of Myrna. After a battle with cultists of Loxelel, Ascus devoted himself to an oath of conquest (whether he was swearing it to the goddess Morganine is disputed) and joined Creetens and his fellow adventurers on their odyssey.   The events of the odyssey have been viewed as largely fiction, but it was known that Ascus participated in stopping the Great Rebellion of the year 1A 2003. With his fellow adventurers, Ascus assisted in putting down King Asthenios of Potea but was slain in the process of the battle. A festival was held in his honor by then-elected emperor Creetens Deosus Maximus. Ever since then, his feast day has been on September 12th every year.

Ever since his demise, the compiling of the "Odyssey of Dragoncrest" has filled much of his story. For example, legend tells that he battled a hydra with his fellow adventurers, as well as confronting the terrible Gorgon Sisters of the Madeci islands. These examples have made him a basis of valiant speeches and stories for children.

Though it is widely believed that in life he worshipped Morganine, the Macardian See has made it holy canon that the soul of Ascus served Amagus and Cardia in his battles against the great persecutor Asthenios. Now, many clerics of the Macardian faith who are destined for crusade often speak of his name in battle. He is also a constant focus of prayer for paladins and knights. His holy symbol is that of a hydra's necks twisted, to show his valiance against the terrible creature that challenged them on the missing island of Demetria. 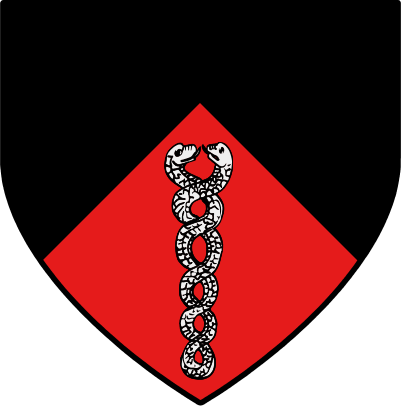