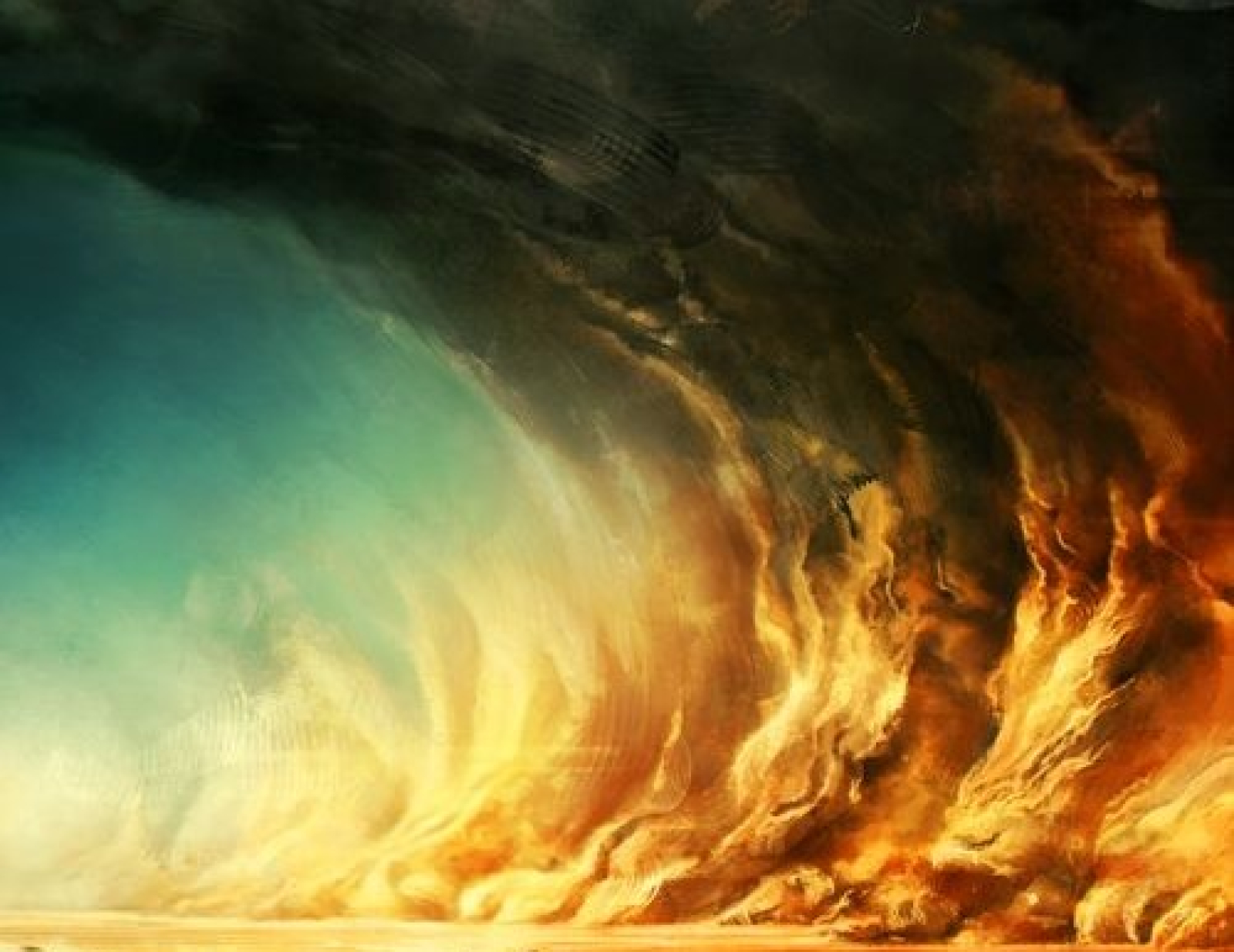 Most of the Surface of Araea has never been seen by human eyes. These shrouded lands are cloaked by such intense Blight that they are impossible to traverse and impossible to explore. Every city-state and every priest has their own idea of what lies beyond the veil of radiation, the seed of both heavens and hells.

We got as far as about a mile deep before. The land looked much like it had in the meza we just left, but there was a heat in the air. My skin felt like it was on fire and every breath made my lugns seize.   Marak wanted to climb that one last hill, thinking there would be something beyond it. We left him to go there alone; I've seen enough sand and stone without being poisoned any more.
— Surface explorer, heavily irradiated

The shrouded lands cover most of the world and no one knows what lies within. A few attempts that have been made and they've found little different from the regions of the world already known. The Shrouded lands are not entirely continuous, though. Some pockets remain free from radiation that humans have been able to visit them by underground passages.   The unexplored lands are often lashed by storms and obscured by radioactive dust, proving another hazard to the unware. Worse, in many cases it is hard to tell when one has passed over to from safe grounds and into the deadly areas of radioactive without the expert eye of a Blight-Tracker.

Not all travelers tell of barren, blasted land. Some return with tales of strange cities of crystal and valleys of a thousand colors; even plants growing in the depths of the shrouded land. For the most part, these are dismissed as the ravings of a mind broken by Blight, but some still wonder...

Things are bad enough out here. Can you imagine what they're like to survive in there?
— Sencha, Blight-Tracker

The creatures who live in the shrouded lands are uniquely adapted to surviving where Blight would kill lesser beings. Some, like the legendary Mahu'ca, occasionally venture into the part of the Surface visited by humans.   So far, very little is known about what, if anything, lives any further in than a few miles. There is no lack of speculation and every few decades, someone braves the certain doom to bring back the bones of creatures unlike anything else found in Araea.

The Shrouded lands form a natural barrier for how far humanity can travel across the Surface. Every city-state near the Surface have their own relation with the irradiated regions, either as a shield to prevent the march of hostile armies or a vice that constricts them into place. To some, it is the home of devils in the night that steal babes from their cribs while other see it as the logical end of the surface's inhospitable nature.

Few ever venture into the Shrouded Lands without good reason and no one knows how far the continents stretch beyond the reach humans. Much of the world look like it will forever be outside the dominion of mankind.

The region gets its name for the continent-spanning storms of dust and lightning that can completely cover the entire stretch of border between the shrouded lands and the rest of the Surface. These violent storms dwarf even the winds of the The Howling Plains.

One of the more striking elements of the Shrouded Lands are places where the Blight seemingly ignites in the atmosphere, forming waving patterns of light against the skies. No one is sure what these lights show or what omens they herald, but most agree it can be nothing good. 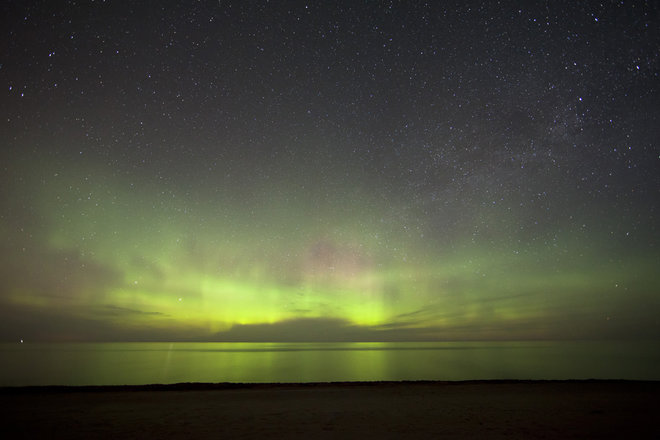 Change of the Season

The borders of the Shrouded Lands are not entirely static, but expand with the onset of the seasons of storms. Regions otherwise safe see a drastic rise in the ambient Blight and storms of dust can rage across otherwise calm lands.
The Surface

This is super interesting to read about, and I love the descriptions! The 'shrouds' that the area is named after really set the mood. The whole place seems dangerous and horrifying, but the mystery makes me interested enough to make up for it. I'd love to hear more about some of the things people have seen out there, maybe a quote?

Thanks! I'll see about adding another quote or two about what they might have seen. :D   Spoiler: It's probably something terrifying

Went through and got a few editing notes. Hope this helps! If you have any questions on grammar/spelling related things, let me know.

All that aside, I do really like the idea of what seems to be a radioactive wasteland that the people don't seem to fully understand (Calling it a blight and shrouded land instead of radiation). I'm curious if there's any more specific examples of some of the creatures from these lands.

Spelling/grammar stuff is always super helpful, especially now during my WorldEmber blitz, so I really appreciate it! <3   You can really tell where the hurry sets in, haha.   One of the creatures that often go to and from the Shroud is the Mahu'ca, a huge centipede/worm-thing that probably eats radiation, possibly eats other terrifying things in the shrouded lands   https://www.worldanvil.com/w/araea-qurilion/a/mahuca-article   But since there does indeed seem to be interest, I'll probably make more! And I might name them after awesome commenters xD

Super excited to hear about the shrouded lands, and it did not disappoint. There's a lot of intrigues and it makes me want to know more about the various secrets it holds. Why exactly is there so much radiation?

Thin atmosphere, less shielding, and in particular [REDACTED] has a lot to do with it.

....this is a subpar critique....I apologize lol lemme redo that.

This inspired me so much, I can’t believe it, this is amazing!

"made my lugns seize" In the first quote. The n and the g got flipped. no biggie.   I want to give a good critique here. Im very curious about other creatures that live here besides the Mahu'ca. I'm also curious about the what lies beyond section. I wanna know moreeeee. Are their articles that can be linked there or is it a secret?   The flora and fauna quote is quite nice but its a bit unclear. I perfectly understand what it is the character is saying but it isn't immediately obvious for me. Maybe a little revision to state clearly now bad creatures have to be to live in these lands.   Also, how did they try to enter the shroud lands? Were their any specific methods used?   I really love your descriptive language and you handle the vague but detailed style very well. I notice alot of depiction without description in this and many of your articles. That is lovecraftian thinking and I love it. I am very sorry about the subpar critique man. that was backnwhe. I was first starting out and I was cheating the rules hard core. I hope this makes up for it.