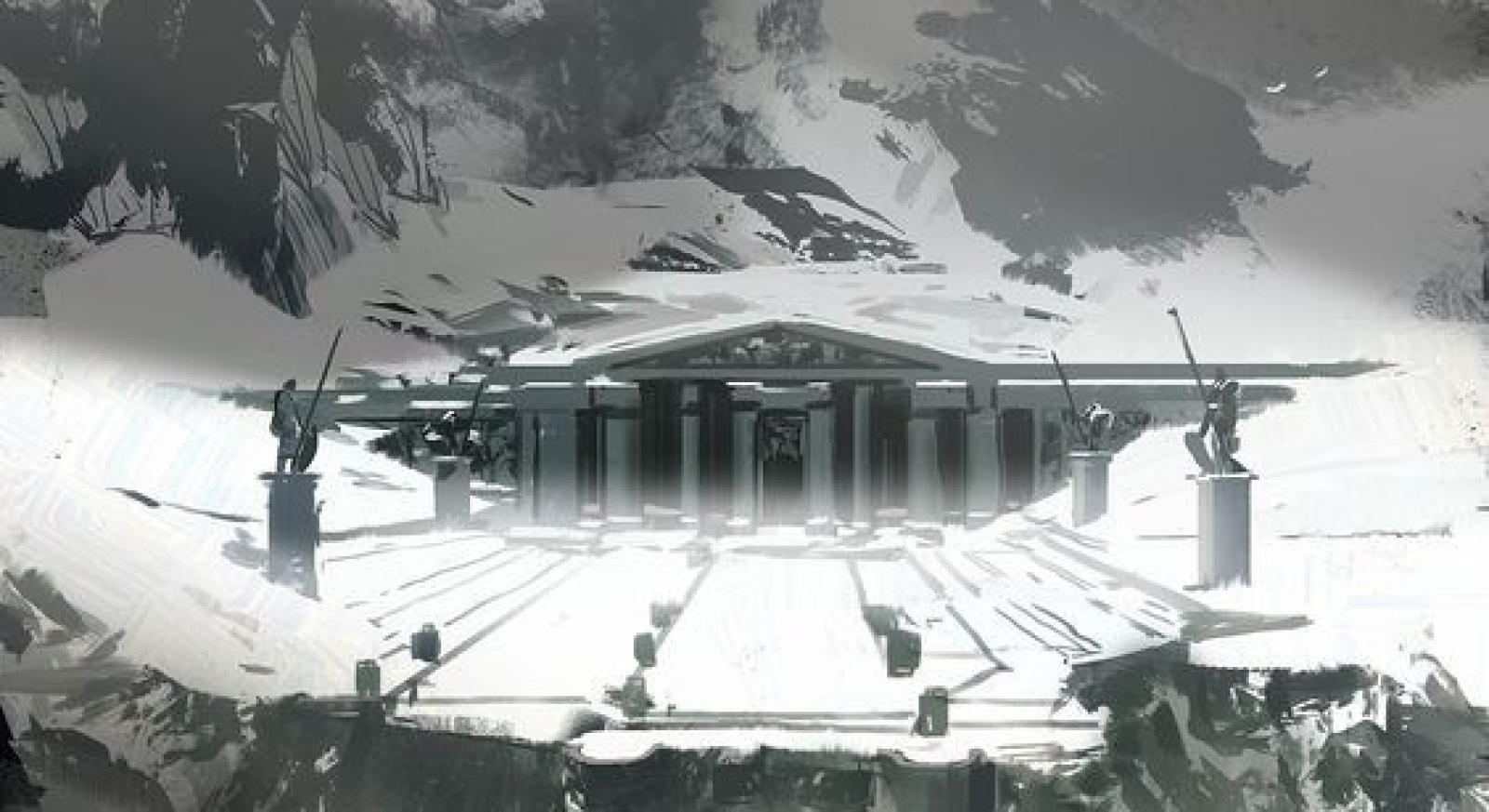 Dhanû is one of the great city-states within the Inner Shell of Araea. Hardened by their hostile homelands and the cold caverns of the Sheoin Region, the Dhanû's wars and raids into the rest of Araea is not a matter of want but of necessity. For generations, they have fought a losing war against the very land itself and watched it turn into a frozen wasteland.   But the Dhanû do not complain - they act.

by Miguel Eins
The center of the Dominion and the beating heart of its people, the city of Dhanû holds its ruler and all its squabbling clans. It is the seat of political and military power within the dominion and although smaller than its rivals, the city is holds thousands of souls. It is wrapped around the shores of Lake Hoshãn and sporadically extends down the Writhing Dragon River towards the Abyss.

One of the great City-States of the Inner Shell, Dhanû is forged by harsh cold and constant danger.

Sheoin is cold and cruel, with humanity's grasp on the caverns here shrinking with every year. It is not without its places of beauty or great value and no power other than Dhanû have a hold here.

Izhaso, the Forge of Bones

These forges sing not with iron and steel forced into shape, but with the bloody corpses and slain monsters made into arms and armor.

Isolated and alone, Utomo stand at the front lines of a war that warp the very land. Through bloodshed and hardship, the Hunter's Home remains unbowed.

Beyond humanity's feeble grasp in the Sheoin region, alien powers hold sway. It is a land of frost and cold, blooming from gardens of monsterous blossoms.

Over the last century, Dhanû have broken its isolation from the rest of the Inner Shell. While raiding is a honored tradition that date back to the city's founding, they have now begun to take land. The island-villages of Icaq, Mhaen and Szah in the Abyss have all fallen to the dominion. With the Abyss as their only route to the rest of the Inner Shell, the Dhanû have been forced to become skilled navigators of the subterranean waters.

A vast ocean deep beneath the Surface, the Abyss is a world of black water and alien things from unfathomable depths.

Dhanû had traditionally kept to itself. Their opinion on others are that they, although through no fault of their own, are not Dhanû. The Dhanû do not hate others, but think they they alone could survive their harsh homelands that this makes them better. It is a mix of perverse pride and jealousy that color Dhanû's interaction with the other city-states of Araea. Official contact is limited, not only due to cultural misgivings but simple distance. Travel across the Abyss is prohibitively dangerous for most city-states to attempt.   Rumors persist of certain unofficial meetings, of Dhanûians going to far away lands not to conquer but to talk, make deals and trade.

For the most part, others consider Dhanû to be violent raiders and madmen. Those with a more nuanced view and more insight into Dhanû's situation have more sympathy, but not so much as to forgive their piracy. They have few friends and only one real partner.

Dūbavum considers itself at war with the dominion. With the largest city-state in the abyss and the most holding across the black waters, Dūbavum have suffered the most from Dhanû raids.   It is not certain if Dhanû as a whole is aware of this, though some parties in the city-state are. Dūbavum is gathering forces and allies for a punitive expedition, though few wish to hazard the journey.

Also known as the Drowning City, Dūbavum lie on the shores of the Abyss. It is their blessing and curse, providing a plenty of seafood and dangerous, violent death.

Alazeta is Dhanû's lone consistent trading partner, largely due to efforts from the slavers of Alazeta. The Slaver's Gate are as unpopular in Dhanû as they are everywhere else and only a few deal with them.   But they are a necessary evil. Although the Dhanû warriors are unenthusiastic slavers, the trade with the Slaver's Gate brings in much needed supplies and food.

Welcome to the Maw.

While not as near as Dūbavum or as frequent a target, the Ahumahi hold perhaps an even greater grudge to the raiders of Dhanû. The theft of their harvests are blasphemous to the farmer-cults of Ahumahi and must be repaid in blood.   Fortunately for Dhanû, they are reluctant to travel so far from their fields. Instead, they support Dūbavum with funds and mercenaries. Raiders dread capture by the cults.

With access to some of the most fertile caverns in the Inner Shell, Ahumahi has grown large and prosperous. In a world where scarcity is frequent and survival is a struggle, Ahumahi is a place of plentiful food and plentiful breakbacking labor.

The Sheoin Region   The city-state of Dhanû lies within the cold and barren Sheoin region. Here, the land is at war with itself as competing eco-systems warp and mutate the very stone in their battle for supremacy. No matter what domains they conquer or what caverns they raid, this will always be their home.   Read More About Sheoin 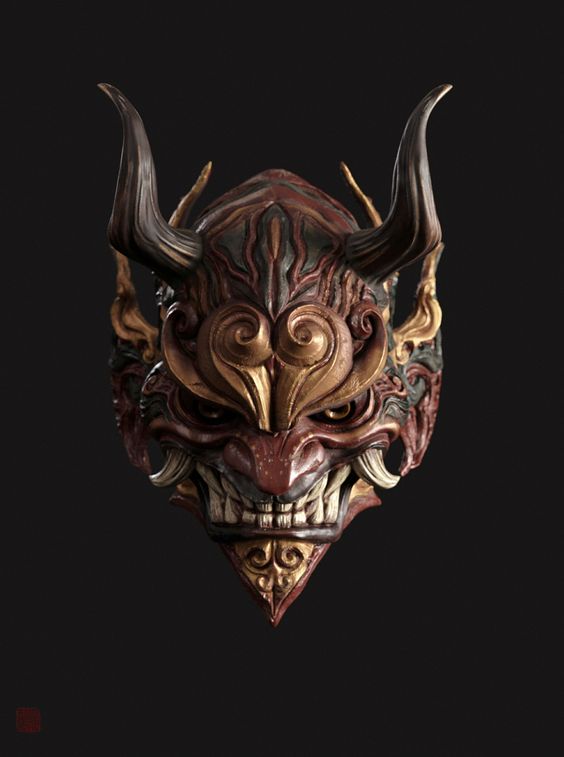 Proud warriors and skilled poets, the people of Dhanû are tough, rowdy folk bound tightly be traditions of obligation and expectation. While far from welcoming of strangers, any who earn the trust of a Dhanûian will find them steadfast friends willing to face the bleakest of odds without complaint.   Read More About The Dhanûian

Never have there been people with more of a chip on their shoulder than the Dhanû.
— Cerrone, Dūbavian Ranger

The Clan is a central concept of Dhanû society - a family of families that band together against greater threats: usually other clans.

The central space of any clan's holding, the feasting hall is where bonds are renewed, feuds settled and alcohol consumed in vast quantities.

Necessity is the mother of invention. Starvation is her more experimental sister. 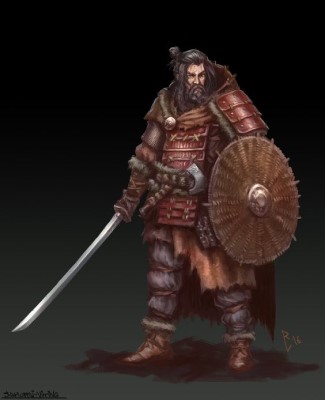 A deadly warlord of Dhanû, feared by friends and foes alike. Behind the monstrous mask lies a cunning mind unlike any other in the city-state.

Monster hunters and rangers, the Imaður is the Dhanû word for "slayers" - an apt description of their talents.

Warriors who drape themselves in the ichor-oozing carcesses of monsters and channel them into fierce style of battle.

Times are changing in Dhanû. The current Exarch is old and weak, and his edicts more frequently ignored by his unruly servants. The clans smell blood in the caves and gather forces for the upcoming struggle to determine who will rule next. At the same time, Dhanû is threatened from both within and without. The cold-spreading monsters in the Lost Lands reach further into Dhanû's domain with every year. The drowning city gather their forces for retaliation, bolstered by mercenaries and zealots. Within Dhanû, cultists lurk in the darkness and shortages threaten everyone from peasant to prince.   But in Dhanû, all eyes are on the throne.

Very inspiring article, it makes you want to dwell deeper and learn more! Good job, keep it up!