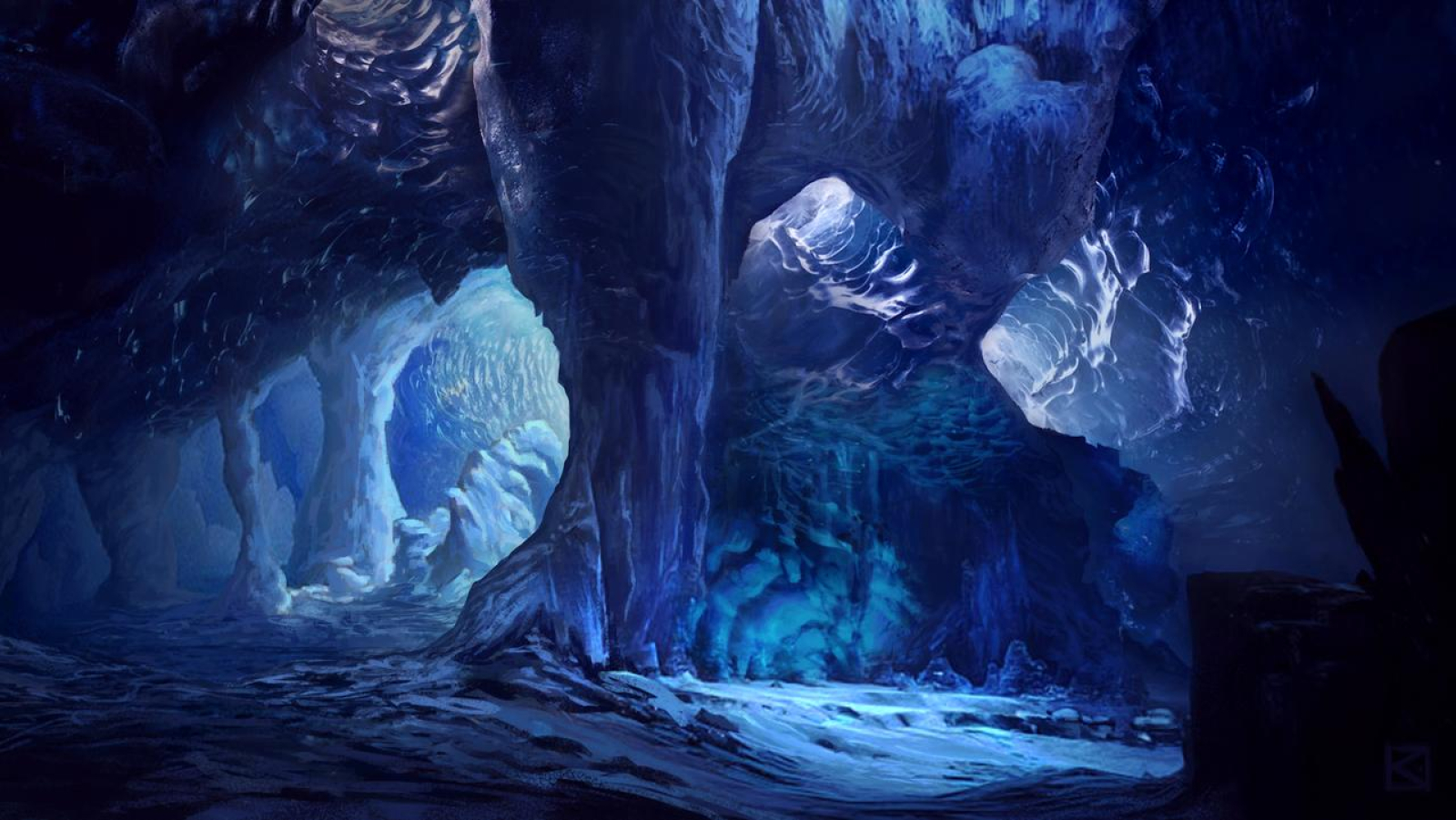 When the land itself is the enemy, how do you hope to conquer it?
— Ramaður-shi, the Iron Hag of Dhanû

Beyond humanity's domain in the Sheoin Region, alien powers hold sway and have twisted the land into a frozen wasteland. Ice and snow, not normally found at the depth of the Inner Shell, encase the cavern stone. Frost strangles all normal life from the tunnels and monsters are birthed deep within grotesque gardens of living ice and bone.   Every year, the Lost creeps further into the Sheoin Region, closing like a noose.

The Lost sprawls across the edges of Sheoin and continues deep into unknown parts of the Inner Shell. Only the Writhing Dragon river of Sheoin and its path into the Abyss remain clear its spread. It is difficult to determine the true extend of the Lost Lands, with travel difficult beyond even a few miles. Many tunnels have been closed by the growing ice and even vast caverns shrunk down by the spreading hives of frost.   The Lost Lands are cold. At the borders where Sheoin and the Lost meet, the temperatures are only chilly and some healthy flora still survive. Stone still rivals ice and frost is not yet omnipresent. Further in, the caves become freezing and venturing further without a way to ward off the cold is almost certain death.

Even the oldest records speak of the spreading cold and no one in Dhanû is sure when it began - or from where. A curse from cruel gods or angry devils, invaders from beyond the Far Deep... No one really where it all began.

Blossoms dominate the landscape in the Lost, growing and spreading to colossal size. These hives of living ice are what radiate the cold and chill the land. Chittering swarms of insect-like things spawn from the bone-like roots and sculpt the ice with their incessant chewing. The Lost varies from ragged and chaotic gardens, gnawed away and rebirthed again and again to smooth, organic stretches of ice that flow through countless caverns.

Housed in one of the largest caverns yet claimed by the Lost, the Fortress is jumble of sharp jutting pikes of ice and sheer walls that have grown all the way to the ceiling. Monsters prowl the slopes, like warriors on patrol. Whatever the huge cavern once was has been entirely lost and consumed by this massive glacial structure.   Dhanû have been forced to respond in turn and war-camps frequently spring up in the caverns around or close to the Fortress. Some hunt the creatures spawned from the gardens well inside its walls or prevent their spread further in. Others seek to cut the corruption at its core, hoping to gouge out the heart of the fortress.

There are caverns in the Lost where it said to be so cold that the blood will freeze in a warrior's vein. The Freeze is an elongated cauldron of a cavern where the Blossoms have massed into one titanic garden. Chitinous tendrils snake across the ice-covered stone like veins from a heart and the air thrums with noise from babbling blossoms.   Some believe the Deep Freeze to be the heart of the Lost Lands, the central point of consciousness from which every blossom draw their thoughts. The path to strike at the Freeze lie far into the Lost, past the Frozen Fortress and countless crawling horrors. 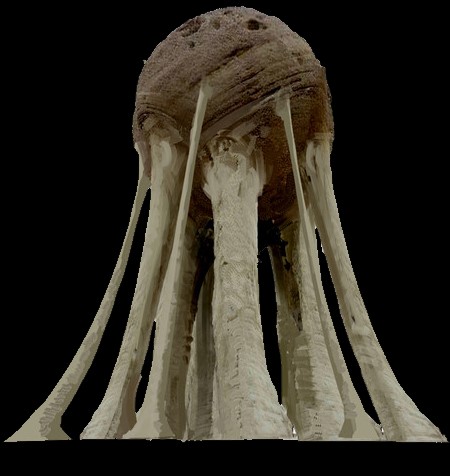 by Philipp Grote
All life in the Lost center around the freezing Blossoms. Whether spawned from the hive-minds and frozen spawning pools or creature that have spent uncountable years adapting, everything in the Lost related to the Blossom in some way. It is too cold here for any fungi or mushroom to grow, but the mutagenic blood of the Blossoms sometimes cause coral-like cancers to sprout from the ice or chitin-covered bramble to crawl along the walls.   Other beasts may hunt the Blossoms and their spawnlings in Sheoin, but not here. In the Lost, the Blossoms dominate.

The lost lands envelop the Sheoin Region of the Inner Shell. Here, the land is at war with itself as competing eco-systems warp and mutate the very stone in their battle for supremacy. But in the Lost, the struggle is already decided and cold-spreading hives of monster blight the region like cancers.   Read More About Sheoin Region 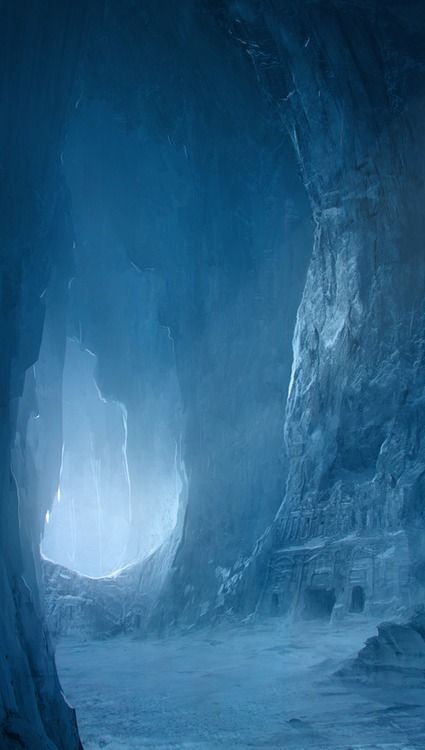 
Blossoms of Frost and Bone

The cold in the Lost comes from creatures called Blossom, amalgamated creatures of living ice, bone and carapace. None look like the other and their true nature is still debated by the scholars and slayers of Dhanû. When they gather into numbers, they form alien gardens of living ice and creeping corruption.   Read More About Blossoms

Some wonder if the caverns beyond the Lost are nothing but endless frozen wasteland, if its cold embrace have already conquered the world beyond human reach. Others think the Blossoms to be a curse unique to Dhanû, as the creatures are found nowhere else. 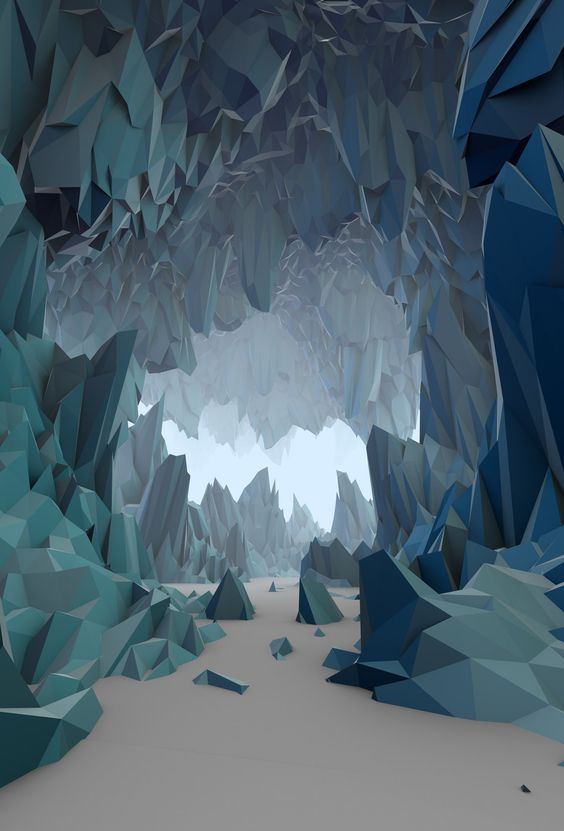 Answering: "Describe an inhospitable area in your world and what its environment is like."
Visit Qurilion's Competition Page Check all other answers to this prompt Competition Homepage

I really enjoyed this article. You evoke the feeling of cold, freezing wastelands so well. It sounds terrifying to the people of your world.   I noticed a lot of typos throughout, so a second readthrough may be helpful. For example in the first paragraph you're missing the final d on encase, it'd be encased in that sentence.   The images work really well with the article too. Good use of sidebar to boot.

Thanks!   Yeah, yesterday was a rough day. I'll have a look and fix them.

This area is incredibly interesting. I love the entire idea of the Blossoms! I was desperately clicking on the bold text saying "Read More About Blossom". Looking forward to seeing when that article gets added :P   I think the Blossoms are the best part about these lost lands, and I see how they make it inhospitable! I also love how you paint a wonderful picture of an uninhabitable ice-scape. If you're looking for more information to add, maybe expand on the part about how "But in the Lost, the struggle is already decided and cold-spreading hives of monster blight the region like cancers. "   The Blossoms/cold/ice is the ruling force in these lands, but how did they conquer the other Eco-systems vying for control? Are there any remnants of them? Are there any large landscape formations that have been altered as a direct result of this?

Thank you so much :D   And yeah, the Blossoms will have an article of their own.. But probably after Summer Camp :P   I'll see what I can add to answer those questions. The short of it is that they just made it too cold for anything else to thrive where. Adding some frozen over landscape or beast trapped in ice could be a lot of fun though.... MWhahahah >:D

Nice article, lovely presentation. noted minor typo's throughout the article.   Some of the article was confusing the Blossom are presented as a mystery horror. But the humans seem to know or at least have confidence in their understanding of how the blossoms are organized and how they work.   I'd like to have seen more article jump off points and brief relationships of the ecosystem, who eats who, how the insects? work.   I like the tyranid vibe, maybe push it and make the ice monsters more unknowable. The human's fight and win a hollow victory. Only to reveal a more terrible mystery plunging the humans into the enemies icy waters of terrible uncertainty.   The blossoms emit Freon to chill the surroundings? or perhaps a more sinister chemical or compound? that also acts as a psychotropic lure to prey or perhaps an area effect paralysis cloud, or maybe it carries their blood or a microbe and infects other living creatures mutating them from the inside out to form hive seeds. Or you know just flat out killing the victim.

Some of the article was confusing

Could you elaborate what was confusing? Or what parts made it seem like the people in-setting know anything? This isn't written with them in mind, but for readers like you. :)
Creator of Araea, Megacorpolis, and many others.