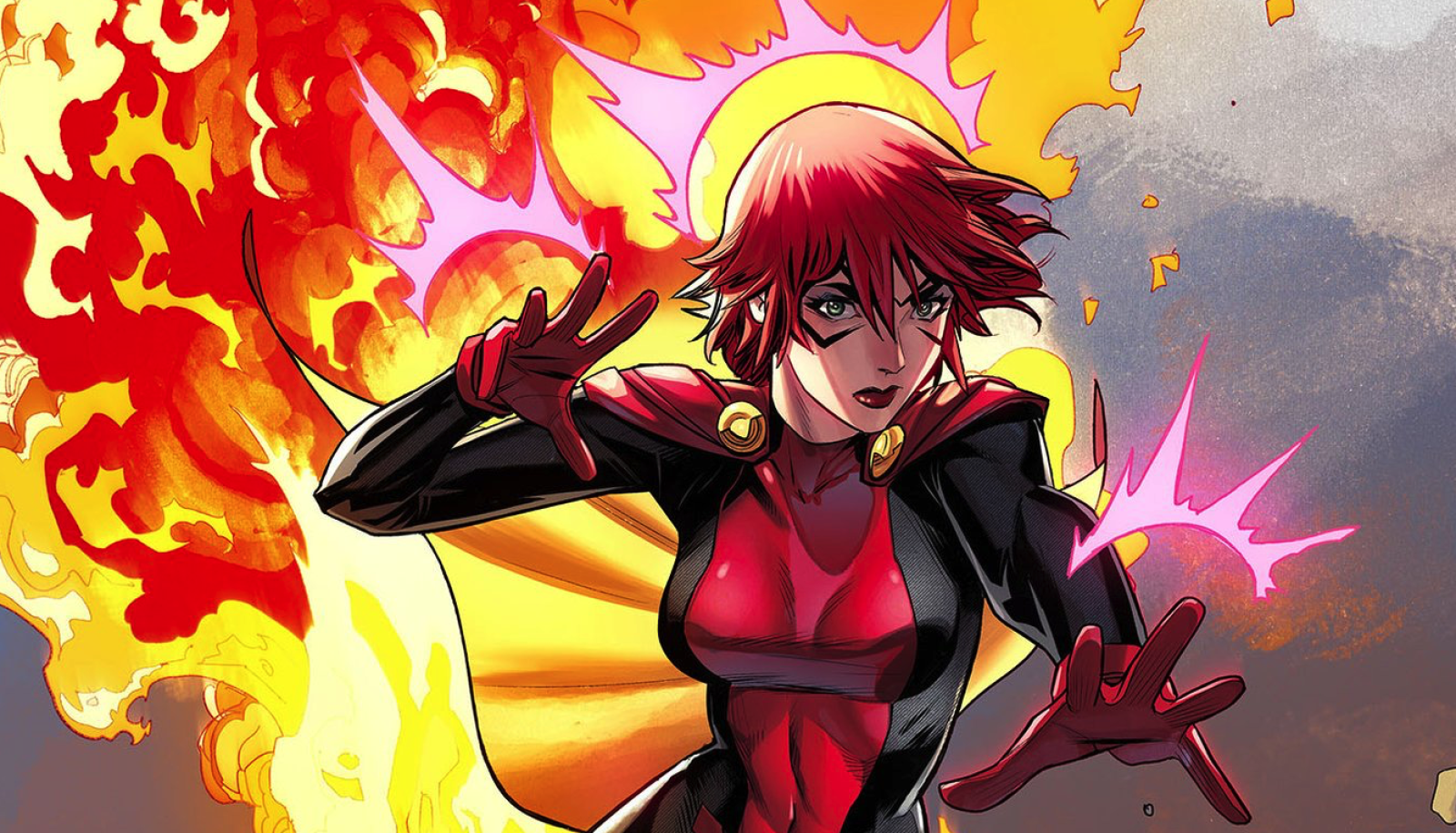 It had been a week since they left Psyscape; trekking across the plains avoiding coalition patrols and simvan hunting parties to find a new home in the Barony of Hope. Hope. It seemed like a good name for a place to start over. But then their pathfinder led them right into a trap... on purpose.

"I know you ain't got none," he sneered into her face.

She supposed he didn't know or he didn't care. He didn't know how hard she had worked to find others like her. How long she had scraped and salvaged, saved and squeezed to find and hire a pathfinder who could take them. Take them to Hope.

There was no way she would let this scum betray it all. Not here, not now, and not like this.

Is everyone ready? she mentally sent to the others, and got a rush of eager responses.

Ok, on my signal

And that's when she lit up. She still had no idea how it worked. All she knew is that whenever she wanted, she could ignite.

He was just stepping back when he felt the heat like someone had just opened an oven. Then he smelled his own nose hairs burning. His eyes dried and he blinked but his eyelashes melted together. He turned his face and put his hand up. But it felt like his hand was being peeled by a rusty cheesegrater. His thighs could feel the heavy burning pants, except for the one cool spot shielded by the e-clips he kept in a pouch pocket.

Then the e-clips ignited. He would have screamed at that, and the dislocated hip and the fractured kneecap that resulted, if his vocal chords hadn't already cracked and split from the scorching air he inhaled.

By the time she looked up from the smoking piece of excrement that was their pathfinder, all the other ambushers were out of commission.

The eleven people she brought with her were all powered with psionic abilities. A couple mind melters, two other Bursters like herself, a Miser Brother and a Zapper were the dangerous ones. The other four were all psychic operators, mechanics who could use their telekinesis in a pinch. This was a pinch, and it seems like they all came through.

What are we gonna do with them? Joey asked mentally, pointing his chin at a group of deputies slobbering incoherently to themselves. Joey was a good kid. She had long ago given up wrestling with morals. Maybe there was still hope for him. It was too late for her.

"The scavengers will have an easy meal," she stated, a bit coldhearted even to her own ears. "Gather their badges. They may come in handy."

Then she stared off to the west, looking at the mountains in the distance. Towards her destination. To hope.

In the Coalition States and controlled territories, people with Psionic abilities must be registered. Registered psionics are marked with a tattoo denoting their threat level. These tattoos are located on the person's forehead, between the eyebrows.   Black tattoos are reserved for the most dangerous, if they are even allowed to live. Red tattoos are given to major psionics who pose potentially less threat.
Mind Melter
Burster
Miser Brother

Notice that the black symbols also possess stems. The stems of these symbols are elongated, extending to the bridge of the nose so they can not be hidden as readily by hoods or headwear. In many cases, red tattoos will also contain a red line onto the wearer's nose, but not all will. This is typically done if the person has committed violent or criminal acts with their power.
The HEART tattoo is reserved for master psionics who do not fit within the above categories.

Unknown to any but the Monks of St. Jerry, these registration tattoos also possess identification codes unique to each bearer. The codes are imprinted with special ultraviolet-reflecting ink that can be seen under black light.   The The Federation of Magic has taken notice of the practice and has copied the same system for marking any psionically capable people within their borders who speak against them or violate laws within their controlled territiries.
Access & Availability
Psionic abilities are like any other talent. Proper training, practice and a good foundation in the fundamentals of practical application are all necessary to put them to good use.   About 3% of humans are born with psionic aptitude. Most of them are able to manifest useful practical powers. A rare few of those can be considered Major psionics of the Mind Melter, Miser or Burster classifications.
Complexity
Harnessing powers of the mind effectively requires a superior amount of mental discipline, practice and training.   All that training precludes the development of many other skills and trades. It helps that psionic abilities can be used in lieu of other skills. Need to pick a lock? just move the tumblers with telekinesis. Need to suppress an opponent? just block all his senses. Need to know some obscure bit of knowledge? just read the mind of the local expert.
Discovery
At times in the course of human events, people have been born with true psionic abilities. Telekinesis, psychic sense, telepathy. It's been there all along. And if someone with these abilities were to find themselves on a ley line, they could manifest it for others to see. Somehow the surge of arcane energy amplifies psionics.   With the coming of the rifts after the great cataclysm, all the psionically capable people on the planet felt their abilities surge. Humans have not been the only race in the cosmos with people claiming to have psychic abilities. Even aliens and other dimesonal beings on the planet found their latent psionic abilities surge to the fore.   This surging power attracted other psionically capable beings to the planet, and before long mental abilities became almost commonplace.
Some people are born with psionic abilities far greater than others. Such people are categorized as Master Psionics. Some of the kinds of Psionic masters are:
Mind Melter
Burster
Miser Brother
Zapper

Tattooing a player character with a registration tattoo may be a good hook for future adventures.

But no matter what, the GM must ensure that the player of the psionic character is receptive to the idea of being forced to wear the tattoo. it is a great opportunity for character development and fun adventure ideas, but few players are okay with their GM forcefully editing their characters without having a say, or without trust that their GM will give them a means to undo the edit some time in the future.
Please Login in order to comment!