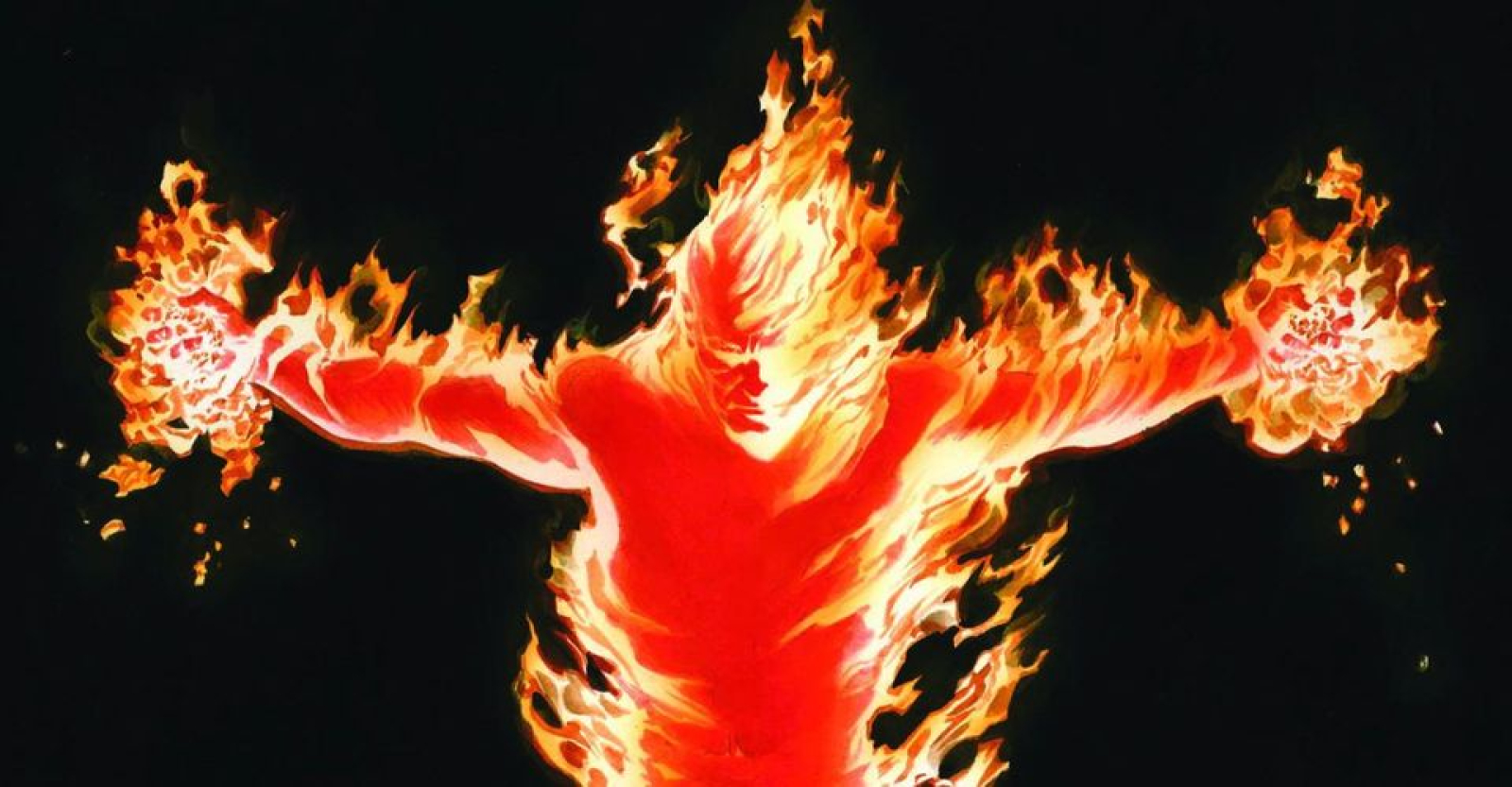 They say that fire needs three things to exist: Fuel, oxygen and heat. Cut off any one of them and you put out the fire. So in a typical fire, the heat causes gases containing carbon and hydrogen atoms to leech from the fuel, leaving behind ash. The compounds in these released gases come into contact with the oxygen and break apart because they like being with the oxygen more than they like being with each other. This transition from complex, high-energy molecules into simpler, low-energy molecules like Carbon Dioxide (CO2) and Water (H2O) results in the release of energy in the form of heat and light: flames.   But this isn't true of a burster's psionic fire. A burster's fire is more akin to a nuclear explosion than a typical hydrocarbon fire like that described above. Through a unique power found only in bursters, they manipulate the strong nuclear force in atoms, stripping apart the subatomic bonds of the very air around them, releasing that stored energy in the form of heat and light: flames. They can maintain this fire in any environment except a vacuum. They can even make water burn.   Needless to say, a burster's fire is hot.   In the post apocalyptic world of Rifts Earth, only the most scientifically oriented and educated burster would be aware of such concepts as the strong nuclear force and atomic bonds. To most bursters' minds, they just think they can burst into flames and control fire. They believe they have a close personal relationship with fire and that they can start, stop and control it. Bursters are major psionics after all, and their prodigious mental faculties can compensate for and turn their beliefs into reality. So, even though their ability to manipulate nuclear bonds should not allow them to control normal fires; armed with this belief and the power to make it happen, they can anyway.

Burster's aren't bad people, they're just born with a predisposition towards passionate extremes.   And because of that passion, they manifest their powers earlier than others; and usually with catastrophic, and regrettable, results.   Children who survive the "no" years before the age of 4 are faced with another crisis period in their early teens. Survivors of these years typically end up one of two ways. The first are the people who have destroyed everything they love and survived by taking what they need through any means necessary. The second are those who survived through the intervention of love and support and have strong bonds of community and the instinct to protect. But for the fickle chance of fate, any burster could have ended up either way, or dead.

By the time novice bursters step out on their own, they are fully capable with the three aspects most associated with bursters.   The first aspect is their aura. They can ignite the very air around them.   The second aspect is their ability to cast their aura out at range, blasting targets with thermonuclear heat.   The third aspect is their psionic affinity with normal fires. They can start, stop and control normal fires through the power of their mind alone.   Seasoned bursters are able concentrate on one of these aspects and make it stronger.   Veteran bursters can strengthen two aspects.   By the time bursters are considered heroic, they have been able to strengthen all three aspects.

Bursters are powerful psionics who can defend against almost any supernatural or technological threat. They make great mercenaries, but not necessarily a good choice for policing operations that require cooler heads to prevail.   Bursters who concentrate more on their ability to understand and control fire make excellent firefighters and arson investigators; or arsonists, as the case may be.

Master Psionics are rare enough, but busters are a compoundedly rare strain of master psionics only possible to offspring of people who have lived in the arcane energies abounding in Rifts Earth.   After more than 300 years since the coming of the rifts, humanity produces the greatest number of bursters. Other psionically capable races have also produced bursters, with the prevalence directly corresponding to how long those races have been on Rifts Earth.

At first, the presence of bursters was viewed as just another tragedy of the great cataclysm. This was specially true because of how destructive their childhood manifestations were.   Eventually, as humanity began to see bursters as just a flavor of psionics, their reception became more mixed. The traditional human centric and human supremacy communities continued to see bursters as threats while the more change-welcoming communities viewed bursters as an evolutionary step helping humanity to deal with the other supernatural threats they had to face.   Today, a burster can be viewed as either a welcome savior or a damned demon-tainted aberration. Add this to the difficult upbringing that every burster must experience, and there is rarely anything but an extreme opinion of bursters anywhere. They are either hated, revered, or both.

A burster must be able to control his or her aura. This is the first talent they learn just to survive. When they burst, their thermonuclear aura is hot enough instantly ignite or melt just about any material in close proximity.   Because of their ability to control fires, they can actually prevent substances from catching fire around them, but they can not prevent damage due to their thermonuclear heat. Solids will melt and fluids will boil away. Gases will expand and flesh will cook.   Not their own, however. Not only are bursters immune to heat, they somehow have the ability to prevent any of their own heat from coming inside their aura, thereby protecting most tight-fitting clothing from suffering the same heat-related damages.   Because of this, bursters will almost always wear thin, tight-fitting clothing and their belts and packs will be equipped with quick-release straps allowing them to doff them whenever they need to ignite.   Other clothing options available to bursters are clothes that do not suffer from even the thermonuclear heat of their auras. Megadamage ceramics, scales from flame wind dragons and skins and bones from supernatural fire creatures like salamanders or demons are some viable options.
In the coalition states, psionically capable humans are required to be registered. Registered bursters are tattood with the "Spade" symbol on their forehead.

With the stem of the symbol being elongated and extending to the bridge of the nose. This prevents most hoods and headwear from concealing the symbol.
Related Technologies