When we walk along the path of life and take our family and friends by the hand, let our grasp be the bond of power and support that holds us together. For our welfare is the welfare of our community and our homes. We can survive without it, but a pitiful existence is all that awaits us.   So cherish the community you have, for winter has two faces; the one that shows you to the warmth of the hearth, and the one that traps your feet in the snow and bleeds your warmth as you wait to die.

The frost-covered exterior of the frostgut Halfling forms a terrifying mask of dark-blue and black ice that takes on various forms. From the sharp teeth of vampires, to the gaping maw of various beasts, rarely does a glance at the mask of Firn leave one unshaken. This representation is said to be done by choice, showing the ferociousness and deadly intent of winter.   However, when she sits at her husband’s hearth, the mask melts away. Taking on the bright cheeks and dimpled smile of a halfling. Her eyes lit with intense knowledge as she sets out to accentuate the hearth with conversation and the building of communal bonds. This display completes the dichotomy of winter that Firn embodies, from her frosty exterior come Fear and Anger, from the bitterness of cold comes despair. But when the ice begins to melt, and melt it always does, the faint glimmers of hope rear their heads.   For Homes can’t exist without hope and heart. The brutal harshness of the oncoming winter is a lense. A way to see the world anew, a way to look to the future. For beyond every winter is a spring, and no troubles are too much to bear. Not when the bonds of community remain strong and vibrant. Not when the power of nature can be found to bolster the power of civilization.   And this is Firns final protection, for she holds power over the very bonds of the worlds. From her marriage with Garma symbolizing her connection to bonds over people, to her connection with the seasons showing the bonds of the world. Some say that her grasp reaches even to the bonds between the very planes themselves.

The Followers of Firn tend to align themselves with the communities they reside within over the hierarchy that controls it. They tend to band together and attempt to bring the rest of the community around them to confront issues in the community or region.   While the Followers of Firn have a central organization based out of Moldatun in northern Renai, their missionaries have only a mild compulsion to return or hold to the standards there. A community is based on their surroundings and one must adapt to it to be effective.

Those who choose to follow firn are as varied as the communities in the world, with those who choose to follow Firn having as many reasons as the stars that compose the Celestial Giants. For many, they see Firn as the method by which communities form, by the start of civilization, the predecessor of Rogalev, the Human Adventurer.   Firn has a greater following the farther north you travel, but is revered in most cultures to an extent. Her Followers, as such, have no distinct traits or markings.

A boisterous Halfling with red cheeks and smiling eyes, she holds a sword at her side and her eyes are as blue as ice. When she feels threatened or is defensive, her form changes to be covered in the same crystal blue ice.

Firn is most often represented by an igloo of some fashion. Though it does vary in description. From a broken and destroyed pile of snow bricks and charred ash, to a sturdy and well-constructed formation of an igloo with light pouring out and shadows from within.

Take your seat in the cold and the ice, feel the warmth as Firn acknowledges your desires. If you have faith and your bonds are true, you will find the power to suffer through. For suffering brings community and without it, there is nothing.
— Priest of Firn.

Firn favors all of her followers, and those that aren't her followers. Any who interact with communities or favor the bonds she holds so dear are free to be aligned with her domains and use the power she would grant to them. To help them help others, and truly establish a home.
Nature, Life, Knowledge, Protection
Firn's Thoughts of Other Deities
Chando Meywa, the Distant Arctele: Firn views Chando-Meywa as a lost soul, she leaves a space always open for Chando-Meywa to be able to easily return.   Karan, the Spelunking Half-Elf: Firn views Karan similarly to Chando, but respects that Karan finds different areas as home.   MeyGana, Roar of the Sea: Firn Views MeyGana as a strong ally, Meygana holds countless communities together in harsh environments.   The Raven Queen, Courier of Souls: The Raven Queen aids people to the community beyond this life, as such Firn has a deep respect for her, but due to the striking down of Armide, she shies away any further confrontation.   Plospryn, The Thaw of Spring: Plospryn is Firn’s favorite goddess, she promotes all sorts of communities and holds the sense of home close at all times.
Rahz-Pluoht, The Fiery Blade: Firn views Rahz-Pluoht as misguided. However, she understands that he finds community with the warriors and home on the battlefield.   Garma, the Halfing of the Hearth: Firn is married to Garma and believes they are the most like minded of the deities. Dinner and meals are the very crux of community and home.   Rogalev, the Human Adventurer: Rogalev maintains countless communities, much like MeyGana does. Firn dislikes his cool methodical approach Rogalev takes to his communities, and would prefer he treat his cities like a home rather than a scale.   MasToch, the Dwarven Flame: Mastoch holds dear the communities and society of the Dwarves, much like Firn and Garma favor halflings. Firn holds MasToch in high regard.   Armide, the Sun Spider: Armide is decay and death. His very being is the reduction and destruction of everything, from ways of life, to life itself. Firn understands the necessity of Armide, yet shies away from the inevitable collapse of her favored communities.   Hextank, Ascendant: While Firn views HexTank very similarly to Rahz, she respect the beings constant aims of community and protection over the specific glories of battle.

Firn has many favored days across the spread of the year. However, the three she favors the most are: the Winter Solstice, The Autumn Feast, and The First Snow   The Winter Solstice: The Winter Solstice is the shortest day of the year, the day when the Celestial Giant of Frost looks the closest upon the world as it is gripped by winter. Generally the oldest animal fit for consumption is slaughtered and served to the family or community, varying by the size and placement of the area.   The Autumn Feast: As the final crops are harvested, the people gather for the Autumn feast a massive celebration of Firn, Garma and a year of solid work. The day culminates in a massive feast and party where everything is eaten and anything that can be dunked in oil, generally is fried to varying levels of perfection and ate with gusto.   The First Snow: The First snow is the first snowfall that can retain footprints. Work is lessened for the day as people begin preparing for winter, generally the day ends with a fine meal around an open fire.

Garma, the Halfing of the Hearth

Towards Firn, the Chilled Halfling

Towards Garma, the Halfing of the Hearth

Since before the sealing of the third world with the knotting of the snake, Firn and Garma have been wed. Their relationship could easily be called timeless.

Garma and Firn are said to have grown closer to one another over the countless millennia, as such, their interests easily complement one another. From the winter, to the fire in the hearth. From community to supper around the dining table. 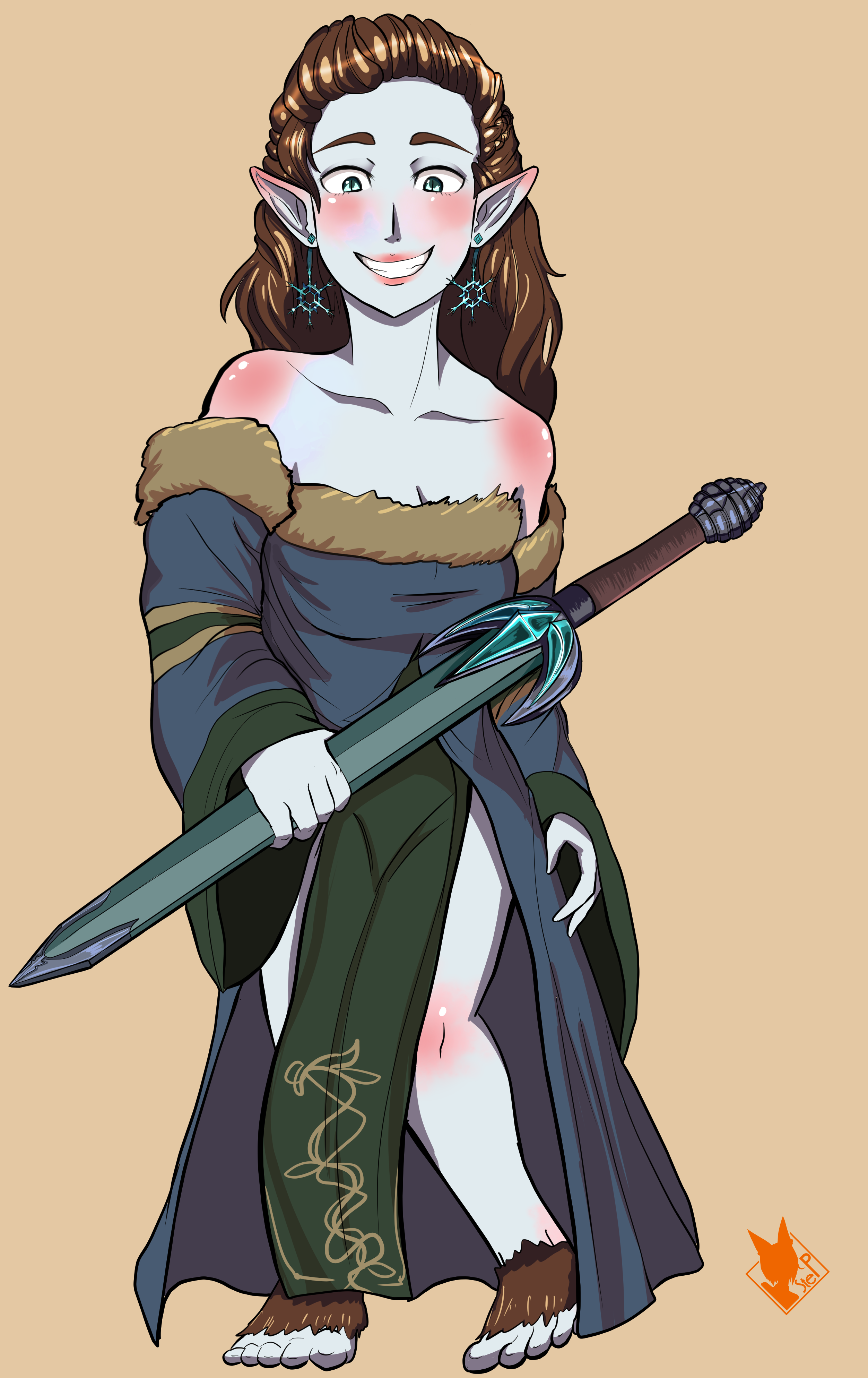 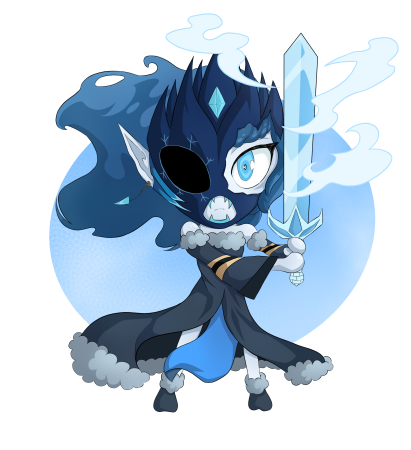 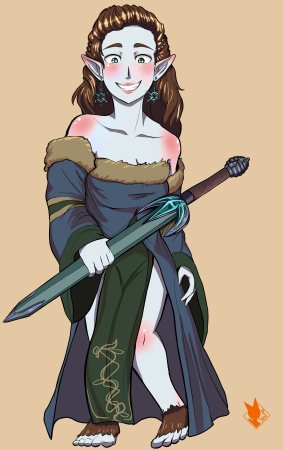 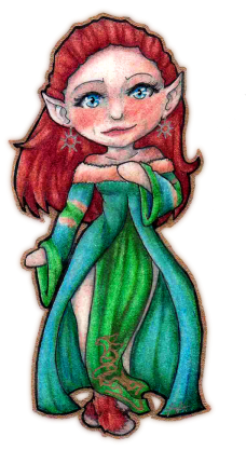 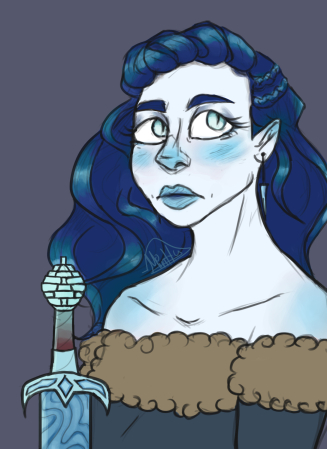 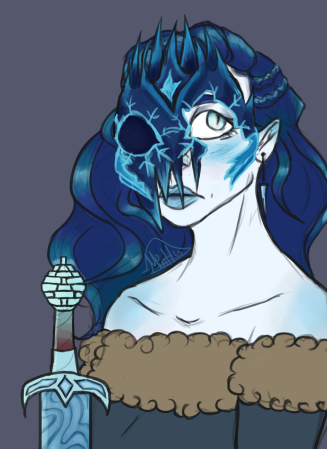 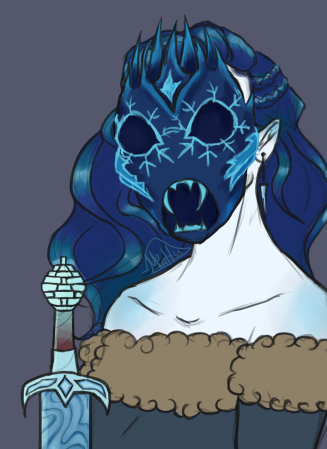 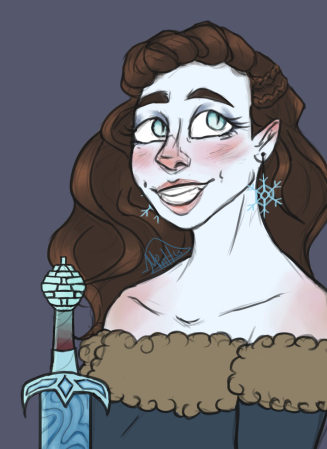 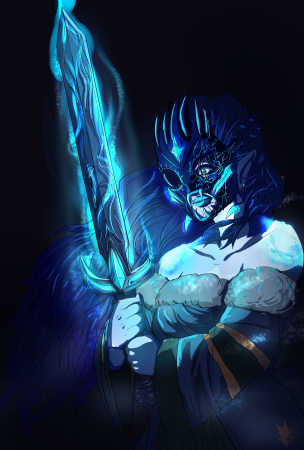 I...Love...Her. the thing that stuck me was the dichotomy, and how beautifully it was represented. that alone is worth a like. winter always seems to get the short end of the stick, it was nice to see a change. She seems exactly what a half-ling winter goddess would be as well. The artwork is lovely, the format and layout are great, although it seems on this one as well as Drakaise, im still getting the word cramp from your columns, but only on the paragraphs above on this one. Regardless i loved it and thanks for pointing me to it!

Thanks! The Dichotomy was a central part of her design! After all, without winter you lose so much. Winter drives communities together and I felt that needed to be a big aspect here!   I Still don't super see this paragraph cramp, but I'll work on alleviating it!   Thanks for the comments!

No problem, shes perfect for it. On the cramped is really not a good word for it. Its nothing bad, just somerhing that xane to mind. Its more like a text wall feeling whereas adding a soace or maybe a horizontal line above and below the columns would make it less so XD just my opinion though, it looks great as is as well.