Do you hear the wind from afar, see the light that burns your eyelids, the baying of the crowd that watches from the Giant’s eyes? The sound of the wind is from your blade as the air separates around it. Take hold of the weight or be blindsided with its inevitable strike. No cautious approach to this world can help you when you are thrown in feet first.   Swing your blade and roar, let them know your approach. Hold your steel and spirits high. You are coming. Bring your power and rage. Take your spark and your chance, give it life.

Early incarnations of Rahz shifted between him being an Orc or a Half-Orc, and his true origin in that way is unknown. However, he has remained a half-orc from the time of Hongden into the present. After all, he is the god of battle. While MeyGana, Roar of the Sea holds those stratagems of war and movement, of travel and disasters to avoid, Rahz dominates the fields themselves.   Where his great-axe goes, he reinforces the honor of battle as he draws and duels his enemies. Finding glory in the heat of the battle, taking those as victors who maintain their honor even to and through death. For the failing of a warrior is often that of being unable to stand in front of certain death and to face it down with courage. Those that do manage this feat, that beat back their fear and surge towards the known and unknown with the valor of heroes; those are the ones he finds kinship with. The generals meet under MeyGana’s Banner, but the warriors drink to Rahz.   Under compulsion of orders, DraKaise, A search of a future; or some other reasoning. Rahz holds all in his arms. He is the embodiment of battle, representation of honor. He favors that which stirs the placid waters and shuffles the dust below. Those revolutions, acts of change, forces of disorder and mortals finding the act of living a life to the fullest they can.

Loud, violent and vaguely honorable. The followers of Rahz-Pluoht are encapsulated perfectly by those descriptors. The organizational methods of his followers tend to fall into some fashion of paramilitary organization, be it a mercenary group, town militia, or actual militia.   These groups tend to seek out the most violent area they can to proselytize Rahz-Pluoht’s values of Honor in Battle and the Right to a glorious demise in battle.

Fighters, Barbarians, Those currently in the middle of bar fights and loving every minute of it. The worshipper of Rahz-Pluoht can be hard to differentiate from a normal blood lusted psychopath while in battle. But that man who catches the knocked out guys before they hit the ground and toss them out of the way, the one who doesn’t strike those who have already fallen, and stays around afterwards to help with the cleanup, he reflects perfectly the values of Rahz-Pluoht.

A half-orc with muted tusks and grey-ish skin is his modern depictation. Always holding a flaming weapon and some level of armor that gleams like a forge.

Rahz bears a flaming blade, and that is what he is represented by. Generally his weapon is known as a Flame-Tongue, but bears many other names as well.

Those that choose to follow Rahz and ask him for powers beyond their ken must not be reticent. They can not balk. They must choose to have the powers and find their life's purpose through their walk. The domains many find to be sufficient, to be called under his command are as follows.

Rahz's Thoughts on other gods

Firn, the Chilled Halfling: Firn knows the value of home. Her house is large and fit for many warriors, though she prefers one to not fight there. However, she still keeps the warmth. And when people band together, sometimes they have need of warriors. And under her banner, I run to their aid. I help all of them when I can. Fend off the bad and the evil.   Chando Meywa, the Distant Locus: Chando searches for the knowing of things. She wants to know all, sometimes that takes her to dangerous areas with horrible creatures. And her being there, draws people there as well. I come with the people sometimes, to fight the monsters with them, and to get them there safely. She acts mad when I do it sometimes, but I know she likes it. The whole point is to teach the people she wants to come, right?   Karan, the Spelunking Half-Elf: She Adventures to adventure. I think I like that, she goes for the risk. I went with her a few times, to see where she went. It was interesting, she didn’t go to the same areas as Chando, instead… She went to the depths of the worlds, where naught but the sleepless roamed. I think she is smart, but those that follow in her footsteps are likely to fall in a death not quite filled with the honor of a warrior.   MeyGana, Roar of the Sea: She is like me at times, follows the war… Or rather, she controls the war. Her hands draw the very lines that we fight along, her eyes draw the blood. Her calls alert the lady of the night to come and relieve our souls from this our plane of distress. We are similar, we like the war, and we like those who are safe and far from the war. Both can be good, both have value.   The Raven Queen, Courier of Souls: The Lady of the Night sends her valkyries for the warriors who die a warrior’s death. She picks the souls of those ready to depart and takes them under her wings to wherever she goes. She is a warrior as well, striking down Armide like she did. She has the benefits of all, the strength of a warrior, the compassion of a saint, and the withdrawnness of a hermit.   Plospryn, The Thaw of Spring: She likes everything, Plospryn. She likes the summer, the winter. She doesn’t like people dying or me too much, but can see why people would like it. She is almost always happy, seeking out the good in people and situations. Rahz likes to talk to her, hear why the world is good, even with the bad he sees in war.

Garma, the Halfing of the Hearth: The Hearth is like Firn. He has the finest foods, the greatest dinners are those after a battle. Where you get with those still alive and feast. Garma understands that, he provides what can be a good thing for those times. Garma is a good man.   Rogalev, the Human Adventurer: Rogalev builds. He builds walls, he builds cities, and like Meygana, he draws battle lines. He watches the order of the world, keeping what is, is. And some of the ways he likes to do that is to use his cities against each other. The nations as tools to sharpen each other. To cause battle and destruction, so when the people come out, they have to rebuild. Rahz doesn’t know if that’s a good thing, but it gives him things to do.   MasToch, the Dwarven Flame: MasToch knows the celebration of the end of the battle and the times to cry in relief because the war is over. He helps to celebrate those still here, and those that are gone. He knows what needs relief, he has spent so long taking his people through strife and understanding. He is a good god, understanding and caring.   Armide, the Sun Spider: Armide is always around me, the falling of a friend or foe, the smell of their body after the Queen has made off with their soul. The time it takes for a breath to stop. The bugs and vultures that come down after time to reap their harvest upon the battlefield. He is necessary, but scary. He doesn’t even seem to react to what he does.   Hextank, Ascendant: The Metal Being! He fights too! Less than I do, and with more purpose. But he understands and promotes comradery. Brotherhood, the type of relationship with the man who has a sword next to you. You are always connected, in a special way. He is special like that.

Rahz-Pluoht doesn’t need holidays to celebrate, but he likes holidays nonetheless. The main one he finds worthy of special note is the Skirmishes   The Skirmishes: As the heat of the summer reaches its climax, followers of MeyGana and Rahz-Pluoht band together to host a massive tournament across the continent in which winners are provided with symbols of both deities and given the option to move on to a larger tournament held somewhere across Ithungsida. The Exact Place of the Tournament is rarely the same and ranges from the edges of the southern desert to deep within the bowels of the Feng Mountains. Winners are recognized across the land. 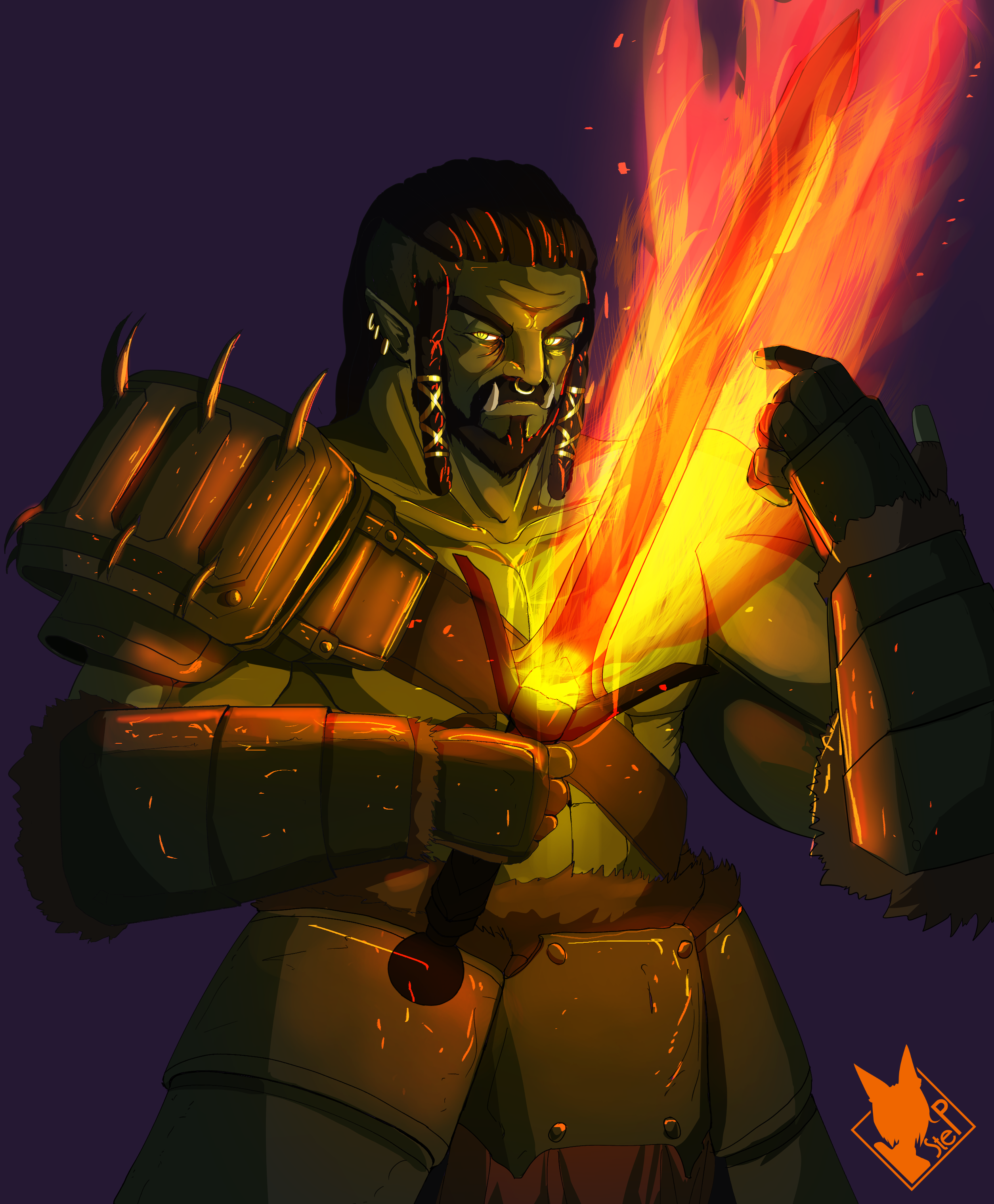 The Fire Giant of the South 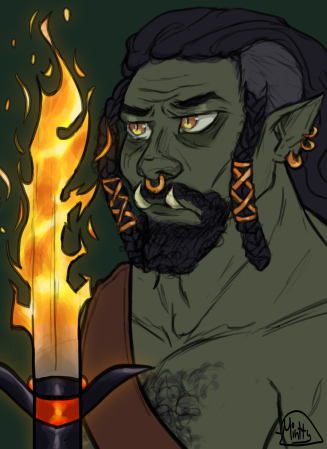 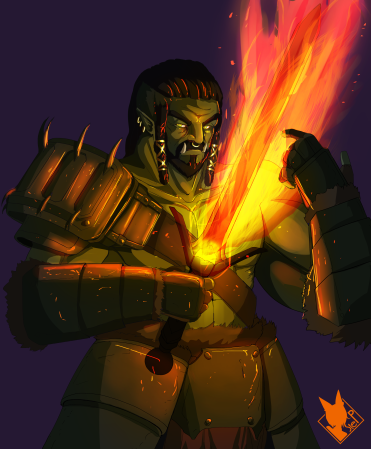