Charity Cruce, devout Illuminate and student by day. At night she dons the mask of Vendetta, leading the Vandals to protect the residents of the Lowlands in Edge City.

The Spiderweb
View in World
The Lowlands
2032 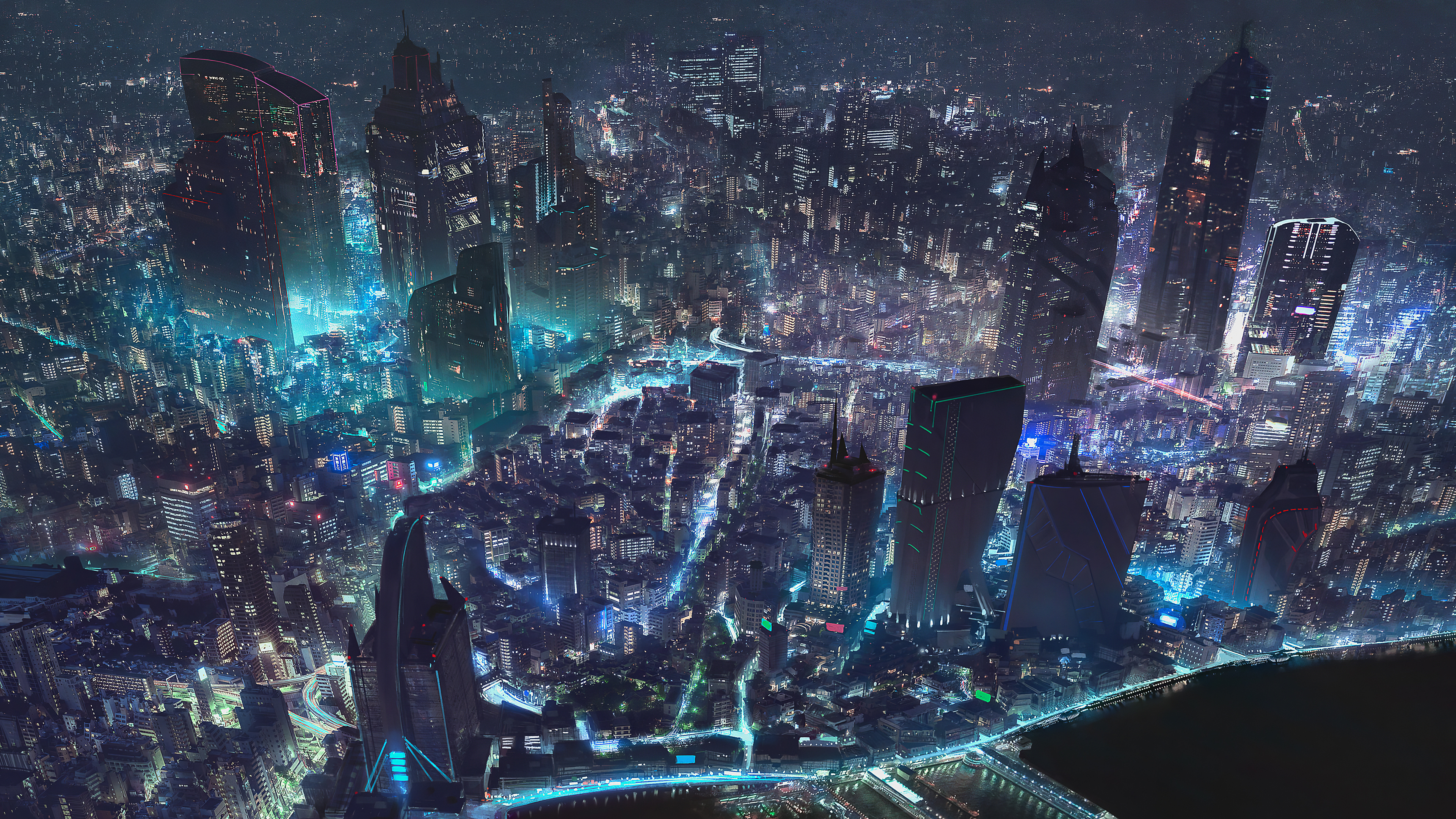 Campaign Page
Run by cleverlikeasloth
Played by
BE Holt
Other characters

Charity Cruce, devout Illuminate and student by day. At night she dons the mask of Vendetta, leading the Vandals to protect the residents of the Lowlands in Edge City.

Charity Cruce, aka Agent Artemis of Daybreak, a covert organization dedicated to peace and stability worldwide. Recruited as a child into a cult of assassins known as the Nightstalkers, Charity fought her way free and sacrificed her own life to redeem her old teammates. Daybreak used advanced technology to revive her, now she acts as a frontline soldier on their war against terror.
Age
16
Date of Birth
Unknown
Gender
Female
Eyes
Olive
Hair
White with black streaks
Skin Tone/Pigmentation
Amber
Height
5'4"
Weight
120lb

As part of the Helios technology, Artemis has had large portions of her body replaced with advanced technology. Her nervous system and spine were replace, due to being wrecked by nerve toxin when in the gambit that ended her life the second time. This also caused the failure of several major organs which now have been replaced. Both her arms and her back have been replaced with military level cybernetics, and he skeletal system has been reinforced to support these. Most of the organs in her midsection were destroyed during her battle with Wrath, and this space has been replaced with her link to the Helios reactor. Most of this work is concealed with artificial skin, though due to the power output of her arms they remain as obviously cybernetic.

Charity's heart remains fully human, though augmented by several auxiliary systems. This was done due to her shifted ability having been tied to the organ somehow.

Charity is trying to wear her hair down, letting her long white hair flow freely.In her former life, she would wear it in a braid for utilitarian purposes, but is trying something new. When she feels self concious or critisized, she will often retreat into her old hairstyle. She has also been seen trying out makeup to hilarious effect since she has no skill in it.

A foot long scar extends down the center of her chest from the childhood surgery.

In civilian life, Charity tends to wear her assigned Daybreak outfit: a neat white, gold and black dress uniform reflecting her association as a representative of the Foundation. These are commonly worn only in formal functions, but she likes to wear hers every day and keeps it meticulously clean. She wears gloves to conceal her augments. 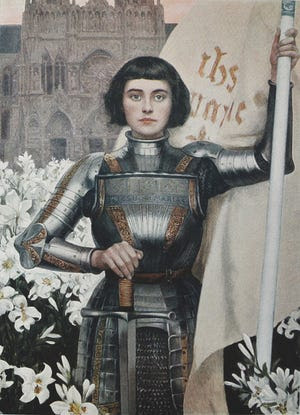 When on mission, Artemis suits up in white and silver which match the color of her augments. Most of her body is protected with high strength lightweight alloy armor pieces, including her face and chest. The brestplate is adorned with the golden sun and sword of Daybreak.

Aside from increased strength and damage resistance, her augments also provide her access to Helios based energy weapons. She often weilds a glowing white energy shield, able to absorb the energy of bullets or blows. In her main hand, she has access to a high energy repulsor laser, which is can be used to blast an opponent back or focused into a short ranged cutting laser. This can be combined with the shield to form an adhoc bow, using the shield as a lens to increase the range of the beam.

Vendetta's shifted ability is that of Psychometry, the ability to sense the history (and sometimes future) of people and things she touches. She calls this ability her 'Liminal Heart', and believes it to have been caused by her near death experience as a child. The effect can be overwhelming, and incapacitating in some situations. This ability no longer works through her augmented limbs, requiring other touch contact.

Vendetta was a founding members and the leader of the Vandals during their initial adventures. During this time they managed to make a name for themselves by taking down the Steel Panthers.

They also apprehended Mother Superior after her violent crime spree, and turned the Nightstalkers away from the dark path their mentor had set for them. She died during this event, choosing to stop her best friend Wrath by using a slow acting poison that affected both of them to circumvent Amara's precognition. She intentionally only brewed one antidote which she made Big Sis promise to give to Amara. This sacrifice made Amara abandon the nightstalker path, as it did her friend Mercy. Mercy interred Vendetta's body in the Catacombs per Nightstalker tradition.

Charity is a talented engineer, able to conceive and construct advanced prototypes to reinforce her abilities as a crime fighter.Due to the fact she tends to overreach her gadgets have a high rate of failure. She has mostly retired her gadget making career, leaving it to her more talented teammate Disruptr.

All of this is was self taught, as the schooling provided by the orphanage was lack luster at best. Charity went to great lengths to achieve the most median performance at school, in order to not stand out. She couldn't help but tutor other students to improve their grades, and could probably have taught the classes herself if it wouldn't have drawn attention to her.

As leader of the Vandals, Charity lead her team to down the Steel Panthers and apprehended Mother Superior. In her own heart, though, returning the Nightstalkers to the light is her greatest accomplishment.

With a new lease on life, Charity has begun exploring a relation with her mentor Achilles. It isn't going so well, but she steadfastly believes that they will work it out.

Charity harbors a unresolved feelings for her lifelong friend Amara, despite the fact that her old friend more or less murdered her.

Artemis has given herself whole heartedly to Daybreak's mission to improve the world, and considers the organization above reproach. As she has done before, she would gladly give her life to further their mission.

She does not indulge in drugs or alcohol, and considers such lack of discipline disgusting.

Charity finds it extremely difficult to curse, or be around people who do. She will often substitute more acceptable words to use in anger, such as: 'Darn', 'Snot', 'Fudge nuggets', 'Son of a Biscuit' or her favorite 'Shnookerdookies' when she is feeling extremely put out.

On the Vandals, she has trouble with the vices, secrets, and histories of her teammates.

Following reports of gang warfare, a five year old girl was found bleeding to death, cradled in the arms of a dead teenage boy. The child tenaciously hung onto life, aided by skilled surgeons, being whether if be trauma or injury she was unable to identify herself or any family.

She was taken in by the Church orphanage who gave her the name Charity until she could be placed with a family. The city was flooded with orphans after the event, and no home was ever found.

Eventually Charity found vague memories of her parents and and two older brothers, one of whom she believes to be the boy whose body was found shielding her. Her most precious possession is a necklace which was found on the boys body. The necklace has an onyx stone set in gold sun pendant, bent and missing some of the flared points.

Such was her faith that when baptized at ten, she stared into the sun until she passed out rather than shying away after a few moments like the other children. She believes that Illumination is the one true faith, and those who do not believe and follow its precepts are doomed to fall into Shade. She is does not hesitate to remind others of this, or take action when she feels a friend is fading from the light.

Charity strongly believes that people are inherantly in the light of the Golden Sun, and can be redeemed. She does not hesitate to punish the unjust, but draws a line at undue cruelty or murder. Such things only push all those involved further away from the light. One who dies in Shade is lost to the Well of Shadows, from which nothing returns.

She does not, however, subscribe to the dogma of the church as many of her peers do. She rejects the belief that the Shifted are inherantly evil, as well as the edict that high technology attracts Shade. She also tries to accept non-believers as good people who stand in the light, though this can be difficult for her.

Vendetta has been known to go undercover in gangs under the nomiker 'V', a violent reckless biker. She gets a little too into this persona, cutting loose and focusing more on the reckless violence than the undercover biking part.

Colt is a two timing butthole who doesn't care about anything but his own ding-dong. He's totally cheating on Kinetic right in front of her face, and also bringing this other Rani girl into the lions den to impress her. I hope they both dump him and he ends up sad and alone.

The major events and journals in Vendetta's history, from the beginning to today.

Parting ways with the Nightstalkers, Lux in Pace

Looking for a new team who understands there is a line between Light and Shadow that one must never cross.

I have to admit I had misgivings when Dutch revealed his plan to me. When Wrath delivered her judgement and cast me out from the Nightstalkers, I had assumed that the Mother Superior had blessed this decision. But she returned to my light, lifting me ...

I am well pleased to be a member of the Vandals. Only the guilty need fear us, but they should fear us well.

Were it not for the fact we succeeded, I would hardly call tonight a success. We received word that a crane operator named Jamie Pierce witnessed a crime, something serious enough to warrant the attentions of the Steel Panthers. Worse yet, she was run...

Right on the heels of the Mother shaming me from my lack of control of the team, I find myself in utter awe of the lack of discipline and stubborn stupidity of these people. Big Sis and her brother appear to have followed that son of a biscuit Disrupt...

The shadows are closing in

In the darkest days, it only takes a single glimmer to restore hope. I found this in the most unexpected place, in my teammate Disruptr. Not only did she return to the fight after I had given her an easy escape, but she also threw herself in harms way to ...

I climbed a tree today! A true child of the sun, a real tree!

Colt is a two timing butthole who doesn't care about anything but his own ding-dong. He's totally cheating on Kinetic right in front of her face, and also bringing this other Rani girl into the lions den to impress her. I hope they both dump him and he en...

The list of amazing people following the adventures of Vendetta.

Played by
BE Holt