She grew up on the rough streets of the Canyon. Watching out for the younger kids of the hood, she took her beatings as much as she dished it out. Then they took her and her brother and performed experiments on them.   Joni Whelan, aka "Big Sis". 20yrs old. Little brother, Colton "" Buchanan is 16. When they were younger, Joni convinced Colton to join her to run away and go find their dads. But, we didn't get far before we were snatched off the streets and dragged down to an underground hospital where experiments were performed on them. Her love for her brother drove her mad to rescue him. When she manifested Bull abilities, she smashed through the hospital's walls to free him.   Works at D&D Pawn Shop that's owned by Marge, the mother of another high school friend, Suzy. Marge has lived in the Canyons her whole life, and inherited the shop from her dad. Suzy is a screw up of a sort, unable to not tinkering with cyber tech that comes in the shop. She got a back alley brain hack port and keeps trying out different tech. Unfortunately, most of it is stolen, corrupted, broken or counterfeit, leaving Suzy's brain a tweaky mess. But, her mom owns the shop, so when she comes in looking for what's new, I can't say no.   , (aka "Disruptr") daughter of the Scarlet Wolf, turned away from life of crime her mother leads. In their teens, Wendy and Joni became close (sister love) and Joni would do anything for her.   Vendetta is the youngest of our crew, but clearly itching to be the leader. She thinks she's better than us (probably is), but it gets under Joni's skin. She tries to control the situation, and Joni, earning her Joni's ire (Rival). Joni wants to show she's just as worthy, just as badass, just as committed.   Kinetic is still a mystery. They're on the same team, but Joni hasn't really gotten to know Kinetic yet.   In her human form - she's still very muscular and tough, but not quite super.   grabbed a motorcycle from gang!

Pale face and freckles. Dark mascara around her blue eyes.

Through the system and graduated 12th grade, but just barely. Not for lack or smarts, just not interested. The streets taught her more that school.

Wendy's been her friends since they met in high school. 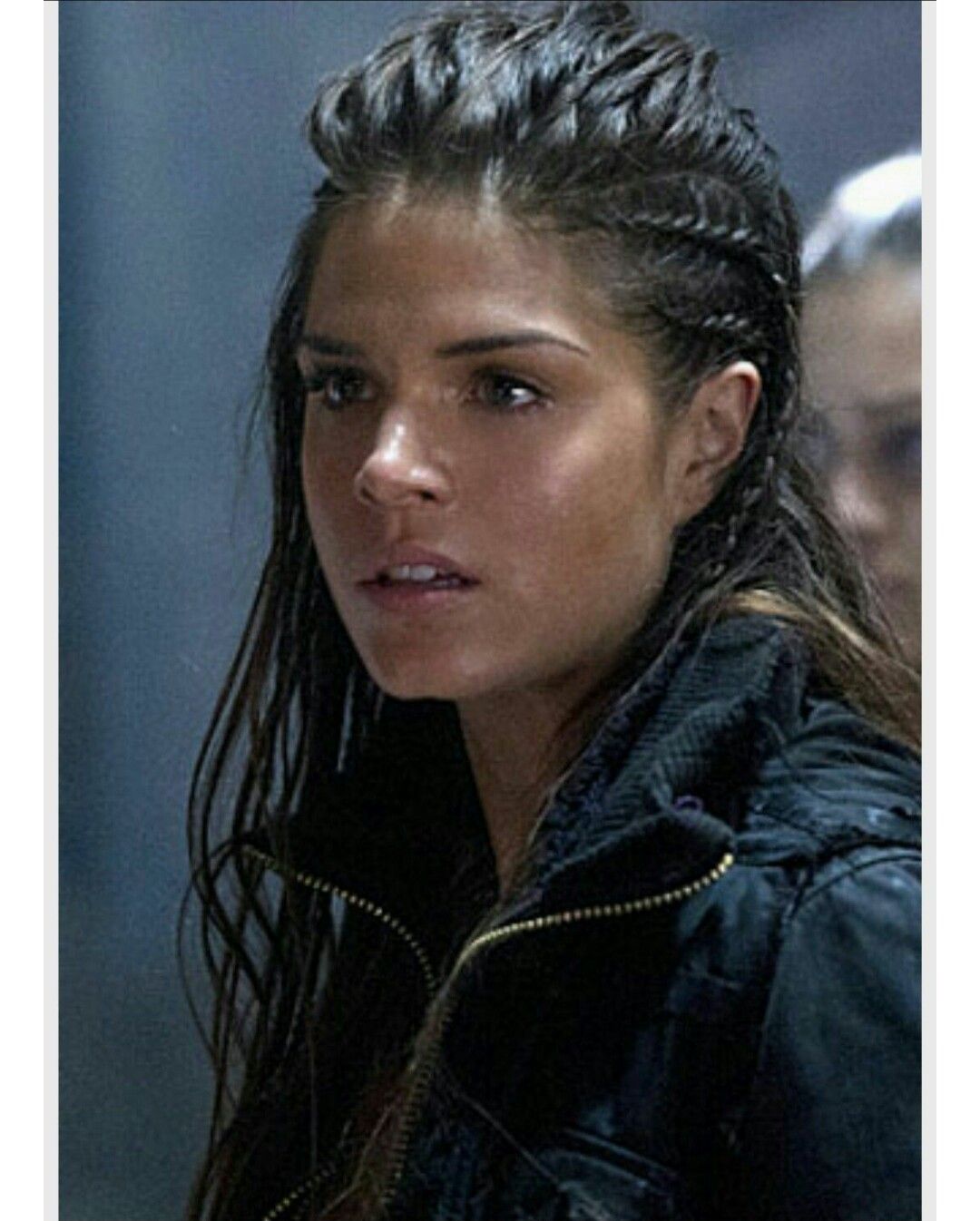 Following Heyun and Terrance into the catacombs for a ceremony to lay Charity to rest, we got jumped by a gang of shifted called the VICE Squad who were after Terrador. Dispatching them wasn't difficult, but certainly disturbed the somber mood of the occasion. What really freaked us out was to discover that Charity's body had been removed from her coffin! Who does that? Terrador had an idea... people who would experiment on it like they experimented on Colt and me.   It looked as if the old Night Stalkers were going to form up again with Amara, but Distruptr was able to talk them down enough so that we could be involved in helping them. What next for us? We have our fingers in many pots...

Vandal's are being framed for the murder of level 23 PD. The gang wanted to take Colton, but we stopped them.   Wendy, Terrador and I were relaxing at a bar when a criminal couple (names here) approached with a request. They want to meet someone named Wraith, and share that he mentored Scarlet Fox and is suspected to be father of Wendy.     Colton blows up at Kinetic and "Became the Beast". He shared that he tried to get Doctor Vanity who turned him into the beast. It terrified me to see him like this and I had to step in. I know I fucked up and wasn't there for him. And I know this isn't him that we're seeing right now. Miraculously, he heard me and collapsed in a heap confessing that he's been eating rats and can't help himself. He needs our help and to be reminded of his humanity.   Later around the conference table, we address the giant bat beast in the room. After lively debate, it's agreed that we need a solution to help Colt control his emotions and power. He also agrees to only go out in the world with one of us... a chaperone.

I'm tired of walking into traps... It's time to explore my wolf self more. It's more than strength... When I'm wolf, my senses are heightened... I hear an almost overwhelming amount, sense people and things through smell in a way I can't describe to others, and my sight is truly amazing but especially at night. I think it's time to prowl.   Mom came to the Briar Patch, level 23, to have Sushirittos with the gang. When the Syndicate goons interrupted our meal, Coltie saved the day by beasting out fully. But, while we sent the goons running, bystanders did get hurt and the place was shot up pretty bad. The Chief of Briar Patch security made it clear our good will was in jeopardy, and that we should lie low. It also sealed the deal with mom moving in. She wouldn't be safe out in the Canyons without our protection.   Back at the Firehouse, we started brainstorming what to do next. We agreed that instead of waiting for the Syndicate to come hit us again on our turf, we need to get out there and follow the Neurocrome threads back to their source. Disruptr/Yeti/Terrador went looking for the White Cobras. Kinetic went back to Neil Degrasse High School to talk to Dre, the Wrestling guy who's mother died from Neurocrome.   We watch the video the Kinetic got from Dre... Elizabeth Aunders - video of Neurochrome death. Camilla Marco (adjudicator Armor) should never have said "Auroboris" kills Elizabeth Aunders.   Horns and glowing eyes... rip NPC Carole apart...   (And I'll go talk to Suzy and Marge Barrier, to ask Suzy about her experience on the drug, and also to get Marge to open up about her source for the military hardware that lead to Suzy's abduction. How did they approach her? Where did she pick up the gear? What does Suzy remember about her abductors?)

Vandal's have a new member...but the mission remains the same: save the Canyons   We are getting re-situated to a new environment. Fire Station 23 on 23rd floor of the Briar Patch Arco.   Plot to kill entire arco with poison gas into the HVAC system.   Symbol of snake eating tail. Name of Ouroboros.   Neurochrome...   What are we doing???   Our identities are blown... Colton is now recognizable as Yeti Boy! mom??? does she know??? She knows... Now she's in danger.   Then, it doesn't help that Wendy is blurting my name to cops.   Wendy doesn't have family who are vulnerable... Kinetic? I don't know... Colton's dad is safe for now...   But what about mom? What about Suzy Barrier and Marge? Suzy NEARLY DIED!!! That was the tech that Marge got, but couldn't pay for... What faction was behind it? The Syndicate? Or the Ouroboros? Neurochrome...   How can we keep them safe?   I have to move her closer to us to keep her safe. (She comes to the 'hide out' and does mom stuff)

Last issue, Joni promises to Charity that she'll use whatever is in the box on Wrath when the times comes.   Woke up at home after the week's excitement. Mom (Lucille Buchanan) had sandwiches ready for me when I wandered into the kitchen. Had a talk with mom. Promise mom that I'll bring Colton back home, and break him up from the Steel Panthers. Especially Brett, his dad, who Lucille tells her is seriously dangerous. "If Colt doesn't get killed, he'll be involved in someone else's death." Joni bristles at the attempt by mom to make her do it. She doesn't need convincing. She'd do it anyway, and she can handle herself!     Side... he's pretending to join the Steel Panthers, being the inside man for the Vandals. So, we gotta keep him from going too far and getting killed or killing someone...   When Colton goes away with the Panters, we need to be in the wings keeping him safe...

RACE DAY... Got called into work by Marge. When I showed up, I saw Lucy nabbed and thrown into a white van. I had to pursue! So, I revved up my bike and took off after these goons. Before they got to far, I saddled up next to the driver side of the van. I pop up on the seat and pounce up onto the roof, transforming into wolf form so I can hold onto the roof with claws. Anticipating gun fire, I roll to the driver side window, reach in and tear the driver out, seat...door and all! Then, grabbing the door frame, I swing into the van, immediately engaging the goon in the passenger seat. I grab his shotgun, smash his face and the steering column and I eject the gun from the cab. Roaring into his face convinces him to exit the passenger door! Then I hit to brakes to stop, and run around to the back of the van only to encounter a goon with two pistols being raised. I dive for his kneecaps, knocking him off his feet and losing his guns. Attempting to pump him for info only resulted in him pissing himself and passing out. Inside the van, Suzy is hooked up to an I.V. and a cyber hookup to her neural jack. Not wanting to do more harm than good, I call Wendy for an assist. Despite our best efforts, the cops sirens are heard approaching before we can help Suzy. I hop on my bike, a bit worse for wear, and head back to the D&D Pawn... Once back at the pawn, I call Marge and fill her in, disguising my role as the Shifted who saved Suzy. Then I get to work cleaning up the shop.

Taking that hit from the red-energy dude fucked me up! We had to get the fuck out of that club! It wasn't our fight, and my bro was in a bad way. So glad Vendetta dropped those smoke bombs to cover our escape. Col's call to pull a Rampage Fall was brilliant. Grabbed the girls and made our exit across to the parking garage. But, fuck did I hurt! Dutch hooked us up with a spot to get patched up, and I was grateful Vendetta had the skills. We're gonna retool and help the hood another way going forward.

Wendy had something to prove, and we were game to give her an assist. Going to the Twice Lucky actually sounded like a lot of fun. Haven't been out clubbing in a while and was looking forward to hearing some good DJ's. But, that shit went sideways quick! Wendy's mom, Scarlet Wolf, has a bad-ass body guard all cyber'd out. Goes by the name STITCH! When she made contact, I couldn't believe how awkward Wendy went! Be cool, sheesh! In the end didn't seem to matter when those crazies from Las Plagas came up the elevator. Green gas dude and a Skull-head with lasers shooting from his eyes!?! Really? Fuuuuuuck! Then the Syndicate ninjas came out of no where! When that red-energy-ball guy dropped his bomb in our midst, all I could think of was Coltie. He's big in his form, but that shit hurt! And he was flailing. What were we thinking? A bunch of kids way out of our league! Glad we got out of there with our lives.