The Vandals make thier base of operations in an abandoned back alley augmenation clinic provided by Dutch to the team. Fairly humble at its best, the building appears to have been the site of some sort of battle.   The bullet proof glass in the front of reception is cracked and riddled with bullet holes. The lobby has a shattered fish tank with the skeletons of its former inhabitants surrounding it. Blood stains and blast marks litter the halls. Any useful technology has been stripped, the storehouse lies bare, and no utilities seem to service the place. Behind the reception booth a small security room could possibly provide survalience over the neighborhood, had the monitors and computers not been demolished by explosives.   A series of exam rooms were once fitted to do augmentations, now barren of anything, even the lights were stripped. A lab in the back is mostly intact by virtue of having much of value. In the back of the lab is a large freezer used to storing samples and other sensitive materials.   Other than the main entrace, a two car garage served as an adhoc shipping/recieving area, with two rolling garage doors. It contains an old ambulance, a skeletal husk up on blocks. In the back of the building there is a rear exit providing a narrow escape if needed. 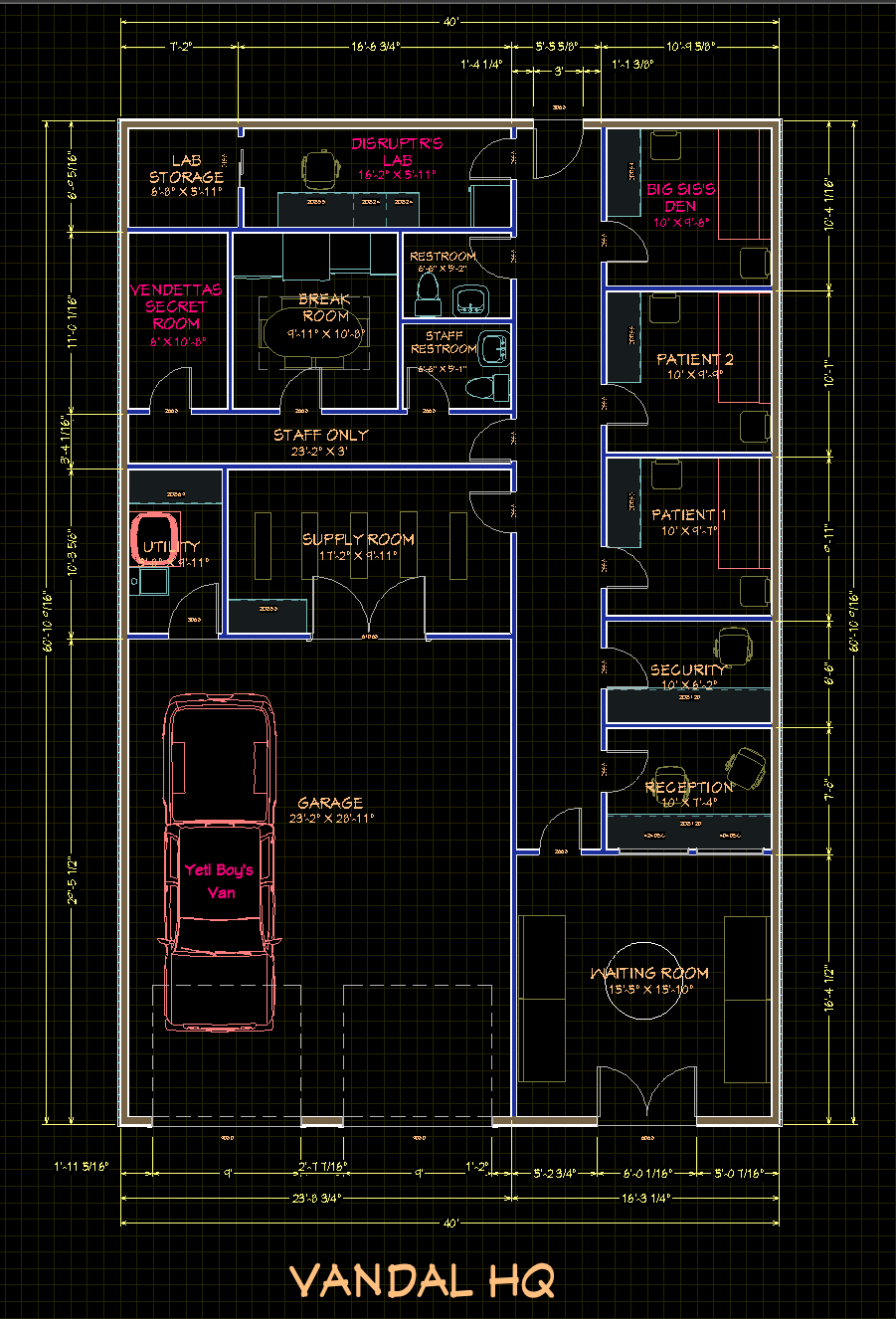