A pillar of the community, and mentor to the youth of The Canyons; Dutch secretly works to undermine the Syndicate by harassing their supply lines.

Dutch has a bionic arm and a cybernetic servo-harness implant, the arm has robot strength and there are plates of sub dermal armor attached to the harness.

Darnell was born and raised in The Outer Loop neighborhood of Edge City. His family was working poor and in order to pay for education received, he enlisted in Securicorps; where he served for 3 years before leaving to join the Edge City Police. Darnell had a long and storied career as a police officer but was forced to retire in the midst of a corruption scandal involving The Syndicate. He used his savings to open an auto repair shop in The Canyons, far from any former friends or old enemies.

The Syndicate ruined Dutch's life once, and he wants revenge, but not only for himself. He sees the corruption and destruction forced on the people of the Canyons, and Dutch was never good at ignoring people in need. He is determined to undermine the Syndicate anyway he can, and to someday take them down for good. 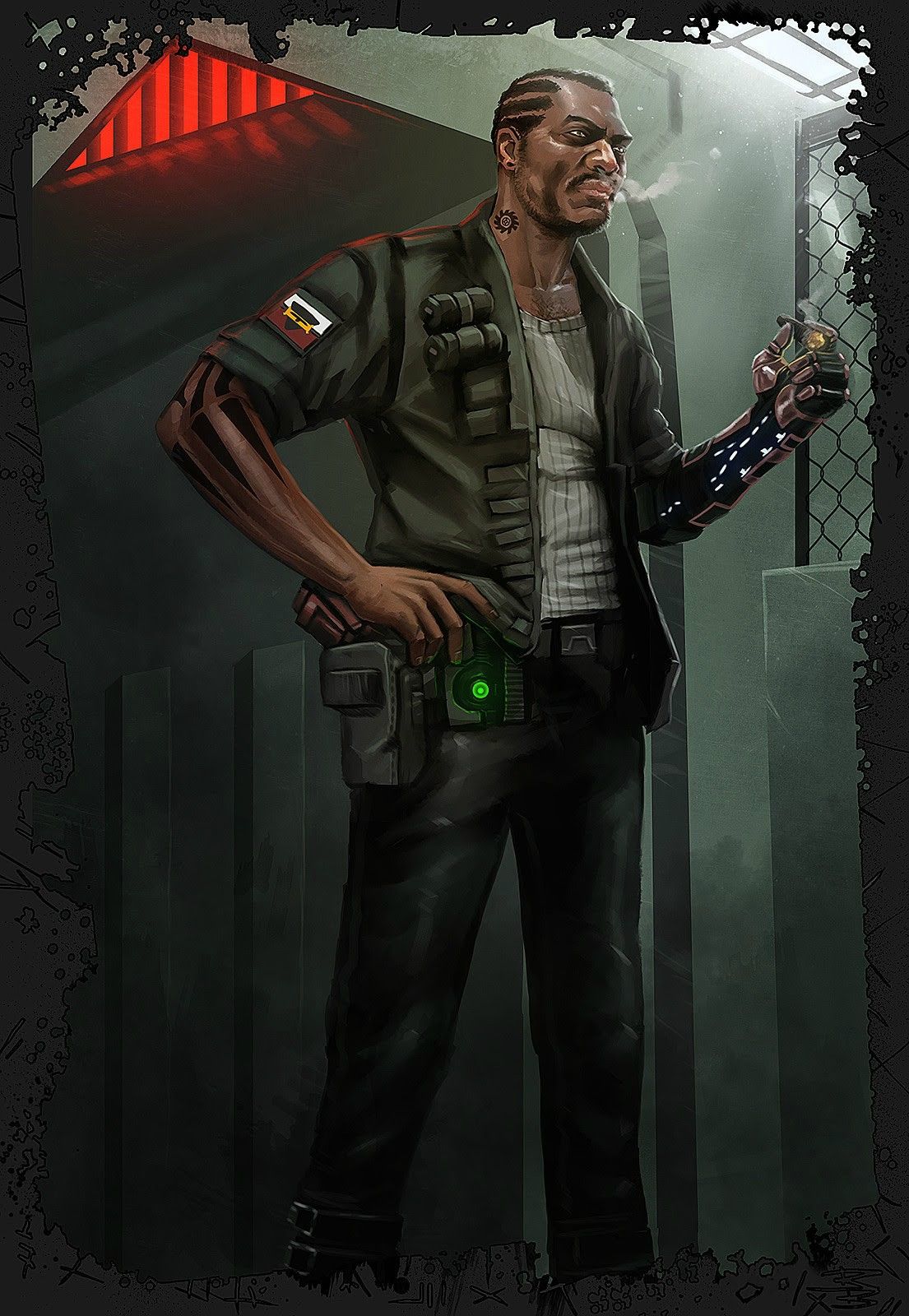