Born into the wealth and privilege of he Sinclair family, Beaumont Sinclair eventually lost an extended battle with cancer, but was revived by Daybreak, via Project Helios, as the prototype Helios Guard, Agent Achilles.   Though thankful for this renewed lease on life, Beau has never lost his sense of privilege and happily dismisses those he considers beneath his notice.

Achilles has undergone a full Helios conversion, with over 90% of his body replaced with the advanced technology, including several brain augments. He has by far undergone the most work in the program, and is very proud of this fact. His chasis is designed to leverage his lower body for jumping and kicking, and his able to deploy an energy spear and shield for combat. He can throw the energy spear short distances before it dissipates.

Beau was born into wealth and privilege to the Sinclair family, , Beau is the youngest of seven siblings from the two marriages of his famous father, thought he only child of his mother. He suffered from a lifelong battle with Leukemia from a young age. The advanced technology available from his fathers association with Daybreak allowed him a fairly long life given the severity of his condition, but eventually he lost out.   Daybreak was able to use Helios to revive him after several days of no brain activity. He embraced his life as a soldier for Daybreak, attempting to outdo his compatriants at every opportunity, never missing a chance to rub in his victories.

Although he would never admit it, Achilles had a a fling with another Helios agent he was training, Apollo. For Beau, these affections were real, but unresolved homophobia on the part of both resulted in the affair being closetted. When Apollo went missing in action, Beau was heartbroken. He has gone on to try to repeat his pattern of using his power to have a rebound with his new protege Artemis. For some reason, this relationship has been kept somewhat platonic though despite Artemis wanting more.

Beau went to the finest schools and had the finest tutors. He is working on finishing his BA in Finance via private university tutors when not involved in active operations.

Beau's encounter with death had a profound affect on him. He considers himself a modern miracle, destined for sainthood, and above reproach. He is righteous about causes he champions, and dismissive of anything that falls outside this range. He reacts poorly to anything he considers belitting, especially when others try to care for him, as he spent most of his under this.

Achilles is entited and cocksure, and completely dismissive of everyone he considers his inferior (which is most everyone who isn't Helios, and even they are treated as juniors.) While he does take his job very seriously, his ego often gets in the way and he puts his own glory before his teammates safety.

Beau secretly hates his codename 'Achilles' due to it's common meaing as a weakness. His father chose the title out of hubris, since the historical figure was the greatest warrior of his age. The elder Sinclair has often explained that the cancer was his son's 'heel', and it's been beaten, and even though Beau will repeat that he doesn't really believe it.

Beau tends to call people 'babe' and 'kid' in an extremely offhanded way.

Achilles is fully aware of his natural talent as an Agent, and comes across as entitled and cocksure, and extremely vain glorious. He has been known to be very vindictive if anyone steals the limelight from him, or humbles him in any way. This makes him extremely difficult to work with, despite his considerable capabilities.

He owns a number of expensive cars and likes to show up in a different one each time, bragging about 'this old thing'. 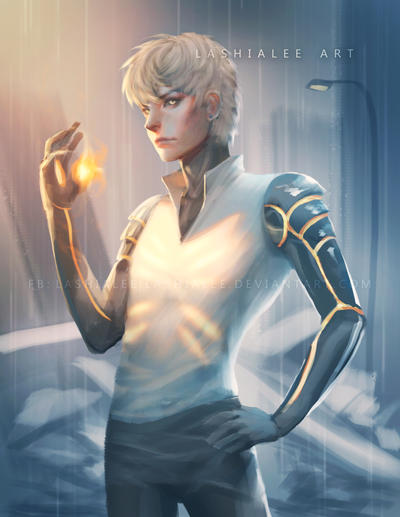