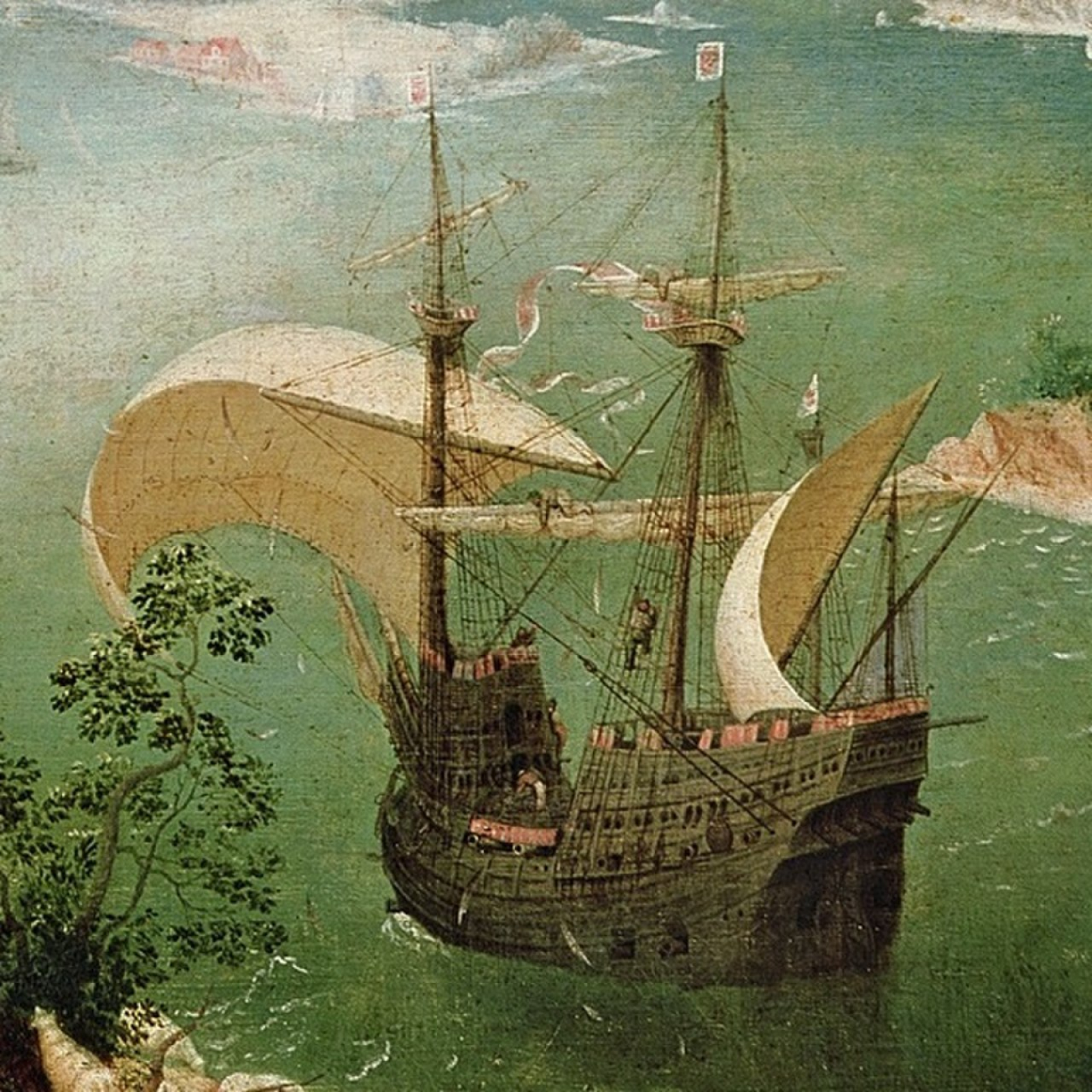 For centuries, the distant island of Vatia, also called Euphrona, has managed to survive and thrive despite the long distance between it and the Ikarian homeland. After the fall of the Empire, the Blatians of the island learn to organize themselves and to conduct their domestic and foreign policies so skilfully that they don't need an Emperor anymore, and the old days of the Ikarian monarchy in this region are studied just in the history textbook.   A Blatian from the Republic of Valia is a proud citizen, cunning politician, great sailor and wealthy merchant. He is the master of its own destiny, and only the Gods can change it. Its of them, that the citizens of the Republic are afraid of, and neither the great sea and its perils, not the great emperors and kings afraid them.

Officially founded in 482 AP after the last tyrant of the city was expelled, the Republic of Valia is the easternmost Blatian state, located in the continent of Karia, is located in the island of Vatia or Euphrona, north of the Seris Empire . In an space of 40 years the city-state of Valia, the old capital of the Ikarian province, managed to assert its control over the island and absorb all the polities that were created after the fall ofThe Ikarian Empire.   Their citizens are renown merchants and sailors that have sailed across the known world bringing goods from one place to the other, almost monopolize trade in the interior sea and the northern sea, something that has made the Republic incredibly rich. Any state in Yeia wants to suffer the wrath of the great sea power of its time and see their ports blockaded or sacked, because almost no one in Yeia is able to equalize the number of warships of the Valian Republic. A nation that is destined to greatness.

As a Blatian state, the Republic has preserved many Blatian institutions, like the Senate and its old offices, its judiciary system, its faith and its military traditions. But if we talk about political organization, here is where things get interesting.   The basic principle of the Republic, after the awful experience of the tyranny is that any single man can hold all the powers of the State. So, in theory, the Republic is ruled by two consuls (like the ones that preside over its counterpart in Blati ). But they have different attributions that the Blatian ones. The Valians have two types of consuls, one civic and one military, each one is in charge of different state affairs, and can't veto each other. Both Consuls serve for only one year, but in situations of emergency like long wars , their powers can be extended for another year thus becoming proconsuls. Once their term is over, these proconsuls can be designated by the Senate as governors of insular districts (in the Island of Valia) or Provinces (territories of the Republic across the Seas) for a maximum of 4 years. A Consular (aka: a person who has already been consul) cannot be re-elected until 5 years have passed either of its previous consulship or the end of his term as governor).   Second to the consuls are the praetors. In the early years of the Republic there was only one Praetor, now there are two. One is called the Civil Praetor, which is responsible of administrating justice inside the city of Valia and can also lead the armies of the Republic alongside the consuls. The other is called the Praetor "outside the walls". His main role is to administer justice outside the city of Valia, across the multiple cities of the island and its also responsible of controlling the navy and army's recruitment along the 6 military districts (not to be confused with the insular districts) in which the island of Vatia is divided for military purposes.     The next rank is the questor, whose functions are similar to those of the Master of the Sacred Treasury in The Blatian Empire . Its main duty is to collect taxes across the territory of the Republic, both in the island and in the territories that the republic has across the seas.

All these officers are chosen by the Senate, the supreme Assembly of the State amongs its 150 Senators from all the classes of society, but mostly from the middle class and aristocracy and elected by the Assembly of the People. The Senate is the one that debate legislation and ratified the laws. In order to be elected as a Senator a person has to earn a minimum of 5.000 denari a year. Once a law is debated and the senate gives its verdict about it, its passed onto the next assembly of the Valian Republic, the aforementioned, Assembly of the People. Each citizen is ascribed to a district for voting and military purposes. (Each district is a unit of vote and also a cohort inside the legions of the Republic). 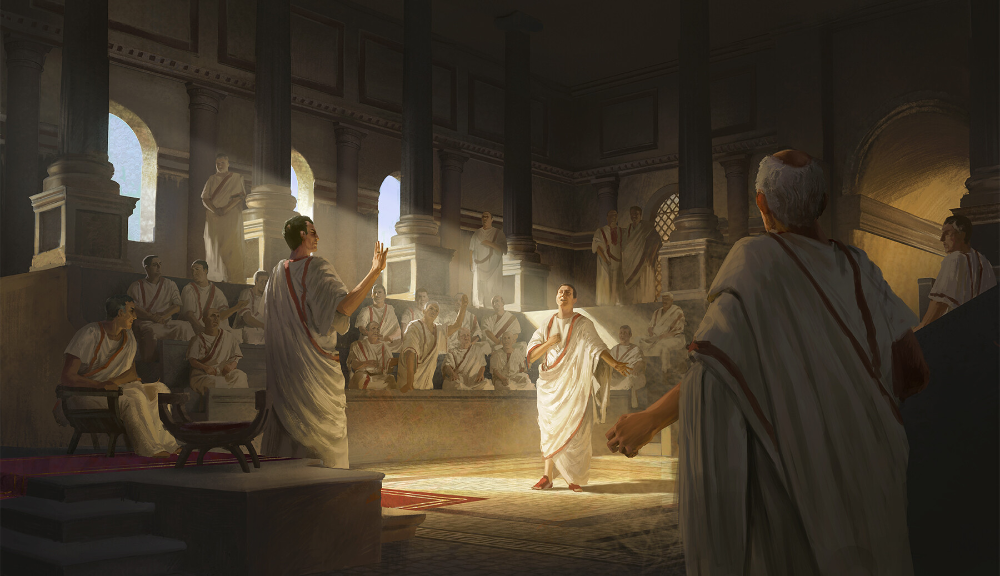 by Imperator Rome
The Assembly of the People's main task is to pass legislation and to elect the state offices (The process of elections in the Valian Republic will be explain in full detail in an upcoming article). In some occasions the Assembly of the people can be called for debating if the Republic must go to war. The Assembly of the people has its meetings in the ruins of the old city of Valia near the ruins of the old forum, while the Senate meets in the Senate house near to the Consular Palace, in the centre of the island of Pumphano, the city of Valia's biggest island.

The ruins of an old Ikarian colony and the birthplace of the great Valian Republic.

Valia was originally inhabited by the Omari people, related to the First men people like the Desert People, the Lashelians, the Menarites and the pre-davidovian peoples who lived in the Kallian plains. The Ikarians invaded and colonized the island in the 3rd century BP mixting themselves or, in many cases, enslaving many of these natives. It was around the time of the conquest that the city of Old Valia was founded, and, much like the rest of the island it was colonized by Ikarians and retired Oronai auxiliaries of the Ikarian army.   After the collapse of the Ikarian Empire in 460 AP, the old province of the island of Valia, Ikaria's easternmost province, had the same fate as the provinces of the mainland, divided into a multitude of kingdoms and city states. Valia, the old capital was ruled by the former governor of the province, but in 482 AP, tired of its cruelty and corruption, the population rebelled and killed the tyrant establishing a republic modelled in the old system of the Empire, but without an Emperor. the young republic quickly consolidated its power over th island. In 40 years, they've annex all the states of the island. However que young republic would have a little setback when it was defeated by the Seris Empire in 531 AP, effectively becoming a Seris vassal and tributary.   The Republic took advantage of the turmoil of the end of the Sittakid dynasty in Seria and quickly broke its ties with the mighty empire, however the Seris emperor would try to force the Valians again into submission but his fleet was completely destroyed in 561 AP by the renovated Valian navy thanks to its secret weapon, Gunpowder . After this event, Valia became the dominant naval power in the North Sea, controlling all the trade routes between Seria and the Human kingdoms of the north. Successes also came in land when in 647 AP a Valian army composed of 4 legions, 10.000 marines and 200 ships won the war against the northern kingdom of Nythia, who became a protectorate of the Republic and had to cede the city of Ragvug and its territory up to the coastline to the Republic.   Twenty years later, The Blatian Empire and Valia signed the treaty of Moria, re-establishing relations between the insular blatians and their brothers on mainland Teria. (By this treaty, in exchange of trade rights within the Empire, the Republic agreed that the Emperor of Blati as descendant of Zerah, goddess of Thunder, divine mother of the Ikarian people, would be considered as the religious leader of all the Blatians, including those in Valia, and had the right to appoint the archpriest of the city of Valia, but he should not interfere in the politics of Valia).   In the next decade the Republic expanded its influence and trade routes to the Southern and Western realms of Teria and in Karia as far as the Nari kingdoms.

The importance of the Sea

As it has been shown, the power and prosperity of the Republic relies on the Sea and its control. Valia has the greatest merchant and war fleet in the known world (merchant ships can be converted into warships in times of emergency) Most of the wealthy and high-middle class of Valia has jobs related to the sea. Either as merchants (Valian merchants are the richest in the known world) or shipowners or shipyard owners.   Talking about ships, the city of Valia has one of the wonders of the known world, the Arsenal of Valia, where 250 warships are built each month. (In comparison, according to the chronicles, the Ikarians built their first fleet of 100 ships in 720 BP in 3 months!). Many citizens work in this almost industrial complex heavily protected by the Valian marines.   Merchant ships from this island nation can be see in every sea and almost every port in the known world. The Valians specially are responsible of bringing luxurious goods like silk, dyes, pearls, precious stones and spices from Karia to Teria, and timber, horses, weapons, ceramics from Teria to Karia. So they are an important link between East and West and vice versa. 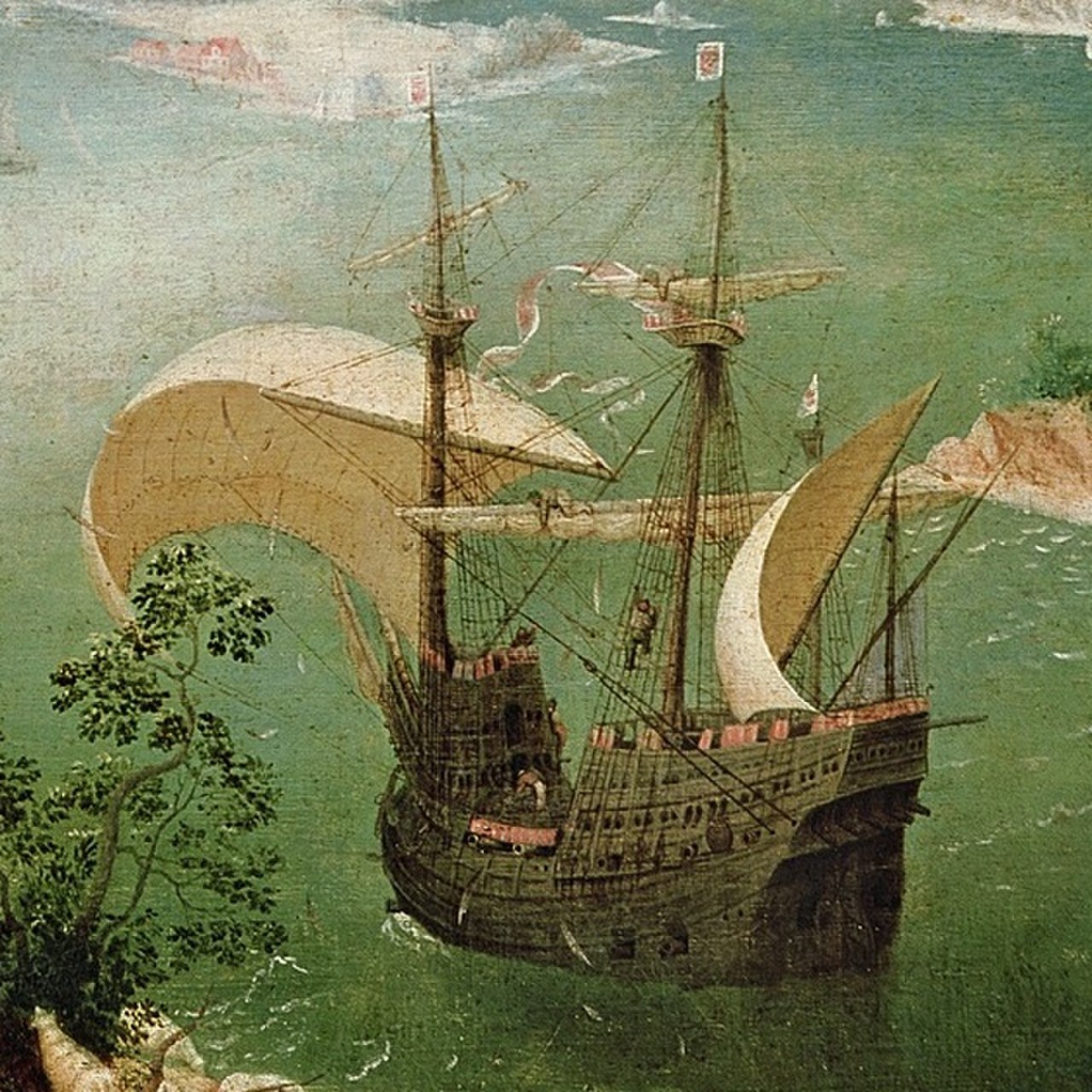 Carracks like this are used by the Valians for long distant voyages. 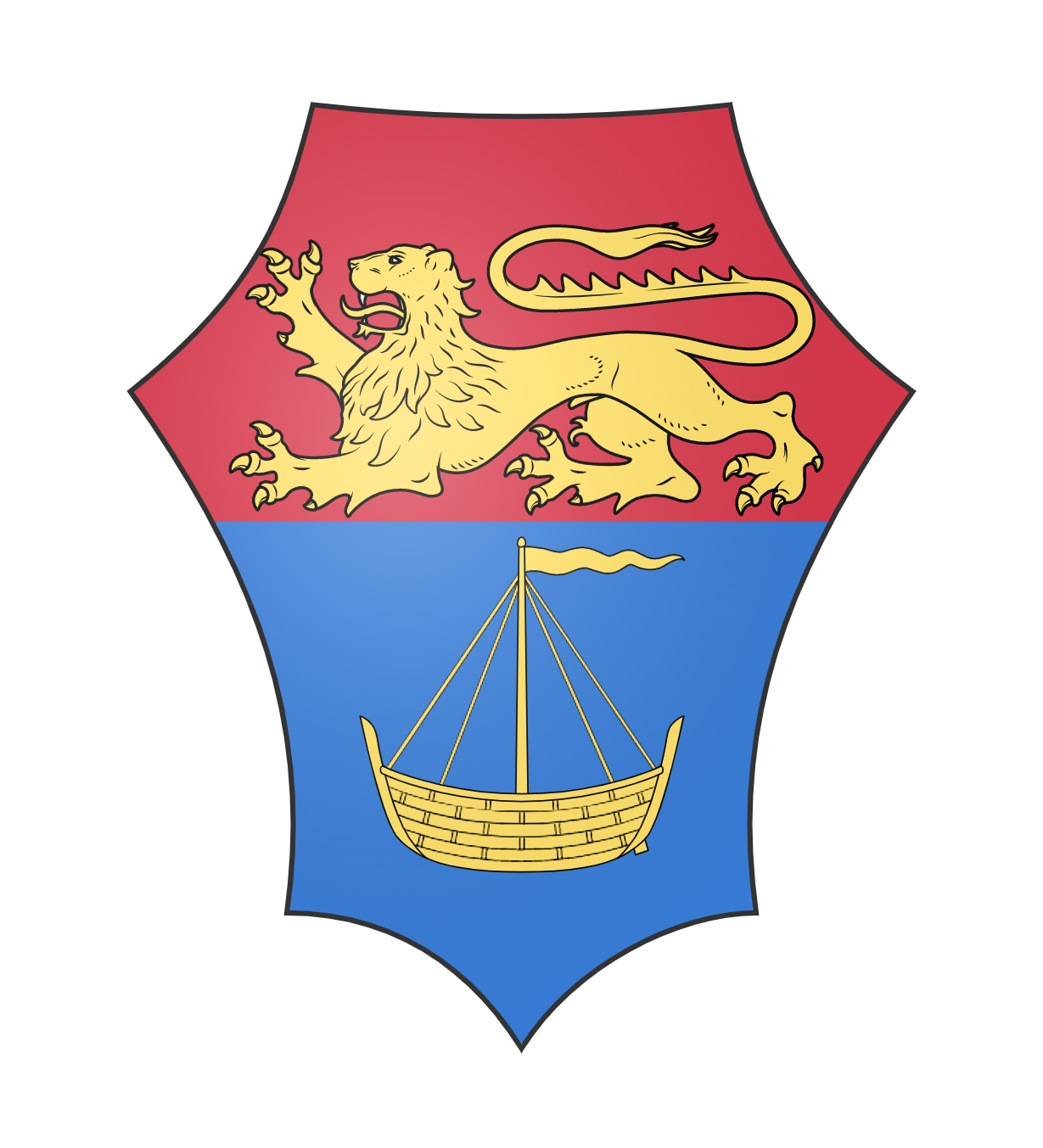 The Senate and the People of Valia

Social classes of the republic

(These last two classes form the bulk of the army and the navy. Every citizen of the Republic must have served for a minimum of 7 and a half years to be elected for office and for having also political rights like voting). This is not only considered a duty but one of the highest honors, to serve the state and win glory and booty in the battlefield)

Most of the citizens of the Republic are mostly of Ikarian descent, and speak their native dialect of the Blatian language, called Blatianu, closely related to the insular dialects of north-eastern Blati. But its estimated according to the census and family names that 20% of Valians have Oronai ancestry, and also its also believed that Valians also have considerable native Omari ancestry due to mixed marriages between them and the Ikarian settlers in the early centuries of the province.   The foreigners in its majority consists mostly of elves (one of the oldest communities in the island) and Seris (due to the long history of trade between both nations). All foreigners live in the island of Matissa, where the foreign quarter is located.

A centre of arts