The Prince, well he is handsome. But he is always looking towards that human princess.
— Female Servant

Armand was born in the vampire royal familie Barnier. His parents King Armando and his mother Queen Juliana, had younger two more children daughters. They were married off to sons of noble families. His parents engaged him to Helana Redfang, born a year after him. He never met her before his wedding.

Armand married Helena when she was 18 years old. She was very delicate and was often ill. Still she was able to give him two sons and one daughter. He loved them dearly, but he never made a true connection with his wife.

Armand met Vanessa Lazar, human princess, when they were just children. When his parents were visiting hers, they played together and stayed good friends when they got older. He was the first to notice that their friendship grew in something more, but he was afraid to act on it. When Vanessa came to him and told him about her relationship with her husband, and he told him about his. They both agreed with the affair, he didn't hide it from his wife. He talked even about Vanessa with her, he even admits that he is the father of Vanessa's sons. The husband from Vanessa found out, and threaten to kill the children. Armand didn't think twice and killed Mattheo Lazar. A few human servants saw what happened, but didn't get the full picture. That is why the First war started. After that night he never slept with Vanessa again, the next that he saw her it was on the battlefield.

King Armando scolded him for breaking up the peace, but there was nothing more that could be done. His father ordered him to lead the army, where he was forced to attack Vanessa. Something that hunted him, when he found out that their children were targeted he pushed Vanessa to flee with their two sons. He took Helana and the rest of the children and fled to, his best friend Count Dadrick Ventila.

The vampires and humans found out what happened. They bundled their forces and attacked the mansion of the Count, Armand was captured. He was under the false hope that his lover was safe. But she gave herself up because she wanted to die beside him.

My love, I can't live without you. The children are safe.
— Vanessa Lazar

They died on a funeral pyre. 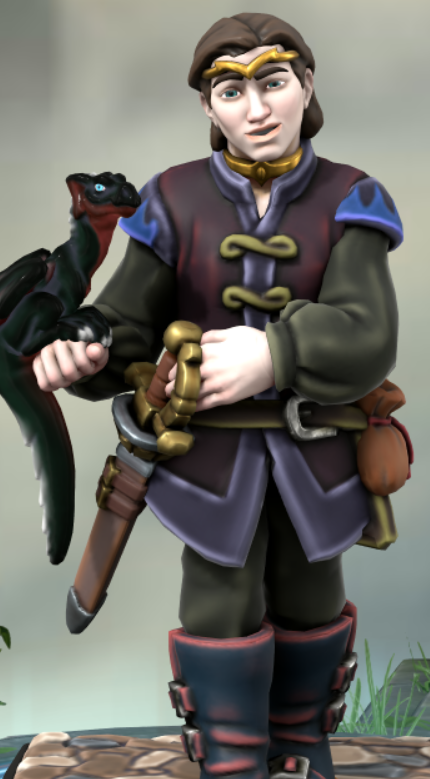