The queen, what a beauty full woman. But a little headstrong, she must need it to rule. I think.
— Human man

Vanessa was the only child of her parents, king George and queen Anabelle Lazar. Her mother was not able to get any more children would become the next queen of Narinor and represent the humans in the land. But before she could rule she needed to marry.

At the time there were no suitable husbands in other families so Mattheo Lazar, the second son of her uncle. Was selected to be her groom. She was not happy with the selection. She found it disgusting, when she reached her doubts but her parents didn't listen to her. When she turned 19 she married, her first cousin. But she didn't except him in to her bed.

When Vanessa was a young girl she met Armand Barnier, the crown prince of the vampire throne. They were then too young to know what love meant. But as they grew older they fell for each other. Armand was present at her wedding as she was on his. After she consulted him about her husband, and he about his wife. They both agreed with an affair. He is the father of her two sons. When her husband Mattheo found out and threaten to kill the two boys, Armand killed him. It was the last night they slept together.

During the war she leads her army in to the battles, where she was forced to attack her lover and best friend. After the last battle she and Armand found out that their sons were targets. So she fled Narinor to Traimora, to not reach a suspicion Armand came later. He brought them to his friend Count Dadrick Ventila.

The both factions found out where they were, and they attacked the mansion of the Count. Armand was captured by the angry mob. When Vanessa saw what they where planning to do with Armand she gave herself up. Not willing to life without him, she died beside him. Her two boys where safely in the care of Lady Helana (Armand's wife). 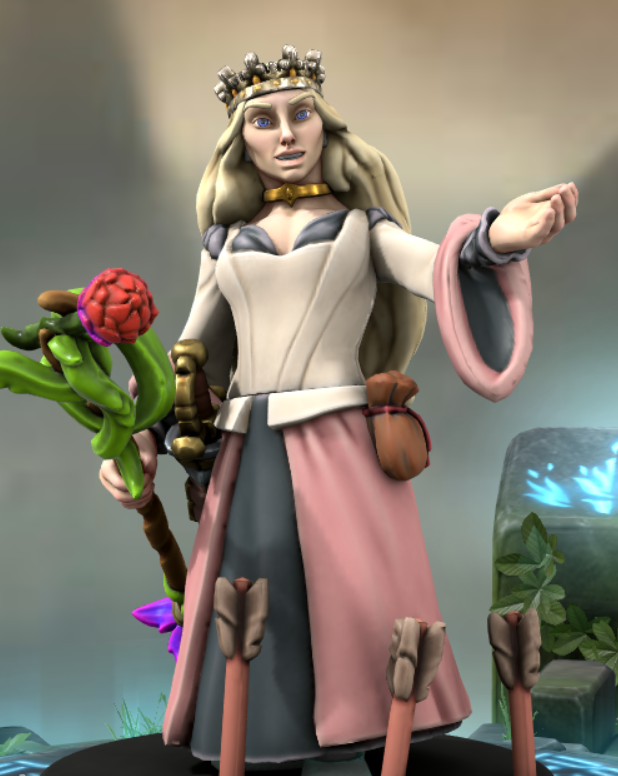