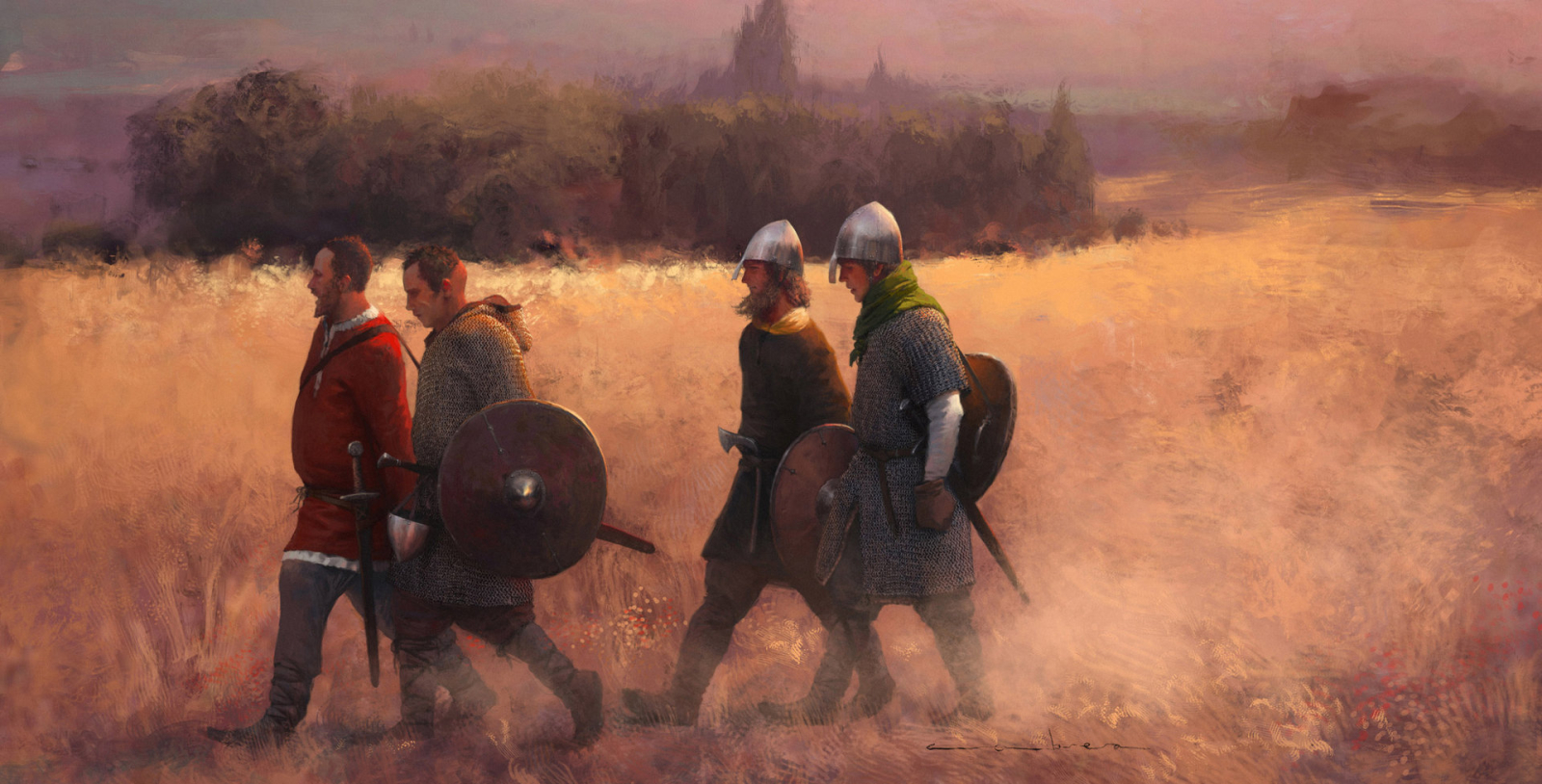 The Imperial Hosts of Juraedon

Legionnaires are organized into Bands, which are groups of eight soldiers who share sleeping quarters. New soldiers are given menial tasks such as latrine cleaning or fire stoking, more veteran soldiers secure specialist posts such as surveying or masonry.

Ten Bands make a Company. A Company is led by an Axantur (standard bearer), Gimilkhâd (commander of the watch), Ulbar (second-in-command), and the Princip (leader of the Company).

Six Companies together (504 each men including leaders) make up an Army.

And ten Armies plus a cavalry division (the Equine Zamîn) which has 120 riders (15 heavy cavalry, 15 horse archers, 90 medium cavalry) creates the largest division of the Imperial Legionnaire Forces, the Host (which has around 6120 persons).

The Host symbol is the Nelqorana eagle, born on a tall and golden pole by the Almarian.

Armies in a Host are numbered one to ten. Army One is extra large and has five Double-Companies (800 men). Army One's Companies are headed by senior Princeps. The most senior of them all is the Primus Kjan, or First Ruler.

The Primus Kjan can be promoted to be Camp Prefect, in charge of the daily running of the Host. Above the Camp Prefect are the five Narrow Tribunes, who are senior military officers and often promoted from the equestrian order. Above them is the Tribunus, and above him is the Asklja, who is commander of the entire Host and often controls multiple Hosts. Above all ranks is the General-commander, held by the Emperor, and he is the supreme leader of every Host.

Situation of the Hosts

There are forty-eight standing Hosts in the Empire and each Hosts has some 6000 troops. Each legionnaire is a professional soldier who will probably pursue a military career for his entire life. A Host is a permanent standing army and doesn't disperse.

Five Hosts have been destroyed in the fight against the Elves.

While the legionnaire and the Hosts make up the backbone of the Imperial Forces, the Levies make up the largest portion of Juraedon's military persons.

There's no mass conscription, but there is feudal obligation. But most often a company (not to be confused with the Imperial Company), either from the local nobleman or from mercenary groups, will go around a village trying to conscript young men. Other times these young men go to the assembly point where the army is. Nevertheless, all levied individuals have been contracted that dictate length of service, pay, compensation of lost horses, amnesty, spoils, etc.

Companies and retinues would join up with an Imperial Host, and then would be organized and put under the command of a nobleman who would create and sign off on a contract with the company captain. At this point the levy company will either act as an auxiliary force with the Imperial Host, or, if there are too many companies already, will act as skirmishers and raiders on enemy territories.

If a nobleman's fiefdom is centralized enough, he will send out messengers in his name to raise up companies and create an army. But more often than not the bulk of the army will be comprised of mercenaries who take up the call for high fees. The organization of these various companies is as different as there are kinds of men.

It is undesirable to actually get into major conflicts between armies. Pitched battles are rare above all things, as they can make or break your kingdom in the face of the enemy. Pitched battles are agreed upon beforehand for the two armies to meet and fight against. Usually, you will try to raid and skirmish with small forces, destroying territory, hopefully taking land and holding it with your Hosts.

The Naharaim machinery makes this tactic difficult. They have high explosives and poisons that make defensive positions difficult to hold with a non-magical army. Most successes for Juraedon come from its naval skirmishes and raids. The high speeds of Naharaim Ankh orbs also make movement across the countryside by Hosts easily spotted and disrupted. Especially in the northern prairies of Uulsan Torall - an inhospitable land for infantry - harassment by the mechanical spiders is inevitable.

The Empire of Juraedon has recently pulled back its forces, allowing the Naharaim great gains. The frontier has been pushed 600 miles west in a matter of two weeks from its original location against the Altaic Front and the Yellow Ash Plains. The last Host to be sent back to the city of Volk was the Twenty-second Host, led by Asklja Gilmân, and they were supposed to retreat across Lake Mirrormere by boat on February the 10th, Year 1093 of Huraedon and take the river Oloo towards Volk.

Against all odds, they've been discovered and attacked by the Second Massora Division of the Naharaim Engineering Corps. Accompanying this division of the Naharaim corps are the Cahl riders Sheer and Visha, two Yan elves who have been exiled from their native country. They are highly desired targets as their Cahl - or their eastern dragons - are capable of terrifying feats of wind and fire.

The Emperor Aelmourne has finally called, summoned, and organized his old Horse Lords of Uulsan, and his old Cave Kings of Torall. The Elves have retaken their old city of Muruk, but are being hard pressed to expand any farther into the mountainous terrain along the southern frontier.

In the northern frontier, the Naharaim are being pushed back. Their machines become clogged up and slow in the snowy prairies, which hide many pitfalls and traps for the non-native.

They are picked off, along with their Elven commanders, by horse archers. The cavalry are nominally part of the Imperial Forces, and sometimes the Horse Lords of Uulsan hearken the calls of war and fight with the Imperial Hosts - during these times they are organised as Alae or Double-alae (500 riders or 800 riders, respectively) and are placed under direct command of a Primus Kjan, who is subject to the Asklja.

There are also partly mounted cohorts for when the need arises, and they are mixed with the levied companies to have the desired numbers and according to their specialized skill.

Magic is the most important part of the Juraedon military. Wizards are mostly used for logistics and subterfuge. The sending spell is very useful and important, although it is a rare spell to have, so most wizards who have learned it are dedicated to creating sending stones rather than actual fighting.

Indeed, Wizards with spell slots higher than the third level are so rare that they are better spent somewhere else either researching or acting as a special ops group with other powerful warriors.

The other Wizards are placed in the back, protected by Leomund Huts cast by higher level wizards. Then the wizards become powerful spell slingers, sending fire, lightning, and water down on the enemy, washing them away and destroying swathes of opponents.

Some Wizards are defensively based and cast protecting runes and domes on allied soldiers. Others conjure creatures to help their cause. Even if their spells are used up, their cantrips are more than enough to turn the tide - being much more accurate than an arrow shot and as deadly. Wizards are for the most part safe in their huts.

Holy clerics will fight at the front in a separate division, managed by the Church and so not a part of the Imperial Forces. They are, if it is possible, more valuable than the Wizards. Clerics can make soldiers more likely to strike, they can heal with divine energies, and most importantly they can conjure bucket loads of food from thin air.

Those are the named divisions of the Imperial forces. You can expect all sorts of player classes to be in the army, though - just not as official divisions. You may find a druid as part of the levied forces, but never as part of a druidic host. Druids are too strange and unwieldy.

Still, despite the fact that the Naharaim don't show magical prowess, they provide a difficult challenge to Juraedon. 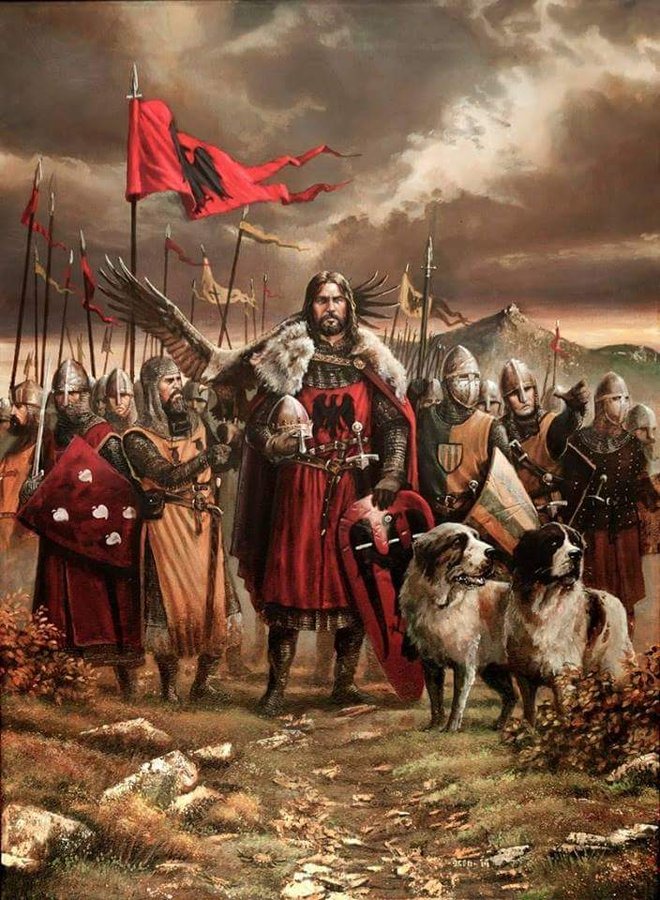