A Rich and Powerful People

Few have met this mysterious people of the far east. The Yan are the most populous and powerful of the Yeqitari Elves. Captain Visha and his wife, the minstrel Sheer, are of this race. But it would be a great mistake to think that the empires of the Yan are of one united race. The Yan themselves, that is, those who reside along the banks of the Dei He and the Yoo Nie are characterized by a slim and tall size, a strong build, a round, full face, high cheekbones, a short, depressed nose, thick lips, and fine teeth. Yan eyes are black and often oblique, complexion varying between pale white and dark brown; the beard is black and scanty, Yan feet are small. There are many distinct peoples that are categorized as Yan though they have dialects and appearances that are imperceptible and strange to the Yan proper. The Yan proper is the dominant race in the eastern regions. Pictured to the side is a Yan of the central plains.

The other what you may call subraces of the Yan are often of a stouter build, those in the south have darker skin. The Yan to the west, that is, the current Kingdom of the Kin, are small and strong with long hair and beards.

The Yan empires dominate the east, and their philosophies divide their peoples into extremes. In one you will have a bureaucratic monster, the people mere cogs in a staggering machine. In another you will find a people focused on the flow and form of nature, entirely given to unimpeded Movement.

Currently, the Kingdoms of the Yan are embroiled in the aftermath of The Coup of Nine Dragons. 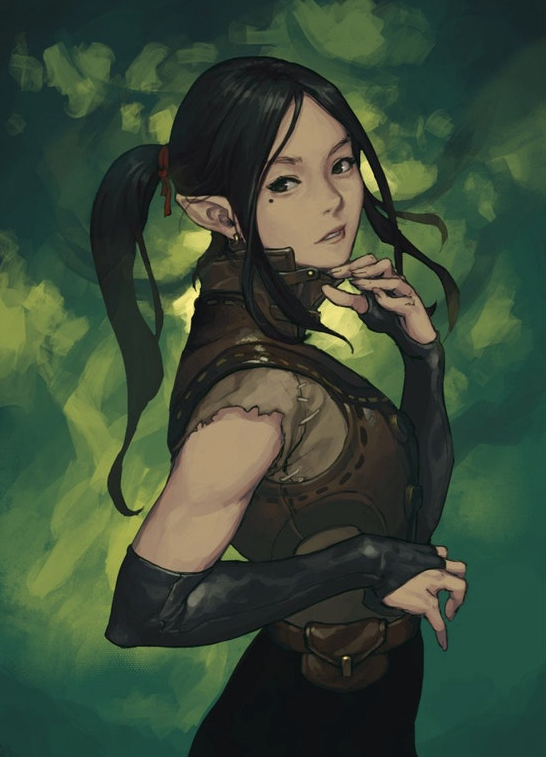 Age: The Yan Elves live double the lengths of Human lives. A Yan Elf can live up to 200 years. A Yan Elf's appearance and physique as one progresses in age is similar to that of a Human's, although it is stretched out.

Size: Yan Elves range from about 5 feet to over 6 feet tall.

Yan Weapon Training: You have proficiency with the glaive, the shortsword, the heavy crossbow, and the longsword.

Darkvision: A people descended from lightless midnights, the Yan can see in dim light within 60 feet of them as bright light, and in darkness as if it were dim light. You can't discern colors in darkness, only shades of gray.

Imperial Persons: You gain proficiency in the Persuasion skill. When interacting with Scholar-Bureaucrats, any charisma checks done towards them is done so with advantage.

Languages. The Yan are those far eastern Elves who remain isolated from the world at large, set apart by the high Alborz Mountains. As such, you are a race unto yourselves. You know Common (Pan Gu) and Elvish (Local Dialect: Yan). Pan Gu is the national tongue as propagated by the central state. Yan is the widest spread of the Far East Elf tongues.