The Yeqitari are the Unopened, and the principle reason that Gendûet was able to exercise his will so freely in the world.

The Parasquen are an offshoot of this overarching race, and reside in the mountainous and desertlike region to the south-west of the Orridental. Most of their population resides along the coast, living in fertile regions where the mountain rivers end. A notable difference between the Parasquen and their Naharaim precursors are their blue, ashy skins. Nevertheless, they carry over many customs from their mother country. Their dress, their speech, and their customs all have a close connection to the Naharaim. They did not inherit the Naharim talent with machinery, though.

Once their powers stretched over the continent, dominating even their progenitors, the Naharaim, but they have since diminished. Now they are content to live quietly in their pale clay cities by the sea, listening to the screams of the gulls on the cliffs and shores.

The Parasquen themselves are only a minority of the population of their country. They are outnumbered by many other sub-races descended from either the Naharaim, from themselves, or are independent races altogether. The Parasquen are the most politically powerful race in their nations, and their subordinates do not seem to mind their easy-handed rule. 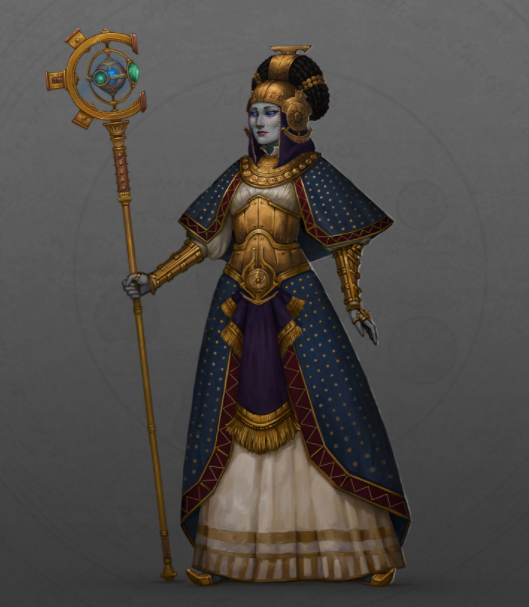 Sister Kingdoms: You can speak, read, and write one extra language of your choice.

Poets, Soldiers, Kings: You gain proficiency in three skills of your choice.

Martial the City-states: You gain proficiency with heavy armor and shields.