While in the Shadow Realm, she spent her life as a scholar. She traveled the world to learn from other races with her focus being on social ethics.    When she came to the Mundane World, she saw that many of the newly arrived Shadow Kind were struggling to find their way. She decided that there was a need for a guide into this new world. Thus, she gathered together the "Wildlings" or those who had yet to adapt and created a home for them with a goal of helping them integrate into Mundane society.

She attended several colleges in the Shadow Realm. While in the Mundane world she has earned a master's degree in social work through an online program.

She runs the Central Park Apartments as housing for low income and disabled individuals. All the applications that are accepted are also Shadow Kind.

She is intellectually driven. All things need to be analyzed for their pros and cons without allowing emotions to sway the decision.   Skeptical: not easily convinced; having doubts or reservations.   Pragmatic: dealing with things sensibly and realistically in a way that is based on practical rather than theoretical.   She is pragmatic and independent in their decisions and actions. Rather than choosing the path which they feel they should take according to society or laws, she will make up her own mind. What she chooses will be driven by her own personal motivations. Generally, she will follow the rules and favor Good over Evil, but only because it makes her life easier and she is generally rewarded for it, not because she feels obliged to by morals or ethics.    She doesn't believe in upholding the rules and laws of society, but nor does she feel the need to rebel against them. She will follow orders from people in authority, but only if it suits them. If that authority tries to get in her way, or is disrespectful, she will not follow them. She takes a very balanced view of relationships. She will show respect to people who respect her, harm those who harm her, and be kind to those who show her kindness. This means she will help and defend her allies, and hinder and take out bad guys. If someone is in need and she doesn't know them, she will weigh up if helping them is worth it or not. In her everyday life, she doesn't get involved in the lives and business of people she doesn't know.    When she invests herself in a cause, it is because she will directly benefit from the outcome of that cause. In the case of helping other Shadow Kind assimilate into the Mundane World, she is ensuring that the Veil in maintained and all Shadow Kind remained protected from the Mundanes. Additionally, she believes that having a community of Shadow Kind gives her the diverse resources that she once enjoyed in the Shadow Realm and is now much harder to access in the Mundane Realm.    She will usually keep her word, but if circumstances change and it’s better for her to break her promise then she will. Likewise, she will not usually use poison, but they will do so if she thinks it is the best action at the time. The same with betraying allies, she will, but only if lives are at stake. In a physical encounter, she will eliminate others but only to defend herself or her allies. She will not go on a rampage because she doesn't take pleasure in harming others. Causing harm to others is a last resort. She will use equal or lesser force to defend herself.

She has been the leader of the Wildings for 20 years, during which time she has been known for her fairness.

When she first came to the Mundane World she affiliated herself with the Green Hand. She shares their ideals regarding protecting nature, but could not sit idle while so many Shadow Kind were struggling. More then just Elves need a safe haven within this world to rediscover their place and identity. All races are entitled to such.

Her high charisma and extroverted nature make it easy for her to work with large groups of mixed races. She is quiet and languid in her movements. Allowing others to speak first and rarely openly contradicting someone.

Keeps cats in her apartment. Her routine is to give kittens to whom ever visits her apartment once they are ready for new homes. She considers it an omen that they were meant for that home and that it is good luck to have a cat in your home.

Qhall and Tailha have disagreed regarding the Veil since the beginning. Qhall believes that lifting the Veil is the only way that the Shadow Kind can create a place for themselves in the Mundane World. Tailha believes that the Veil is the only thing that is protecting them from the wrath of the Mundane humans. They both believe that war is the inevitable outcome of lifting the Veil. Tailha will do whatever she can to avoid that war. She does not believe that it can be won. Qhall believes that the war with the Mundane humans is inevitable and it is better to choose the time and place then to allow them to decide and take the advantages that choice affords.

Tailha broke an agreement that was made and Gnara has not forgiven her for this. She believes that it makes Tailha and her people untrustworthy.

She worked for Qhall to help her get by. By choosing to align herself with Qhall and his gang, she made herself an enemy of Tailha who is an enemy with Qhall. Despite no longer being associated with Qhall, Tailha still doesn't trust Ebonie. 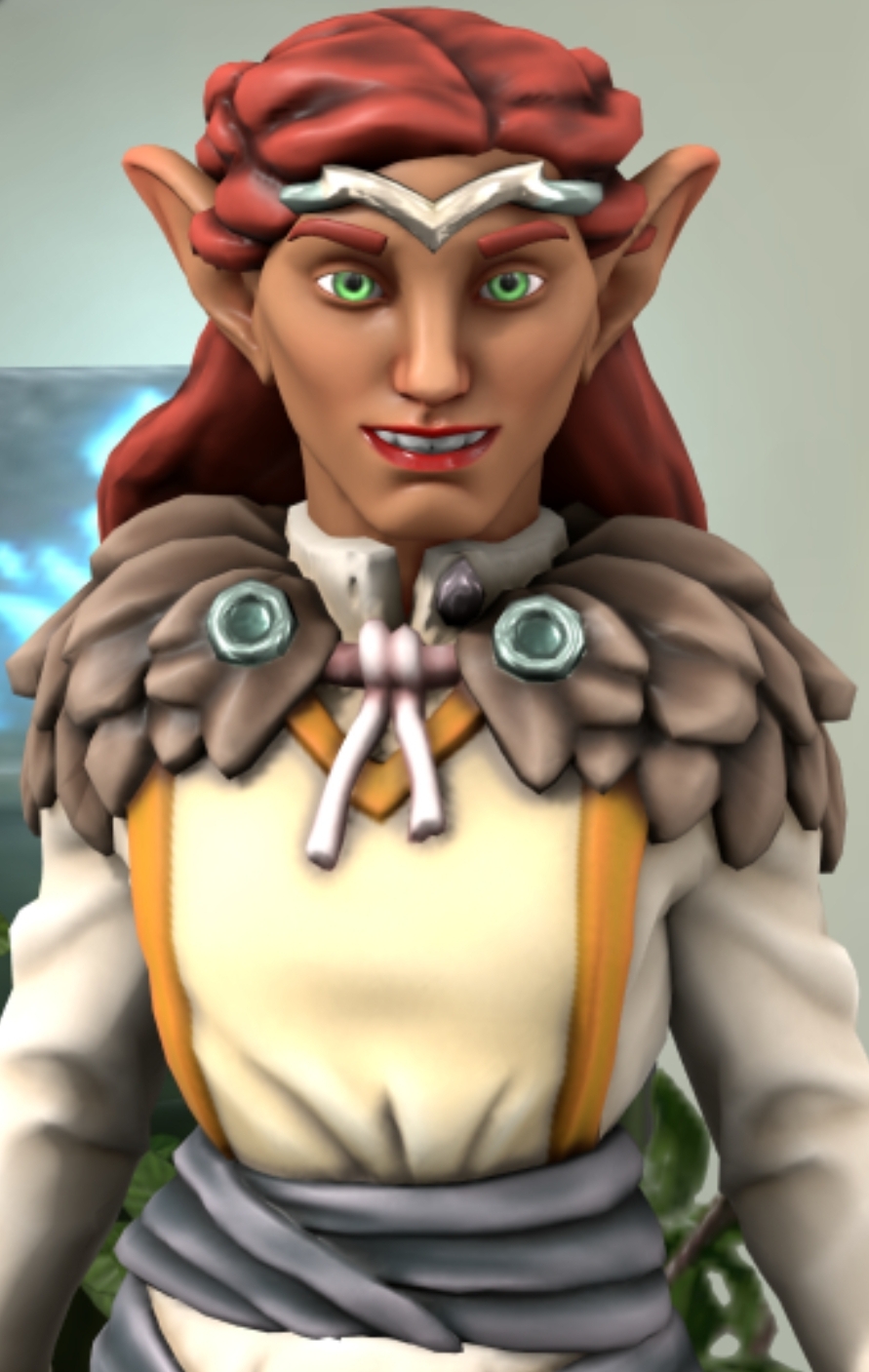 What you see depends on where you stand.
-Albert Einstein