He has 4 facial tentacles.

Qhall was like any other Illithid until he was sent outside the colony on a mission for the Elder Brain. Leaving the range of the Elder Brain's influence allowed him a bit of personal freedom for the first time in his life. He was suddenly aware of himself as a thing separate from the colony. Then, he was pulled into a Shadow Rift and found himself in the Mundane world. He has been in the Mundane world for 50 years and has no desire to return to the Shadow Realm. Returning there risks returning to being a mindless slave.   He has spent the last 50 years in the Mundane world building himself a position of power. He has gathered those with similar goals and created the Cthulhu gang. He wants to see those from the Shadow Realm being in a position that they can live as equals to the Mundane humans.

Male, after all it is the male that is the powerful gender in this place.

He has used his considerable intellect and his Mind Flayer abilities to learn everything he can about the Mundane world. He seeks out the brains of those individuals that can teach him the most. He has devoured computer experts, politicians and gangsters all in an effort to gather a better understanding of how this Mundane world functions. With his considerable computer skills gleaned from the minds he has devoured, he has scoured the internet to educate himself on everything.

He has been writing a blog about making cookies that look like fantasy creatures in order to make his money. He has become rather popular and has recently opened a bakery under the same name.

He writes under this pen name in an effort to raise awareness about the Shadow Kind with in the Mundane world. He has no fixed presence with this user name, but rather creates and delete accounts on various platforms frequently. He will comment extensively on news articles and other blogs in an effort to reveal the truth of events.

He is the leader of the Cthulhu gang. Their objective is to raise the Veil and establish a place for the Shadow Kind within the Mundane world. They help new arrivals establish identities and find work. They do their best to keep hostile and mindless Shadow Kind under control, but are less concerned with these problems as they feel that these types of events are likely to bring down the veil.

He methodically takes what he wants within the limits of his code of conduct without regard for whom it hurts. He cares about loyalty and order but not about dignity or life. He plays by the rules but without mercy or compassion. He is comfortable in a hierarchy and would like to rule, but is willing to serve if he must. He condemns others not only according to their actions but also according to race, religion, homeland and social rank. He is loath to break laws and promises. This reluctance comes partly from his nature and partly from those who oppose him on moral grounds.   He values his freedom highly and will do anything to protect it. He believes that freedom is granted to the strong and to the intelligent. Those who cannot command power cannot maintain their freedom. He believes that to be the nature of the universe. Since that's the way things work, he strives to be one of those that holds the power so that he will never become a slave again.   Hierarchy is important. It is how the strongest and smartest rise to the top to lead everyone else. It means that the weakest and dumbest people are at the bottom of the hierarchy which is where they deserve to be. If they want to rise up, they need to be stronger or smarter and prove themselves. That is the only fair way to decide. It makes no sense to have a society lead by those that have not proven themselves to be both strong and smart.   He is likely seen by those outside of the Cthulhu gang as evil, but Qhall does not perceive himself that way. He believes that he is doing what is right for all Shadow Kind and the world. He believes that he could bring peace to the Mundane world and using strict control measures to keep everyone in their place he could create a society that works as it should.   He is generally viewed to be

Has been in charge of the Cthulhu gang for 40 years since he founded it. He is known for being both fair and ruthless. His people know that he will make decisions and rulings to the letter of the law.

Tailha Dalamin, leader of the Wildlings, opposes him in his efforts to lift the veil. She believes that hiding is all that protects the Shadow Kind from being hunted down and killed by the Mundanes. This difference of core belief and goals has made them enemies.

Deld is a business associate that Qhall frequently calls upon to get things taken care of. They have no special fondness for each other, but recognize that they each have skills and resources that have value.

As the leader of the Cthulhu, he has sway over those who are members of this gang. He has advantage with persuasion and intimidation rolls when engaging with anyone within the Cthulhu gang.

A mind flayer accomplishes vocal feats by forcing one of its tentacles down its own throat and curling the tip to act as a tongue. The process is uncomfortable to the mind flayer, can be disquieting for other creatures to witness, and results in a sound that is often harrowing to the ear. Despite the difficulty, some mind flayers make a study of spoken communication and manage consistently intelligible (if not melodious) speech.    Qhall has practiced this method a good deal. He has found that many within the Mundane world find telepathy unsettling. He will use telepathy first, but will switch to the spoken word if the person he is speaking to is uncomfortable with this communication method. Additionally, there are numerous occasions when he is required to speak with numerous people at the same time and that requires this method.

Clarissa tried to take Qhall down once, but found that he was much more then she could handle. She managed to survive the encounter, but now has Qhall as a lasting enemy.

Qhall and Tailha have disagreed regarding the Veil since the beginning. Qhall believes that lifting the Veil is the only way that the Shadow Kind can create a place for themselves in the Mundane World. Tailha believes that the Veil is the only thing that is protecting them from the wrath of the Mundane humans. They both believe that war is the inevitable outcome of lifting the Veil. Tailha will do whatever she can to avoid that war. She does not believe that it can be won. Qhall believes that the war with the Mundane humans is inevitable and it is better to choose the time and place then to allow them to decide and take the advantages that choice affords.

Ebonie betrayed Qhall to the Draco Shadow Investigations Department, nearly getting him caught and killed by one of the teams. She betrayed him to earn the trust of the Shadow Investigations Unit and to earn her way into the organization that she perceived as having all the power in the city. Qhall vows that he will make her pay for her betrayal.

He is wealthy. He has managed his blogging and baking business well. In addition to that, the Cthulhu gang has their hands in all sorts of crime that earns him plenty of money. 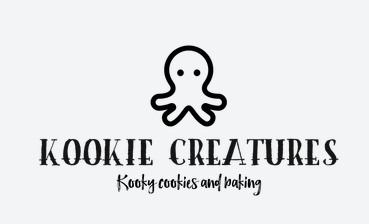 The intellect devourer can sense the presence and location of any creature within 300 feet of it that has an Intelligence of 3 or higher, regardless of interposing barriers, unless the creature is protected by a mind blank spell.

The intellect devourer makes one attack with its claws and uses Devour Intellect.

The intellect devourer targets one creature it can see within 10 feet of it that has a brain. The target must succeed on a DC 12 Intelligence saving throw against this magic or take 11 (2d10) psychic damage. Also on a failure, roll 3d6: If the total equals or exceeds the target’s Intelligence score, that score is reduced to 0. The target is stunned until it regains at least one point of Intelligence.

Mind flayers breed intellect devourers to serve as roaming hunters of the Underdark, creating an intellect devourer by taking the brain of a thrall and subjecting it to a horrible ritual. As it sprouts legs, the brain becomes an intelligent predator as twisted and evil as its masters.

Answering: "a great leader of their people"
Visit Piggie4299's Competition Page Check all other answers to this prompt Competition Homepage 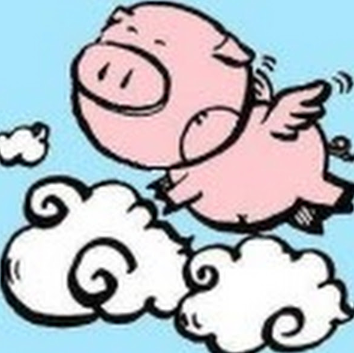 I would be happy to have you read this article on your twitch channel. I am available any day this week for the 8p slot this week. I would love to join you for the live event. Thank you so much!

I appreciate the response and the permission! Whenever you appear in chat, be sure to shout yourself out so that I can know to hop on over to your article. <3 Have a blessed one!

I have had some things come up in my schedule so I will not be able to attend your stream this week T.T However, you are still welcome to use my article and I will watch the youtube post. Thanks again for including my article <3

Thanks for the heads up. I'll be sure to let you know when I cover it. God bless and much success with your busy life <3 Sending all the love and hugs. :)

Hi there. I pray all is well. I went over your article tonight. Here's the link for the replay if you'd like to take a look. If not, no worries at all. I apologize for going on some brief tangents in the middle of discussing the character however XD Thanks again for allowing me the honor! Have a blessed one. <3