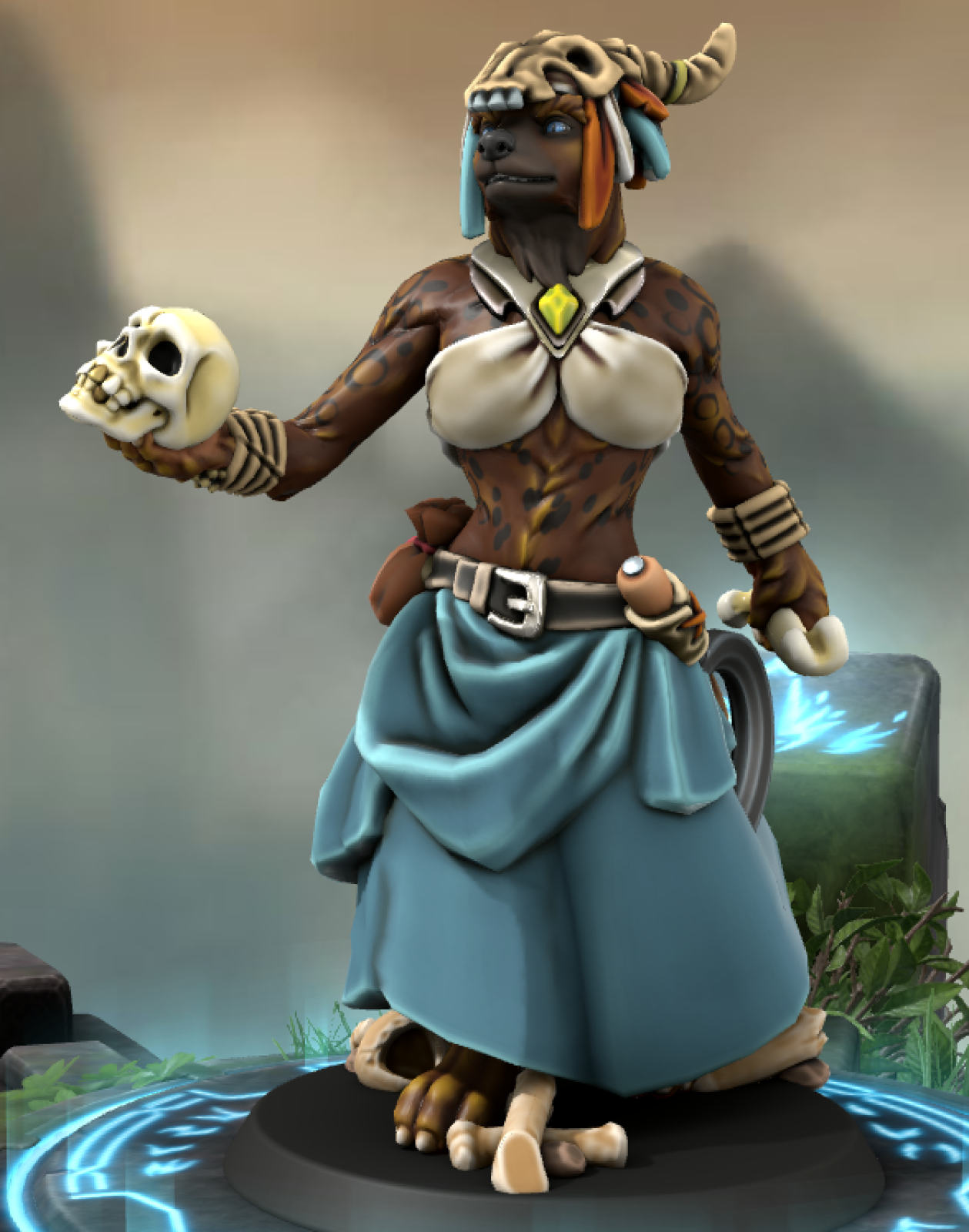 She carries a bundle of old bones that she smells, tastes, or speaks to for guidance. She also carries a speckled owlbear hide, tooled with raised marks that she has created a star chart on as part of her heavenly studies. She keeps these with her at all times as they are her divination tools.

As part of the Riverpaw Clan, she was being raised to revere the land. When she was pulled into the Mundane World, she was able to find other Gnolls, but they were not of the Riverpaw Clan and their ideals were different then her own. Using her magic, cunning and force of will, she was able to gain leadership of the Gnolls that she found in the Mundane World. She gathered them together and brought them to the caves where she has established a home for them.   She came into the Mundane world when she was 7. When she was 8, she took her first mate and had her son who she raised until he was 8. Then he chose to leave her and she has not seen him since. By age 16, she had established the Riverpaw Clan within the Mundane World. She has just recently had a daughter with her new mate. She hopes to raise this daughter to be the heir of the clan that they need.

She was trained by the Shamans in the Riverpaw Clan while she was living in the Shadow Realm.

Her primary goal is to establish a new Riverpaw Clan in the Mundane World. Since she cannot return home, she will recreate her home here.

Tailha broke an agreement that was made and Gnara has not forgiven her for this. She believes that it makes Tailha and her people untrustworthy. 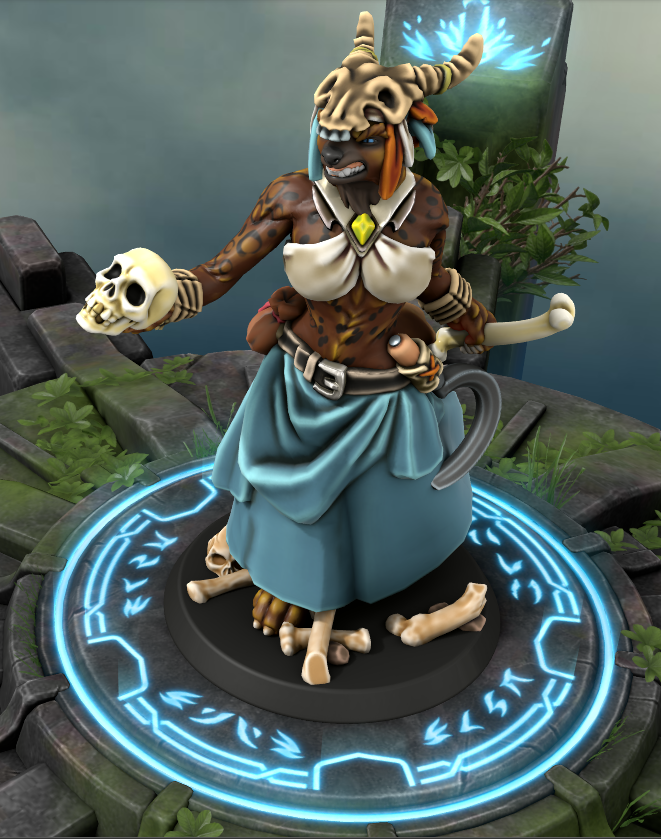