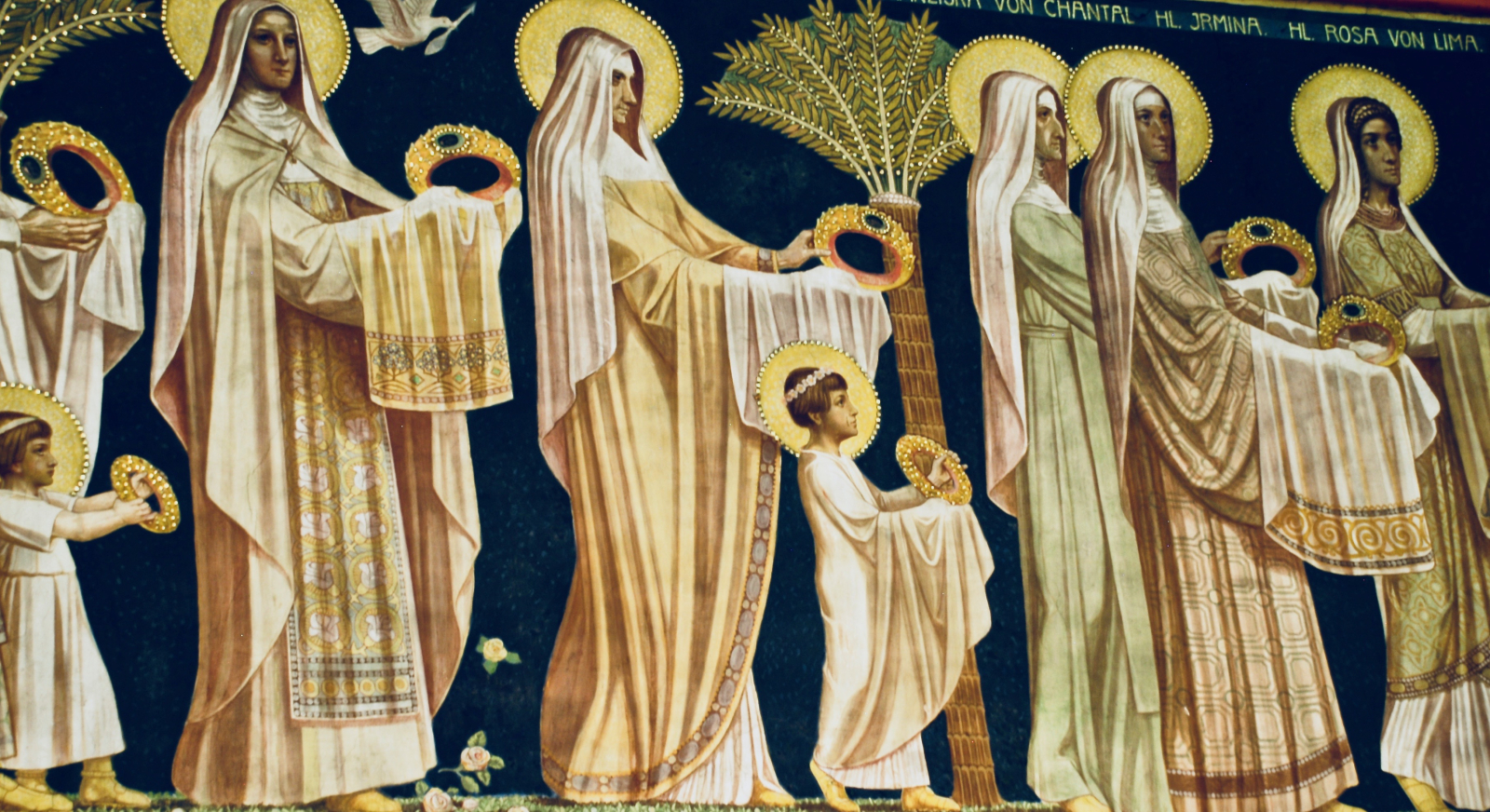 If you are fortunate enough to be invited to observe a Great Clan Moot, be prepared! You will not turn up and observe a day of open forum talks, but week upon week of gruelling political debate that can range from discussions of the most boring, bureaucratic, technical minutiae of the law, through to fire, passionate arguments over the most partisan of topics. My advice would be to take a cushion, as the viewers benches are hard and uncomfortable, and you need to be prepared to be there for the long haul!

Extract from Maximilian Hoherberg von Zottehal’s History of the Known World.   Held every ten years, the Great Clan Moot is one of the corner stones of politics in the Union of Mishtoon, and provides the Clans that live there and Clans from beyond the border of the Union the chance to put their petitions and grievances to the High King or Queen directly, and have them debated and agreed upon then and there.

The first Great Clan Moot was held in 45S.E., almost 45 years to the day since the Union of Mishtoon was founded and the Moot itself was the idea of Dimitris the Law Giver, who had been lobbying to get his code of basic laws, Dimitrian Law accepted as the legal code of the new nation. Given that the first High King, Medyr I and his court were unsurprisingly unhappy and uncomfortable with the idea of potentially limiting their own powers and opportunities to gain wealth for themselves, Dimitiris had been shunned by the court for his suggestions, and had even received death threats against him. Knowing that the court would not give a fair hearing to his proposal, Dimitris began to travel far and wide throughout the Union of Mishtoon, gathering support for Dimitrian Law, and warning against the Clans giving too much free reign to the High Monarchy, lest they should begin to repress the proud and noble Dwarven Clans.   Dimitris' words did not fall on deaf ears, and very quickly the Clans began to pressurise the court of High King Medyr I to allow a fair and open debate on the issue. Realising that the situation could get dangerously out of hand, Medyr I capitulated and the first Great Clan Moot was held in the Fforwm cavern, several days journey from the capital of the Union, Ebenbirn. One of the results of this first Moot was that Dimitrian Law was accepted as being the law code that would underpin live in the Union, much to the disgust of Medyr I. In addition, the Clans so enjoyed having a forum in which to air their grievances to the Royal Court that they pushed for the institution of the Union Council, which still exists and acts as a parliament of sorts, and set up the schedule that a Great Clan Moot would be held every 10 years.   This has been the case ever since, and rather than being viewed as something that enslaves and pressurises the High Monarchy into doing what the Clans wish, or undermining their authority, the Great Clan Moot is now viewed as one of the key components that provides internal stability to the Union.

When the Great Clan Moot is held, it is held in an enormous cavern beneath the Eira-Gwyn Mountains, called the Fforwm, and the space is set up to provide not only accommodation for all of the delegates, hangers on and observers for the duration of the Moot, but also has numerous feasting, drinking and entertainment spaces set up around the area as well. The very centre of the Fforwm is dominated by the debating area itself, which is large enough to accommodate a round table, hollow in the middle and large enough to seat all of the delegates, making it quite a substantial size, which is surrounded on all four sides by blocks of tiered seating, so that any who attend the Moot and who are not themselves delegates can view the proceedings.   The Moot begins with a speech given by the High King or Queen of the Union, where all of the delegates are welcomed by name, and affiliation to the Moot, and where they then give an account of what was agreed at the last Great Clan Moot, what has been achieved since then and what events have occurred that may concern or even threaten the Union, or Dwarven kind in general. On average, this speech will take most of a morning to complete, after which the floor is opened to all of the delegates in turn, who will state what items they wish to be placed on the Moot agenda. These items, once collected are then allocated quantities of time to be debated on by vote before the actual proceedings of the Moot begin in earnest. This preparatory process can take several days in itself.   After this, all of the items that were proposed for the agenda are debated by the assembled delegates, and after each debate, the High Monarch and their advisors are given time to go and separately debate amongst themselves what their response will be, and how they will propose to address the concern or item raised. They will them propose their course of action the High Monarch and their administration want to take, and this is then debated until an arrangement that is satisfactory has been reached.   Once all of the items on the agenda have been debated and agreed, a process that generally takes several weeks, a large feast is held to formally close the Moot, and a period of scribing follows the dissolution of the Moot, where everything that was debated and agreed is meticulously written up into coherent prose and copied for distribution so that all of the groups of delegates receive a copy as a record of the proceedings.   Technically, the Great Clan Moot is not a political or judicial body, and theoretically it holds no official power, which means that the High King or Queen and their Ministers are not lawfully obliged to do anything, or keep any of the promises that are made during the course of its proceedings. However, it would be a very brave monarch of Mishtoon indeed who decided to ignore an item that has been debated and agreed at a Great Clan Moot, as such a move would lead to great dissatisfaction amongst the Clans, and may well lead to the threat of revolt, or worse and actual revolution.

Although many people from all over the Union of Mishtoon will turn up to the Great Clan Moot to observe its proceedings, the main participants who take part actively in the political gathering are: the High Monarch, representatives of the Royal Court who hold Ministerial positions, the heads of all of the Clans that reside in the Union of Mishtoon, the representatives of each of the Clans that attend the Royal Court and represent the Clans on the Union Council and the representative of the non-Dwarven inhabitants of the Union, who represents them on the Union Council.   Even though one of the primary roles of the Great Clan Moot is to provide a space for debate and a forum in which the feelings and dissatisfactions of the Clans that make up and come under the political jurisdiction of the Union of Mishtoon can be voiced to the High King/Queen and the Royal Court, Dwarven Clans from beyond the Union’s border are also invited to attend and to offer their thoughts and advice as friendly observers. The invitation of Clans from outside the Union is judged to be a savvy and key pillar of Mishtoonian foreign policy, as it enables the High Monarch and their court to maintain diplomatic relations with groups of Dwarves who are technically citizens of other nations, and who can act as a useful pressure group within foreign nations to push for diplomatic relations with the Union to be seen more favourably, and even to grant more favourable terms to the Union, in order to keep this part of their citizenry happy. So strong is the link between the Dwarven Clans outside the Eira-Gwyn Mountains and Mishtoon, it has even been known for Dwarven Clans living outside the Union to refuse to join the military efforts of their home country against the Union, either refusing to serve altogether, or only agreeing to serve in non-combat roles. The extrajudicial diplomacy and relation that the Union has with none Mishtoonian Clans is quite severely frowned upon by the other nations of Turoza, who unsurprisingly see it as an attempt to undermine their authority.   All in all as so many people turn up for the Great Clan Moot, not to mention all of the hangers on that come from each Clan to observe the proceedings and enjoy the associated festivities, the area that is required to hold all of the participants needs to be incredibly large. This is why the Fforwm has been chosen to host the Moot, as it is a large empty cavern space, without any existing infrastructure, and can therefore be set up for the Moot without having to be concerned about existing, non-related infrastructure and can be easily adapted to accommodate the numbers that arrive.

The Great Clan Moot is held every ten years and is normally held around mid-summer. Even though the majority of the activities that go on in the Union of Mishtoon are not dictated by the weather, as they are based underground as are their cities, towns and villages, all of which can be accessed by the Tanffordd, the underground road system, mid-summer is chosen to make it as easy as possible for representatives from Clans that live beyond the borders of the Union of Mishtoon and the Eira-Gwyn Mountains to attend the Moot.   The Moot and its associated activities will normally take place over a period of 2-4 weeks depending what is on the agenda, during which time there will be associated feasts, athletic games, religious celebrations and a general festive air to celebrate the unity and friendship of the Dwarven Clans, and celebrate Dwarf culture.