of the Holy Trinity

An earnest samurai who sought out service under Aotsuki Tsukamoto after hearing of his good works and affiliation with Amaterasu. Hidemitsu was not only recruited as a samurai, but also seems to have formed a unique bond with Ka-ten Agni, who found in him the passionate heart she had been searching for. He often serves as her personal conveyance and performs whatever silly orders she comes up with for him without complaint.   Thought it is restating the fact, Hidemitsu can only be described as earnest. He is always ready to help, open and honest, and seems to operate without even the slightest hint of guile. This has led to him being avoided by some of the more cynical residents of Ōtsu Castle, who believe that no one can possibly be that naive. His strength of character seems genuine, however, and he must have been raised well by good parents before becoming a samurai. One of his greatest flaws, however, is most certainly his trusting nature. He fails to see the guile in others, and is thus quite easy to fool into doing just about whatever the requester asks of him as long as it seems helpful on the surface.   His hobbies are mostly taking care of Agni's whims these days, but he does also whet his own arrows and writes holy texts on them in very tiny print. It is this which he claims allows him to use his Holy Trinity technique, but everyone else knows that it's his own Ki doing the work. 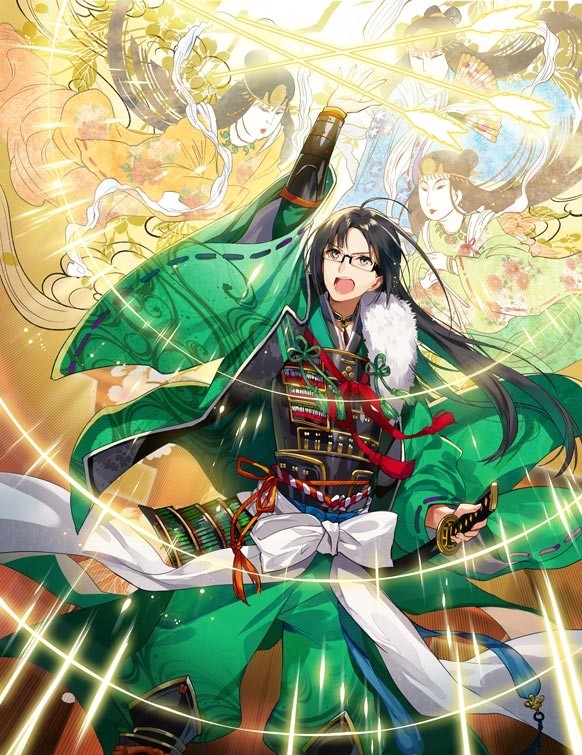