The former Hindu God of Fire, now trapped in an avatar resembling a small, dark-skinned girl with flaming hair. Agni is fiery and excitable in manner, holds a sense of honor and wisdom which belies her diminutive size, and admires those with a passionate heart. Unfortunately, the curse which rendered her in her current form also seems to have somewhat affected her intelligence, and she is no longer the god of knowledge and innovation she once was.

Furious Blaze: Ka-ten Agni may use the Pyrokinesis power "Nova" as a passive action and without splitting her psychic potential once per turn. After activating Nova, following powers are considered to have access to her full psychic potential, but additional powers split it as normal. In addition, Agni may achieve a result of Zen on any Pyrokinesis power even if she does not yet have access to this difficulty level otherwise.

Agni was originally a great and powerful fire god in the Hindu pantheon, come to Japan with the rise of Shinto-Buddhism. An altercation with Izanami-no-Mikoto, however, resulted in Agni's complete defeat and the destruction of his main body as well as that of all his major avatars. Subsequently, he was trapped in his last remaining avatar, one resembling a fiery, dark-skinned girl, and was cursed to never regain his former power.   He, now she, retreated to the Temple of Agni, and began searching for more worshipers in an attempt to recover some level of divinity. Eventually, this led her to a meeting with Aotsuki Tsukamoto, who was in search of a Fire Rat's Robe for an unrelated mission. Agni promised to give the robe to him, but in return he was to help her find someone with a flame of passion fierce enough to make for a suitable worshiper. This task was to be completed within two weeks, or something terrible would happen. To Aotsuki. Agni did not specify exactly what penalty she had in mind, but Aotsuki agreed to her terms.   Before the Hashinara general left, Agni engaged him in one last discussion. She had heard of his clan recruiting powerful beings from across the land to add to their own forces, and was curious to see if Aotsuki would be able to convince her to do the same. She was, after all, once a god of knowledge as well as fire, and wanted to test the other's intelligence and charisma. A lengthy ideological debate followed, and Aotsuki was eventually able to prove, through his words, that he was a man worth following. As such, Agni chose to join him, both to see his vision come to fruition, and to ensure that he followed through on finding her an adherent as promised. 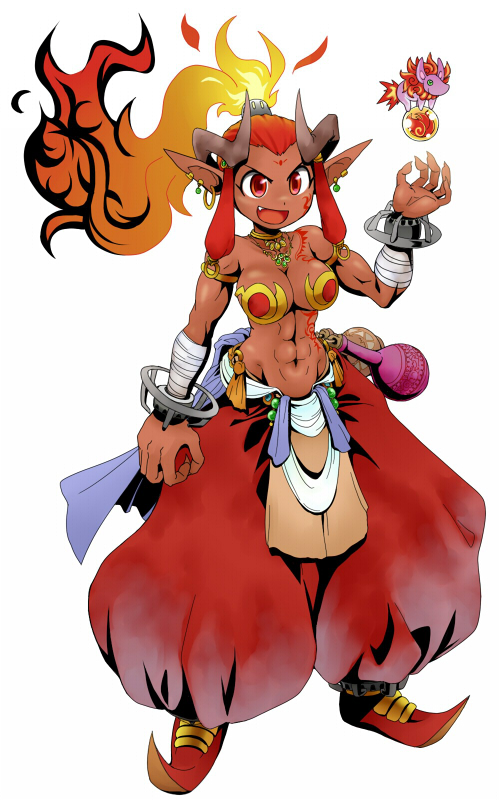