Japanese Goddess of the Sun and the Heavens

Elan content adapted for Tsuwamono from Mikael (Beryl) in the Anima: Beyond Fantasy Core Rulebook

Japanese goddess of the sun and the heavens. Amaterasu was created, along with her siblings, the gods of storm and moon, when Izanagi-no-Mikoto purified the curses left on him from his trip to Yomi and gave them life. She soon grew to rival the power of the chief of gods himself, outstripping even her mighty siblings in pure divinity. Even so, Amaterasu retains a sense of childlike innocence and kindheartedness that precludes most other deities from seeing her as a true rival.   As a being who both represents and is, in a sense, the sun itself, Amaterasu has been with humans since the dawn of their creation. She grew to love them and made many trips to Earth to teach them of compassion. These journeys were quickly curtailed by Izanagi, for fear of Amaterasu's power twisting reality on the surface world by her mere presence.   Before she was forced to return to Takamagahara, however, Amaterasu made a man of clay and infused him with a part of her essence, baking him into the semblance of a human filled with her divine compassion and energy. This man would be the first Emperor of Japan, and it is through this that the Imperial line can trace their lineage back to the goddess of the sun.   Many other stories of Amaterasu are common knowledge among the denizens of Earth. Her spat with Susano'o, which led her to hide in Ama-no-Iwato, and her gifting of the Imperial Regalia of Japan to name a few. She remains one of the most popular recipients of worship in Japan, due to the sun's natural role in nourishing life and her actions in forging the nation in its past.   In more daily terms, Amaterasu remains at Amanoukijō, the floating castle in Takamagahara. Here, she ensures that the sun rises over Japan at dawn each day, and gives humans her blessings however she can without disturbing Izanagi's status quo. She has built friendly relations with many other gods, even in other pantheons. Not least of these is Aphrodite Ourania, the Alexandrian goddess of heavenly love, with whom she exchanges regular letters.

Creatures near a temple devoted to Amaterasu find themselves in good health, their injuries healing quickly and painlessly. A character in a province with such a shrine multiplies the amount of LP and the amount of penalty they naturally recover per day by a number determined by the level of the temple. In addition, such characters are always considered to be resting, as long as they are within the province. This bonus has no effect on creatures with a regeneration multiple high enough that they recover by the minute or turn rather than each day.

Light of Hope: The bearer of this gift becomes a source of hope for those around them. Their mere presence gradual stirs the joie de vivre in people, and they produce bliss in the world. Those who are around them regularly are never discouraged, nor do they lose their faith.
Cost: 5 | Requirements: Elan 10   Eliminate Disease: A character with this gift may, with a touch, cure any disease of a level equal to or lower than their total Elan level with Amaterasu.
Cost: 10 | Requirements: Elan 20   Keeping in the World: By immediately laying their hands on a slain ally, the bearer of this gift can stave off death and keep their charge within the world. Affected characters are left alive, one LP away from their death threshold, with full penalties, regardless of the severity of their injuries. In order for this blessing to take effect, the user must use it within one full round (3 seconds) of the target being felled, and it may not be used on a character who has died due to a critical to their head or heart. After being revived, the target cannot receive this blessing again until the current day has ended.
Cost: 5 | Requirements: Elan 30   Heavenly Resistance: The holder of this gift gains a special bonus to all resistances equal to half their total Elan level with Amaterasu.
Cost: 20 | Requirements: Elan 40   Exorcise Evil: Communion with Amaterasu allows her dedicated worshipers to exorcise supernatural entities of a naturally evil essence. The user may force any such being that he or she can see to make an MR check with a difficulty equal to twice their total Elan level with Amaterasu or be immediately transported back to their home plane. This ability has no effect on Youkai or other supernatural creatures who have their origins in the current plane. Once it has resisted this ability, a creature becomes immune to further attempts until the user's Elan level increases.
Cost: 15 | Requirements: Elan 50   Heavenly Aura: Once this gift is achieved, the holder's Heavenly Resistance ability also extends to all allies within a radius of feet equal to half the bearer's total Elan level with Amaterasu.
Cost: 10 | Requirements: Elan 50, Heavenly Resistance   Miracle: A character with this gift may create minor miracles, such as turning water into wine, walking on water, or multiplying bread and fish to feed a hungry crowd. No effect may be created that brings harm, directly or indirectly, to any other creature.
Cost: 10 | Requirements: Elan 60   Purify: The bearer of this gift may remove all harmful states affecting any character, including themselves, with a touch. A creature may only benefit from this gift once each day.
Cost: 10 | Requirements: Elan 70   Savior: When undertaking any action with the goal to save another's life, the bearer of this gift has the level of difficulty achieved on their checks increased by one, up to a maximum of Zen. In addition, they gain a +40 on all opposed rolls to accomplish the same.
Cost: 10 | Requirements: Elan 70   Heavenly Host: A character with this gift may summon Amaterasu's servants to aid them in any task. One holy creature is brought forth by this ability for each 10 total Elan points the user has with Amaterasu, and they are of equal level to the bearer. Such creatures are not under obligation to obey the summoner, and will act as they feel is right in any given situation. This blessing may be used once a month for free, after which each additional summoning costs the user 1 Elan point.
Cost: 15 | Requirements: Elan 80   Rise from the Dead: The bearer of this gift may give back life unto those who have not died by their own will. Souls still in this world may be returned to their physical form at no cost, while snatching a soul back from Yomi requires the user to spend 5 Elan points for every month for which the target has been deceased, minimum 5. Souls which have been destroyed or placed inside other vessels cannot be affected, nor can beings with a Gnosis of 40 or higher.
Cost: 20 | Requirements: Elan 90   Resurrection: The chosen of Amaterasu may not be kept from his or her purpose in this world. If a character with this gift dies, they may immediately resurrect in a location of their choosing, completely healed of all injuries and negative effects. In order for this ability to function, the character must still have unfinished business on the mortal plane. Soul-destroying effects may still kill the holder irrevocably.
Cost: 10 | Requirements: Elan 100

Helping someone at one's own expense: +1
Undoing a major wrong: +2
Risking one's own life to save someone else's: +3
Restoring someone's will to live: +5
Sacrificing oneself to protect another: +10 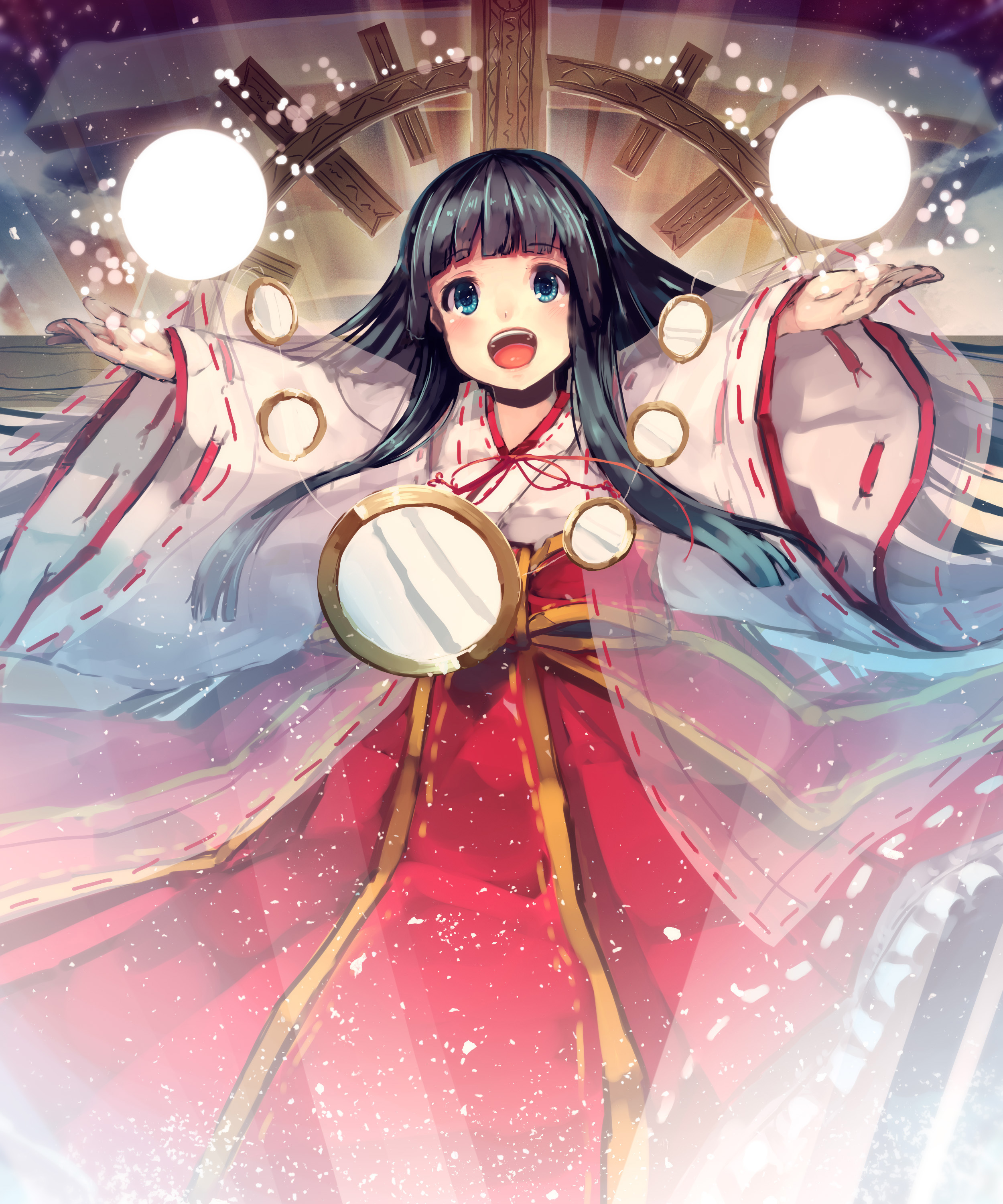