Of all the realms which The Mother made for Her children, Tiyu Amara was to be ours. Humans alone were to be its sovereigns. And yet, elves now walk among us, and merfolk swim in our seas. Was this all in Her design?

From the Planar Sea, The Mother was born. With Her power, She set about forming worlds from that sea, crafting seven which would be the home for each of Her seven children. Tiyu Amara was the realm for the youngest child, Humanity.   To safeguard Her realms and form the lands within, The Mother created dragons. These powerful creatures raised mountains from the oceans and carved rivers through the ground, breathing life into their environments. With the dragons to protect Her children, The Mother felt safe falling into slumber, only awakening when Her realms were in peril. Humans were now free to roam a vast world, settling into their position as its primary inhabitants and intended rulers.   This status quo was not to last, as four hundred years ago the Divinity of Change decided that the seven realms all being entirely separate was rather boring. To that end, they convinced their fellow Divinities to help them bring two of the realms together - Tiyu Amara, the land of humans, and Tiyu Noha, the land of elves. This resulted in the devastating Collision, where people and places from each world were abruptly thrust into the other.   The humans and elves settled gradually into their new normal, forming communities and connections with one another. While by no means an always peaceful state of affairs, the divine event brought the two realms closer and allowed them to occasionally work together across the thin divide of the Planar Sea.   However, this situation displeased The Mother, who when She next awoke one hundred years ago, set up about reversing the calamitous actions of Her Divinities. This Separation of the realms severed many of the connections between Tiyu Amara and Tiyu Noha, causing less physical destruction but great cultural damage. In its wake, vast changes have occured across the realm, and its denizens now stand on the brink of industrial, magical, and political revolution.

The destructive collision of the human and elven worlds

The culturally devastating separation of the worlds of elf and human

The realm of Tiyu Amara consists of two continents - Abravost, and Thurásin. Each formed by the claws of dragons, they have largely been kept separated by the vasts seas of the world, and the creatures within. That is not to say that they have had no interaction over the eras - there was a migration of people from the latter to the former, and an exploratory expedition going the opposite way over one thousand years later. 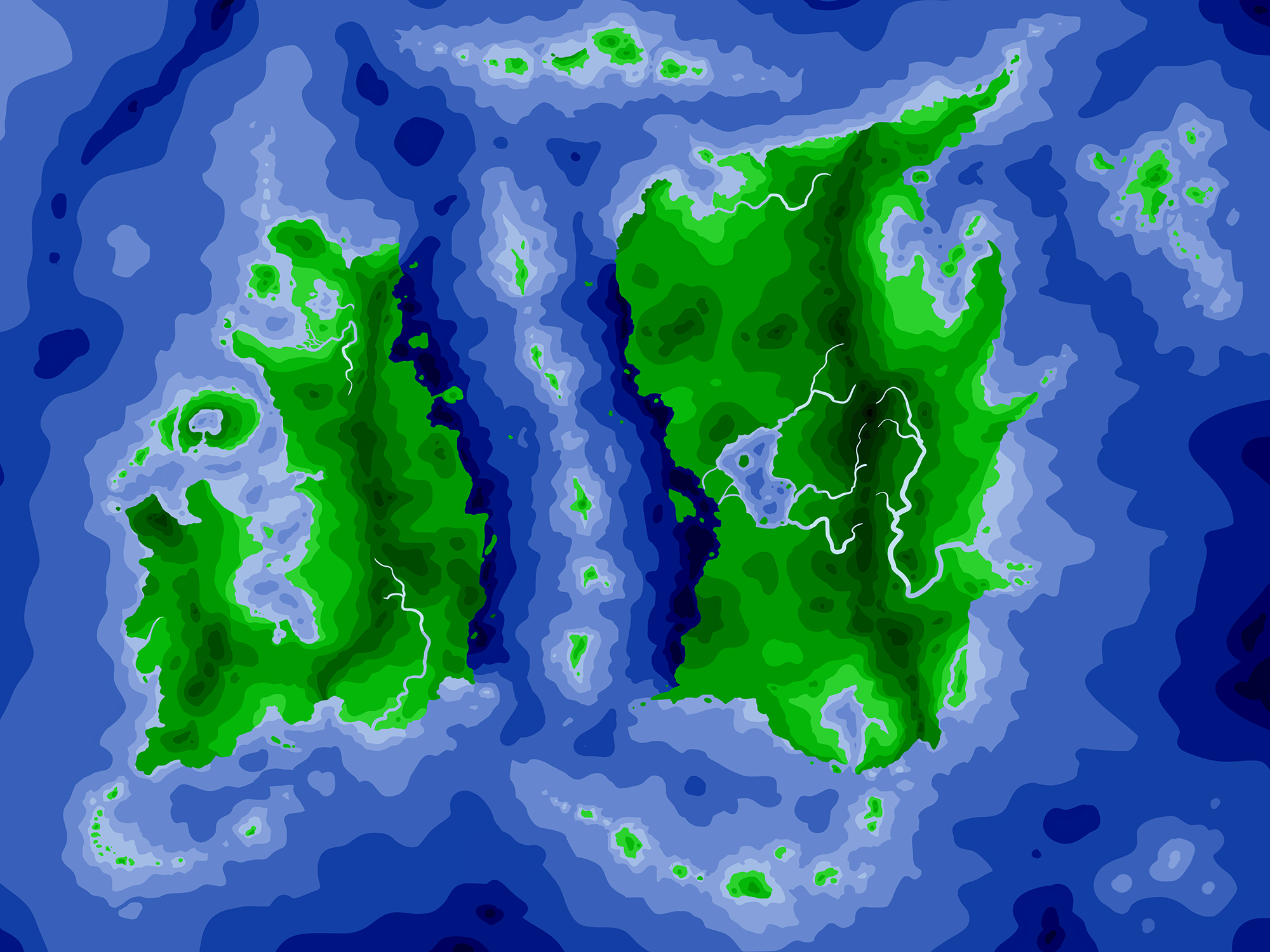 The continent found in the far south, split in two by the Collision 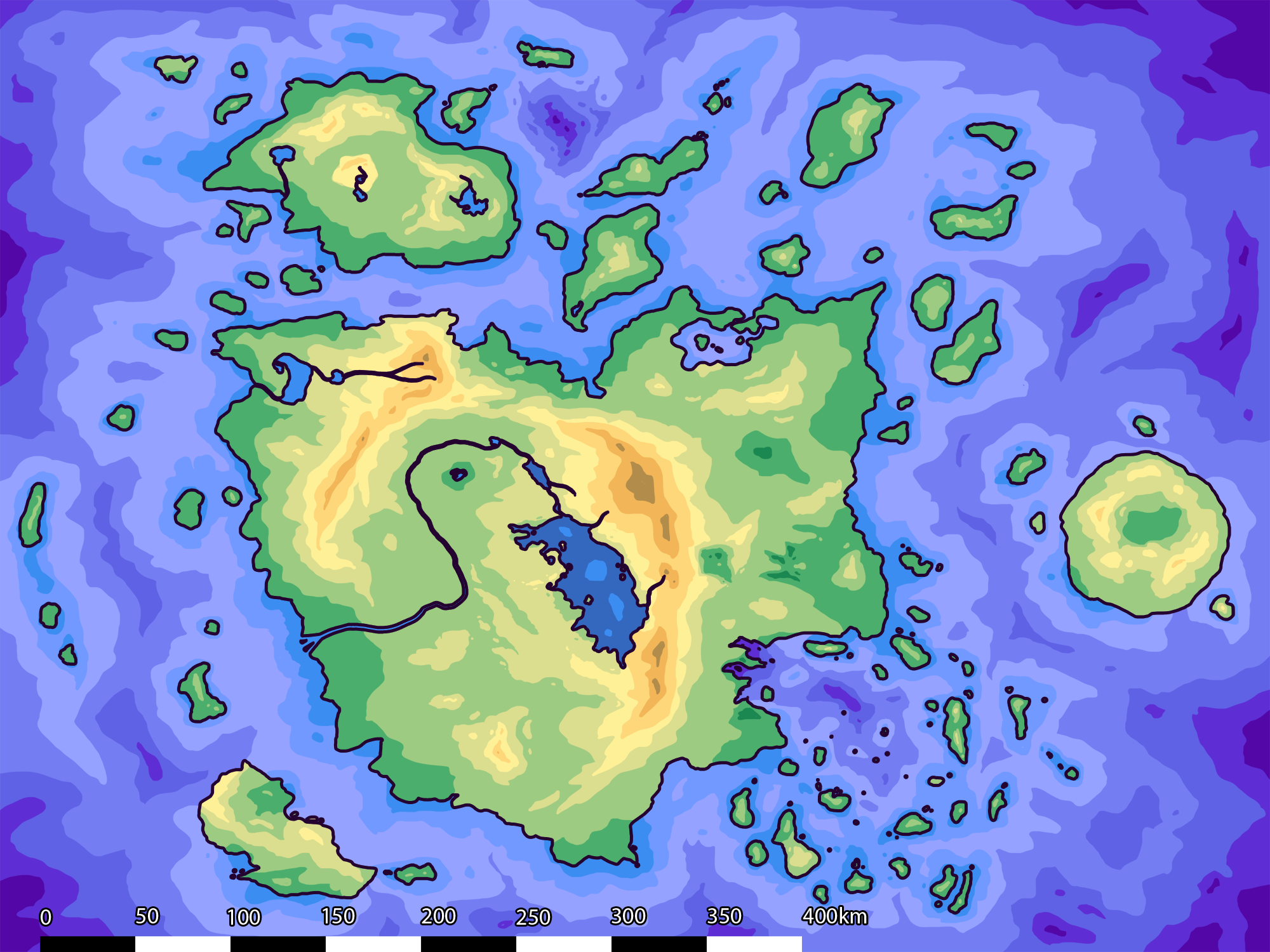 The continent found in the north, home to dragons and merfolk

The original inhabitants of Tiyu Amara, born there by The Mother

Humans are the original inhabitants of Tiyu Amara, and indeed the people for whom the realm was created. They are by far the majority population, and live on both major continents.

The former inhabitants of another realm, brought to Tiyu Amara by The Collision

Elves originally hail from Tiyu Noha, and were brought to Tiyu Amara by the Collision. They are the second largest sapient population, and live unevenly distributed throughout the realm.

The water-dwelling inhabitants of another realm, brought to Tiyu Amara by constructed portals

Merfolk come from Tiyu Diela, a realm which until recently had been unknown by either humans or elves. They came to Tiyu Amara via magic portals, and are few in number.
Core Information

This is a great primer. It really helps me learn more about your world. Amazing job!