Jaymes Vega is a male Zahren born on Aten. He is nineteen at the start of the story. His birth date is unknown. Jaymes and his older sister, Nash, were orphaned at a young age after a Saeris attack on the compound that they were living in. Jaymes' s is level headed and calculated. He is often the "voice of reason." He tries to keep Nash from running headfirst into situations she cannot handle.

Scar on his left cheek from his eye to his chin

Jaymes was born on Aten sometime during the year 82579. His older sister, Nash was born sometime during the previous year. Both of his parents were members of the Zahren Rebellion; his mother was a high ranking official. Jaymes was born and lived during the height of the Zahren Rebellion. He, along with his family, lived in the Hythan Compound near Astrid. His parents were killed during the Great Battle of Aten. Jaymes was around five years old. Following the Great Battle and his parents' death, Jaymes and his sister fell into the care of Cortana Farra, a former Rebellion Commander. From 82584 to 82587, Jaymes and his sister lived with Cortana Farra in compounds around and in Astrid and Halen.   In mid 82587, Cortana Farra is killed by Saeris. Shortly after Farra's death, Jaymes and his sister find their way into Kannan Zeke's care. Around this time, Jaymes' mind reading abilities began to manifest. While traveling around Astrid, Jaymes' sister, Nash meets a mysterious young person in the main markets. Nash convinces Gabriel Vaughn to join the Waywards. Both Jaymes and Nash form strong relationships with Gabriel. Gabriel helps Jaymes refine his mind reading abilities. In early 82590, the Waywards leave the domed cities and flee into the desert where Saeris activity is low. They take up residence in a mountain cavern. In late 82590, the Saeris lay siege to Astrid. Samirah Calla and Zeb Yaeger join the Waywards not long after the Siege. Realizing that they have the powers and abilities to create change, they begin doing small tasts across the Aten's Reylon Region.   In late 82598, after a fateful encounter, Jaymes' life changes. The Rift begins.

Jaymes has no formal education.

Jaymes has strong control over his powers. His friends have helped him gain this level of control.

Like his sister, one of his earliest memories is being surrounded by a group of Saeris. Jaymes remembers screaming; a voice that he recognizes as his mother's.

They are siblings about a year apart in age. For the few years after their parents died and the death of their aunt/guardian, they relied on themselves to survive. 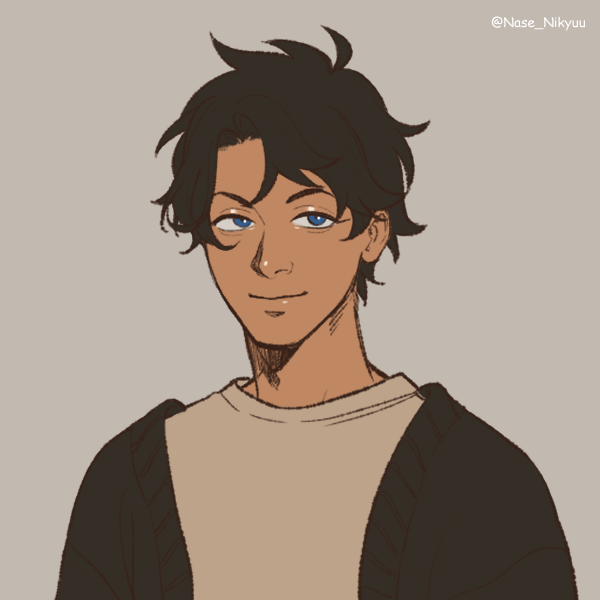