This article is a Work In Progress!
Feel free to leave suggestions in the comments below.
Shiris is the central island of the Bennoria Archipelago. 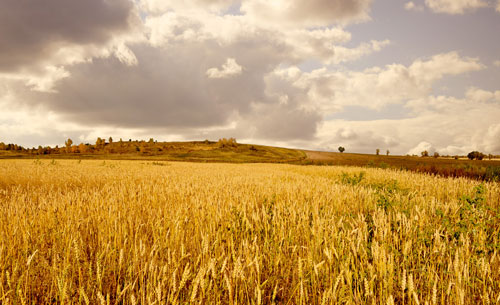 Gold Fields by Larisa Koshkina
Shiris is a large island roughly 350,000 square miles. The central area of Shiris is a vast, rolling plain with rivers and lakes that make it perfect for farming. The south east coast of the island has the Chelfolk Mountains range that is 370 miles long. The northern coast has the Irotrie Mountain Range that is 240 miles long. There are three major rivers that mark the boundries of the major Kingdoms: northern Somerdale River, southern Dorland River, and the northeastern XX River.

The Chelfolk Mountains border the south eastern coast and are home to the Chelfolk Dwarven Clans and several small mining villages. Rich in Silver, Gold, and Coal. The western side of the mountains shelters the XX forest, known for it's hunting and lumber as well as the headwaters for the Dorland River. The Eastern side of the mountains is covered with sparce forests but is home to several fishing villages.
The Dorland River is a fast moving river that stretches XX miles from the foothills of the Chelfolk Mountains to empty into the Dragon Crossing. While upriver travel is rare, downriver transport of resources from the XX forest and the mountain mines.
The Irotrie Mountains hug the northern coastline along the Windswept Gulf and are home to the Irtrie Dwarven Clans. Rich in Iron. South of the mountains is the massive Irotrie Forest. Some lumber is harvested but it is mostly used for hunting and fishing on the Irotrie Lake that feeds into the Somerdale River. The north side of the mountains has a sparce forest over rocky terrain that ends in the tall cliffs above the Windswept Gulf.
The Somerdale River Stretches XX miles south westerward from the Irotrie Lake to empty into the Dragon Crossing. A wide river that slowly snakes between gentle hills, it is popular for fishing and is well used for transport both downriver and upriver.
Cresway Badlands is roughly 12,500 square mile plateau in the Northeastern part of Shiris that connects to the Osheau pennesulia. High winds and the rocky landscape result in the entire area without arable soil for crops to grow. The plateau is divided almost in half by the Great Cresway Canyon. The Cresway River winds through the canyon to join the XX River at the XX lake.
The Osheau pennesulia is the location of the last great Elven Kingdom and the great city of Highguard. The Osheau Elves live tucked away deep in the forests. 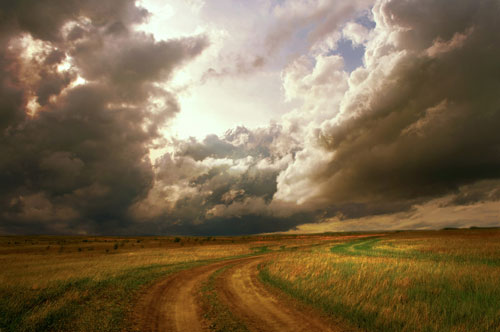