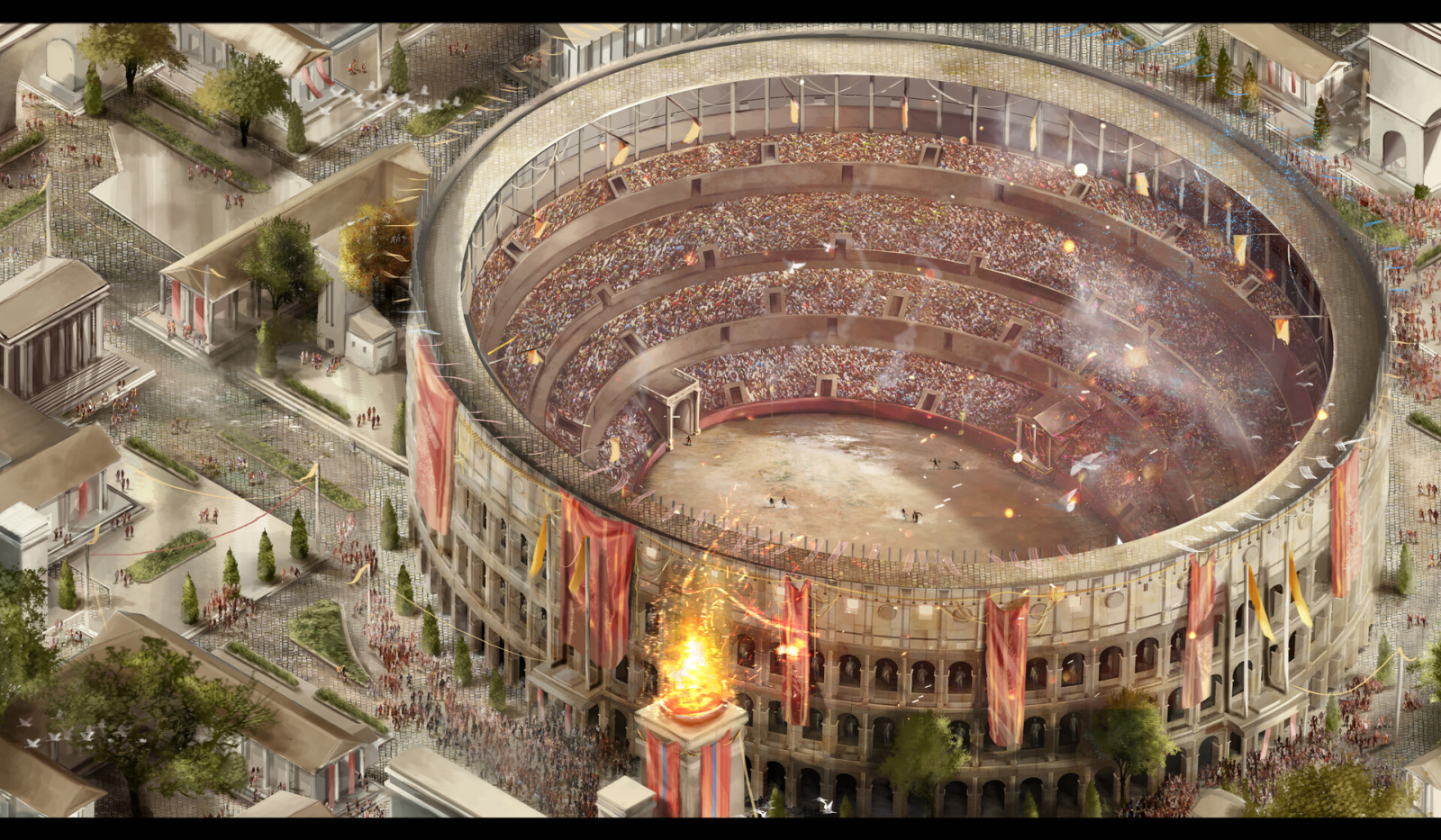 Rodius Intertemis is the amphitheater located in Valone. Naming from the king at the time, Rondius I, it's been used for official festivals in the empire.

Rondius Intertemis is a circular building with 4 storeys height with basement, capable of 50,000 spectators. Like any high-class building, fine marble and granite were being used for its main structure. Any corner is decorated with marble statues and the golden emblem of the Valonian.

Prior to 25 BVE, however, Rondius Intertemis was used to be longer, bigger stadium which's capable of chariot racing: an old traditional sport. 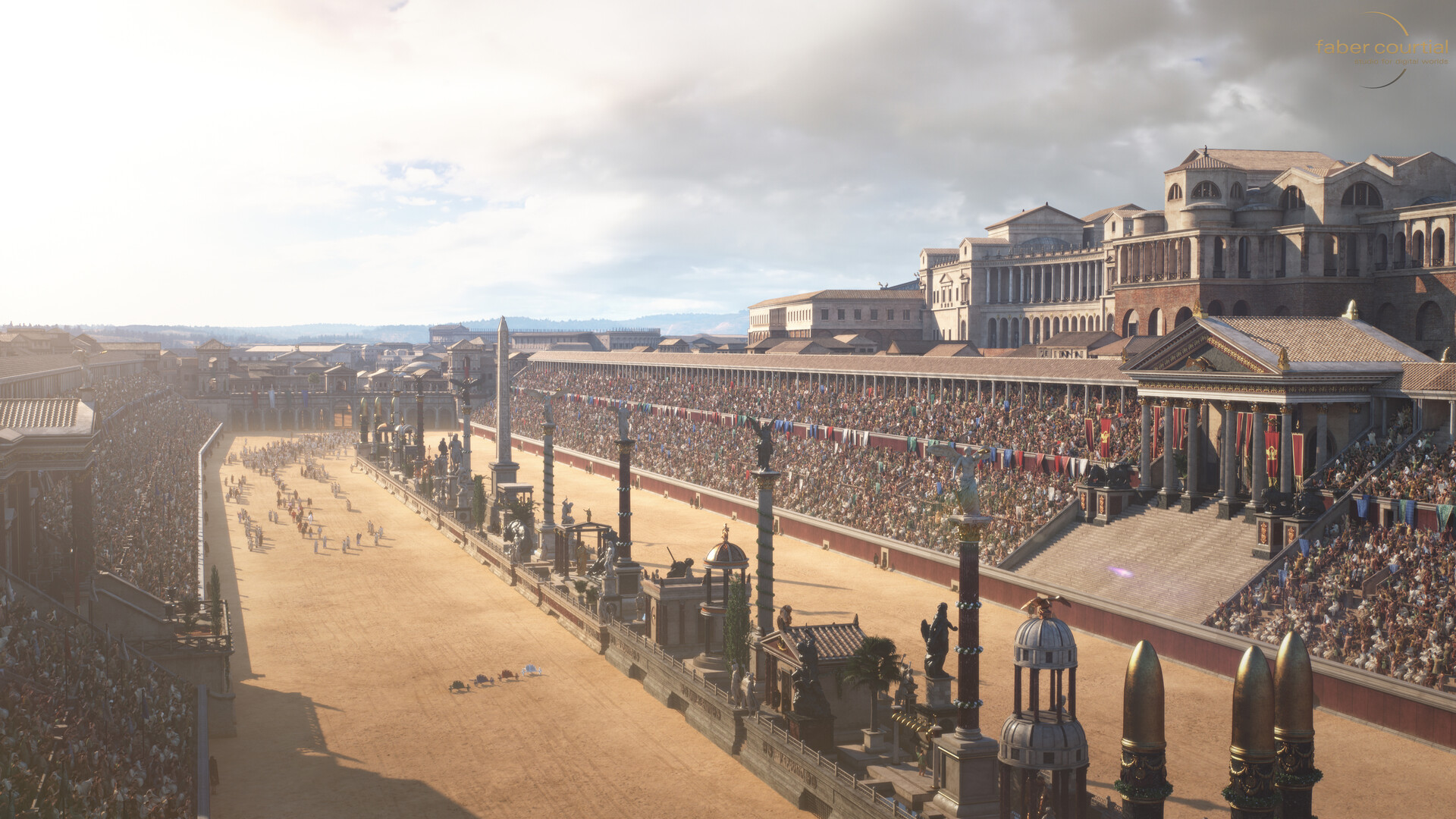 The original design was 3 times longer but only 3 storeys height, and both end were round, making overall shape like a slice of a drug capsule. It had a capacity of 150,000 spectators, with special extansion for the monarch's family, nobles, and the senate.

Built in 271 BVE during the kingdom era, Roudius Intertemis was used as the chariot-racing stadium that entertained people in the city for centuries.

However, soon after the kingdom was defeat to the Empire of Kritus in 30 BVE, following by the lack of horses and restriction act from the empire, this grand stadium had been heavily sacked and left abandoned. Grasses grown around corners and walls. Most of architectural features were either corroded, colapsed, or stolen.

Dominus, the governer at the time ever decided to demolished the stadium for constructing Excor Eulesir. But luckily, as one-third of it left, the progress had to be stopped after Valone was liberated.

The half-stand stadium had been overhualed into amphitheater -- The field dug up to basement built underneath, the height increased, and other half-circle built.

Answering: "Write about a building that has been reused and repurposed from its original design."
Visit Adcheryl's Competition Page Check all other answers to this prompt Competition Homepage