Well, what'll ya have? I got some Vole-kebabs, a nice variety of foraged fungi, and I think we might even have some Fourth Floor Fish here. Take your pick! You must be hungry.
— Fifth Floor Chef, before the War of the Fracture

Food is a rare commodity within Synthacrosia; it's something that only needs to be consumed on the upper floors. Part of the design of the Tower of Souls has base desires and needs stripped away upon entry to the tower. These needs, like eating and drinking, come back as you ascend the tower.   In the early days of Synthacrosia's operation, when people would freely climb the Tower, the first meal eaten after regaining Hunger would be considered special. It gradually became known as a soul's "Second First Food", and as time passed the ritual turned into a sort of yearly tradition.

Oh... my... soul... I'm STARVING. How can I be this hungry already, I literally just entered this floor! Someone get me something to eat, please!
— A soul with a newly acquired hunger, Fifth Floor

Before the War of the Fracture, and before Second First Food became a yearly thing, the food chosen to eat was nothing special. It was generally chosen in haste, merely to satiate the intense hunger people felt when initially regaining the desire.   Seeing as the Fifth Floor is where Hunger is reawakened, what food people ate was usually dictated by what residents of the Fifth Floor had on hand, or could scrounge up. This resulted in a lot of Second First Food's consisting of mushrooms, or dishes made from roasting the small rodents found on the floor. Thoughtful lower floor residents occasionally brought fish from the Fourth Floor Ocean with them, so as they might fry and eat it upon entering the Fifth Floor. 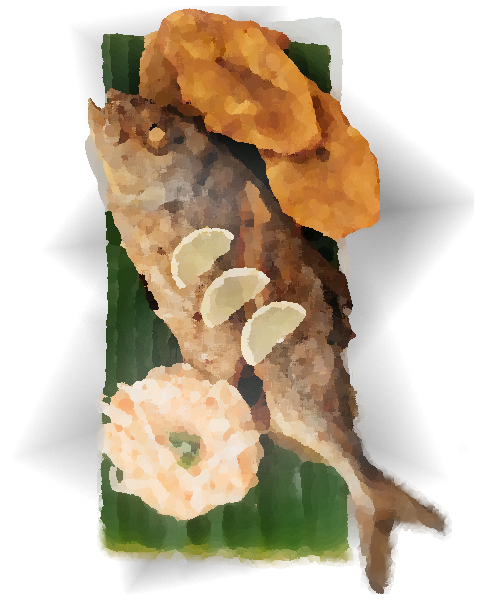 Mmm... I always wanted to try and eat one of these things. Always looked so tasty. I love fish.
— A fishy Second First Food

A persons Second First Food generally became something people would look back on with joy. As such, some people began to celebrate it as a yearly event. On the anniversary of their Hunger reawakening, they would make an event of it. A special dish would be cooked for them -- sometimes the same thing they first ate on the original date, sometimes something new. Generally though, a soul would choose to eat whatever their favourite dish at the moment was.   Second First Food eventually became synonymous with a person's birthday, similar to a soul's First Arrival to Synthacrosia. In the upper floors of the tower, Second First Food actually became more meaningful than someone's First Arrival -- Second First Food was about regaining a final piece of one's self, while First Arrival brought to mind the fact that they had died mere moments before coming to the tower.

Originally, Second First Food was only experienced on the Fifth Floor, when hunger initially returned. Over the years the tradition spread; becoming a yearly event held on all of the upper floors. Below are a few examples of food commonly eaten for people's anniversary Second First Food.

Before the War of the Fracture, residents of the Fifth Floor welcomed new souls with a lovely variety of fungi, foraged around the base of The Great Tree. The mushrooms were roasted above an open flame, and lightly seasoned with whatever spices they could find. The result was a fairly earthy, yet delightful dish.

Sixth Floor residents would celebrate their Second First Food anniversary with a wonderfully simple stew. The ingredients would change from person to person, as the stew is mostly an excuse to put all of your favourite ingredients into one dish. People would commonly add tubers and meat to their stew, but occasionally more exotic ingredients like peppers were added.

If there's one thing the Seventh Floor has more of than any other floor, it's cafés. Their popularity has created a sort of friendly competition, to develop the best cake and drink for people to consume on their Second First Food anniversary. In recent years, Ice Cake, made with sugars and roots found at the base of tall rocky mountains, has become incredibly popular -- thanks entirely to Chef Alabaster Latimer, and his cooking book titled "101 Cool uses for Ice". It's been found to pair nicely with Honey Mead. 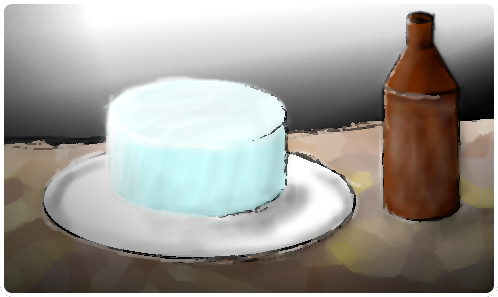 mmm, now I want to eat fish for dinner :P