Ambria, as Alberetor before it, is a hierarchal society, for centuries governed by an assembly of noble families, called houses. The families are ranked based on their position in the order of succession, and the rank affects what offices their representatives may hold. Ambria is divided into seven duchies, in turn divided into smaller domains, called counties or baronies depending on their size. Formally, it is the Queen who appoints dukes, who then appoints counts and barons to manage subjects and land. But there have been lots of exceptions from that order of things.
For instance the Queen may nominate indi- viduals to the title Prince of the Realm – a position which gives its owner a duke’s power over a smaller piece of land. It is also rumored that the Queen on a couple of occasions has appointed counts against the will of the concerned duke and that some of the counts command such authority that the people in the region show him more respect than they grant the official ruler of the duchy. Ranked first among the noble families is the royal House of Kohinoor, personified by Korinthia Nightbane and five of Ambria’s six dukes, all of them closely related to the Queen. That may sound like a harmonious affair, but according to gossip and campfire tales there are circumstances which complicate the situation. That the Queen’s mother married a new husband, bore him the daughter Esmerelda and then fell gravely ill is one of those; that Korinthia’s only living uncle is bitter that he missed his chance at the throne is another. Furthermore, when the Queen’s cousins are said to be incompetent bordering on useless and when the other houses long for an opportunity to dethrone the Kohinoors, anyone can see that Korinthia has had to reexamine the situation carefully before appointing the dukes of the Promised Land. On the other hand, one should not believe every- thing one hears. Provided that appearances are not tremendously deceiving, the rule of Ambria works as it should. There is steady progress in the development of the regions, the army stands firm in the face of Davokar’s abominations and new colonies are established every other month. And even if the rumors contain some small elements of truth, hardly anyone questions Korinthia Nightbane’s ability to handle the odd domestic quarrel. 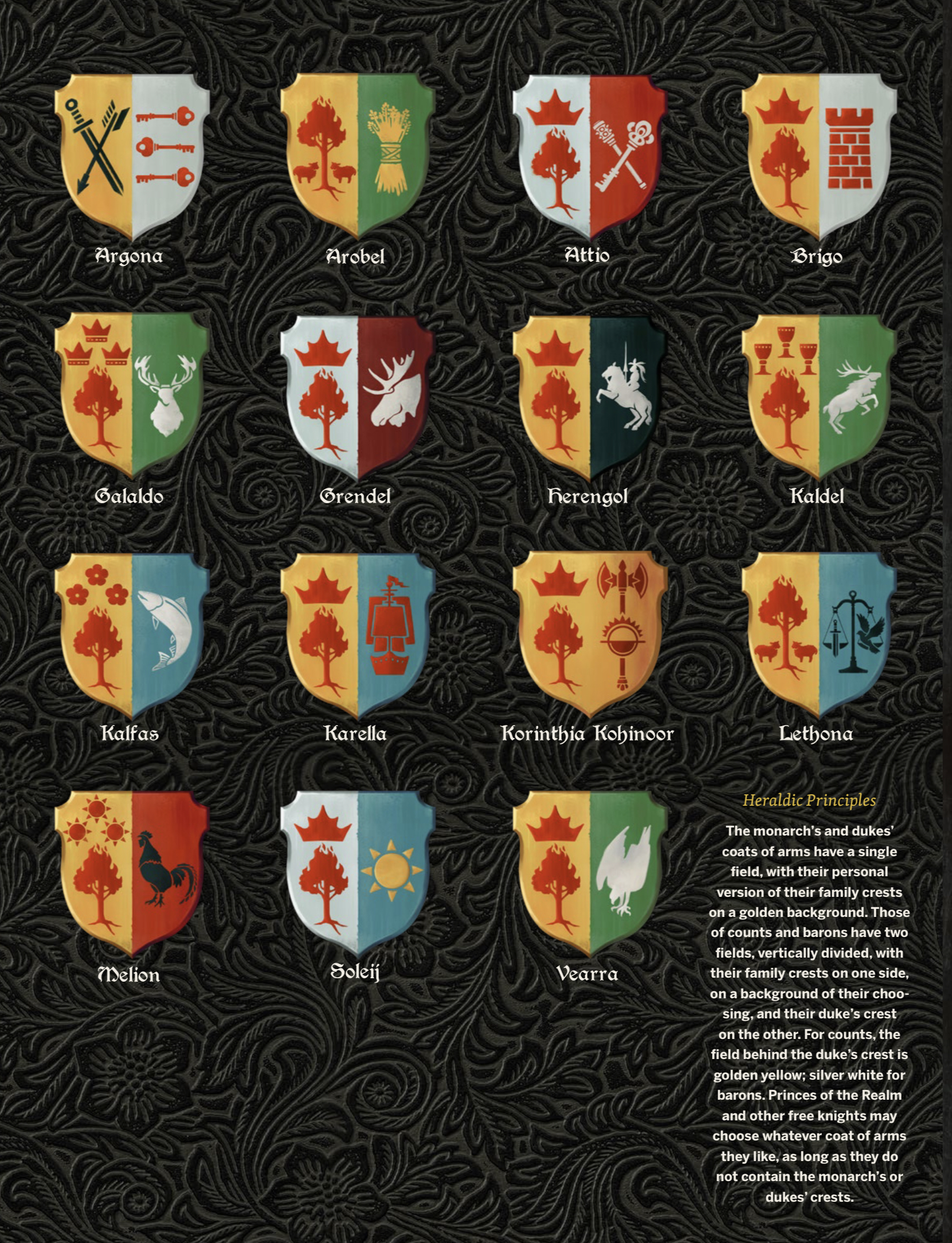 Articles under Houses of Nobility