Spirit of the Age    Species&Cultures      March of Crows

"The Crows. It sees everything."

The Progression of a March of Crows

"Rites for summoning the March of Crows shall not be presented here, as anyone who attempts to bargain with one is surely lost."
— Excerpt from a Göetic text.

The usual way a March of Crows breaches into the prime is through an unfortunate or reckless göetic, whose attempts to summon a demon instead bring forth a March of Crows. Even göetics will not do so willingly, as the March of Crows will not enter into a bargain with any mortal. Instead, it will invade the mind of the nearest mortal, and begin to lay down roots. A dominating and overpowering presence, the mortal has scarcely any chance to resist the fell spirit. The March of Crows quickly takes over, moulding the mortal mind into a mirror of its own.

When the March of Crows has secured its host, it begins to seek out ways to grow its influence. Already able to transform its host into crows and back, the March of Crows begins to then reach out to the corvids in its area. They become its eyes and ears, and likewise become molded to its foul spirit. As its flock grows, the range at which it is able to gather birds also increases, allowing it to grow at an increasing rate.

Ultimately, the March of Crows no longer needs its host, and allows it to be subsumed into the vast flock. At this point, it can assume its true form in the prime, and lay waste to the realms of mortals. Stopping the March of Crows by slaying its host or banishing it before this point is of paramount importance, as a full infestation of a March of Crows threatens civilization itself.

Even if the March of Crows is banished at an early stage, the host is lost. Having been consumed by the demon, the host will continue to believe it is a March of Crows, and act accordingly.

At its core, the March of Crows is a spirit, more a malignant will than a being of flesh and blood. When it appears in the prime, it is usually possessing someone. In this state, it can remain hidden within its host, but a March of Crows typically quickly dominates the will of whoever has been unlucky enough to be possessed by it.

Once the March of Crows has established itself in the prime, it can appear either in the guise of its host, as a half-man half-crow, or as a murder of crows. Göetic sources claim that its true form is an enormous black winged abomination. However, it struggles to assume such a form in the prime until it has sufficiently established itself.

As the March of Crows roams the prime, it gathers corvids into its being, making them an extension of its malignant spirit. Thus, the generally harmless bird becomes an agent of armageddon, strenghtening the March of Crows. 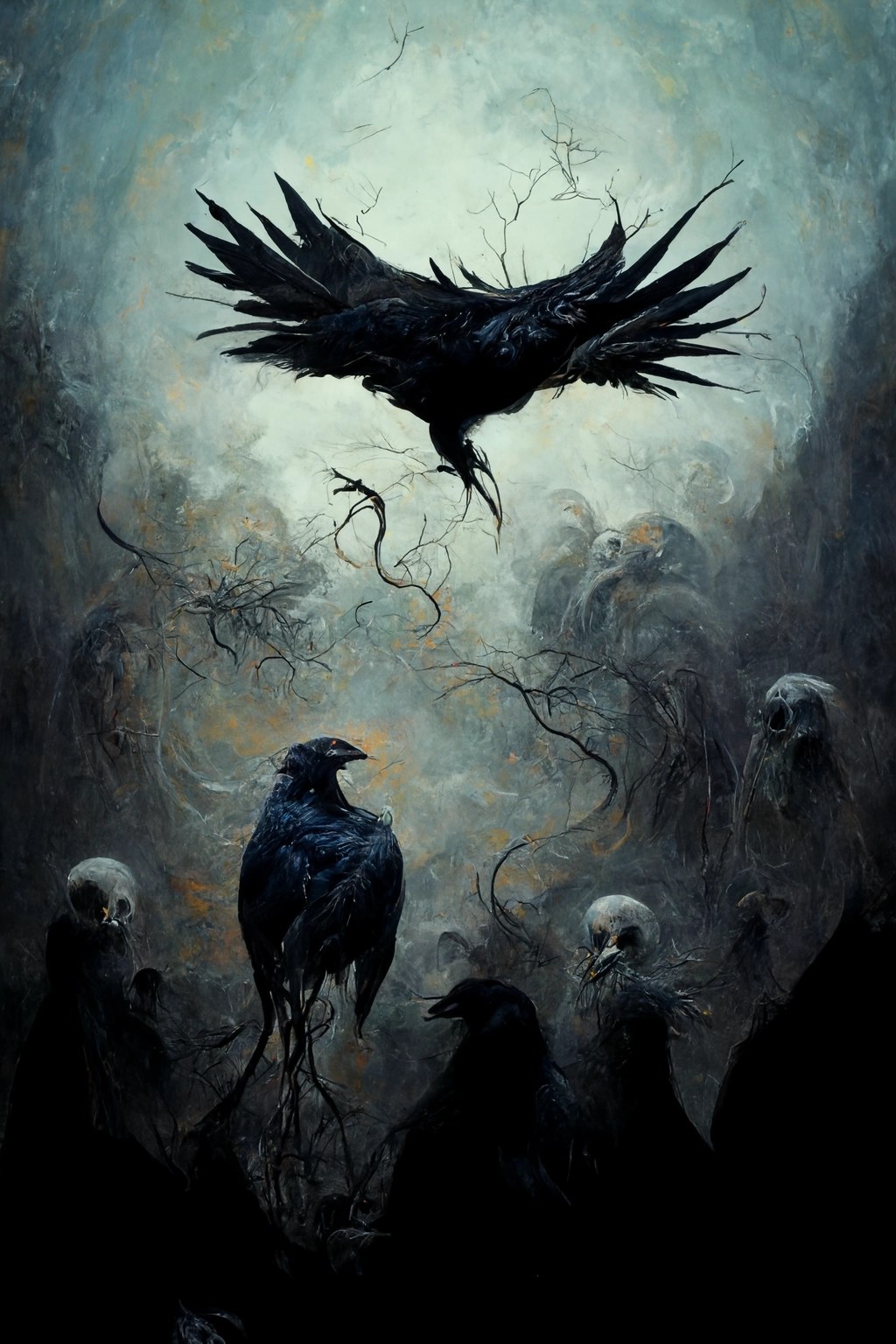 Answering: "a species considered monstrous by some"
Visit Frogdrake's Competition Page Check all other answers to this prompt Competition Homepage

The March of Crows is a great concept and you get across the horror of it well, especially in the Progression and Anatomy sections. Those are really good. The introduction waffles a bit, and undersells what you're about to read. That's a shame, because quite a few people stop reading if the introduction doesn't grab their attention.   Part of why the introduction doesn't work for me is because it's what you expect of a demon and somewhat generic, even though the March itself is actually a pretty unique concept. Just look at the language you use; Demon of hate and destruction, super horrible, wrecks havoc on the realms of men, even the parts on it being a potential cataclysm doesn't really do much on it's own. The more specific you can be about the threat, the more evocative it is. Otherwise it can just feel like filler or hyperbole.

Thanks for the review!   I'm probably trying too hard to use the template format and put all the "specific" details into their predetermined little box in the species template. But as you say, it hurts the introduction. Maybe something even as simple as flipping the order of the quotes might help (though it might have limited effect unless the reader got here from one of the Göetic articles).

You're welcome! I hope it helps. I don't think that the order of the quotes would change much. Basically what I recommend is rewriting the introduction. Make it more specific to the March of Crows. Maybe mention how everyone who's hosted it had to be destroyed, because once they were claimed by the March their entire life and being is dedicated to the March. I think your final paragraph "As the March of Crows roams the prime..." would probably work great in the introduction