How could I have missed that? It’s so obvious! Get the bags packed and book the first flight to Iron Reach! We have to move on this now!
— Katherine Harrington

Katherine's story is one of equal parts tragedy and excitement. She's known great loss in her young life; the loss of her father, the picking-apart of her estate after his disappearance by greedy family members, and the scorn of those she sought help from to find her father. Yet, despite it all, she carries on. She's become close friends with her cousin Rose Sabbot and the mysterious Grace Saxford , faced down ancient threats with the help of Duncan Hendricks and Elijah Butler and brought to light the tyranny of The Prime Minister.


Katherine has few true friends left in the world. Most of her family has turned their backs on her once they realized her inherited wealth would be funneled toward, rumors, mysteries and a futile search for her father. The only family member left that she trusts is her absent-minded and effervescent cousin, Rose Sabbot.


Outside of Rose, the only other person Katherine would consider a trusted friend is the airship captain, Duncan Hendricks. The cocky, brash and headstrong pilot may have initially been attracted to Katherine's good looks, innocent charm, and deep pockets but their relationship has evolved into one of mutual respect, trust, and genuine affection.

In her quest to find her father and finish his research into the unknown she's crossed many enemies who've vowed revenge but none of these threats comes close to the one presented by Dorian Loeb . Dorian seems to be irrevocably interwoven into the research her father was pursuing as well as his disappearance. Dorian is obsessed with the Harrington bloodline and manipulating the last of their lineage to some dire and final demise.

Katherine Harrington is a Support character with a specialization in Optimizing her turn and that of her ally's for success. Her turn will begin with cycling the top card of the asset deck. This allows her to open up the start phase having potential removed an unhelpful card from the top of the Hero Asset deck. During the course of her turn Katherine's 3 Ingenuity and 3 Savvy will allow her considerable opportunity to manipulate decks in her favor and to draw beneficial cards as needed. And, come the end of the turn she may be left with an excess of helpful cards in hand, one of which she is allowed to pass off to an ally.

Katherine has several weaknesses that need to be taken into account when playing her though. First is her speed. She's going to need a reliable means of getting to those mysteries she's so eager to explore and her 1 Evasion means she's not going to have a bank of free movements to draw on. Secondly, while Katherine is a great Optimizer it comes at a steep cost in Ingenuity and Savvy chips. She'll need to hope the cards she's drawing can replenish those stats otherwise her Adventure Phase will be spent taking the Lay Low action. 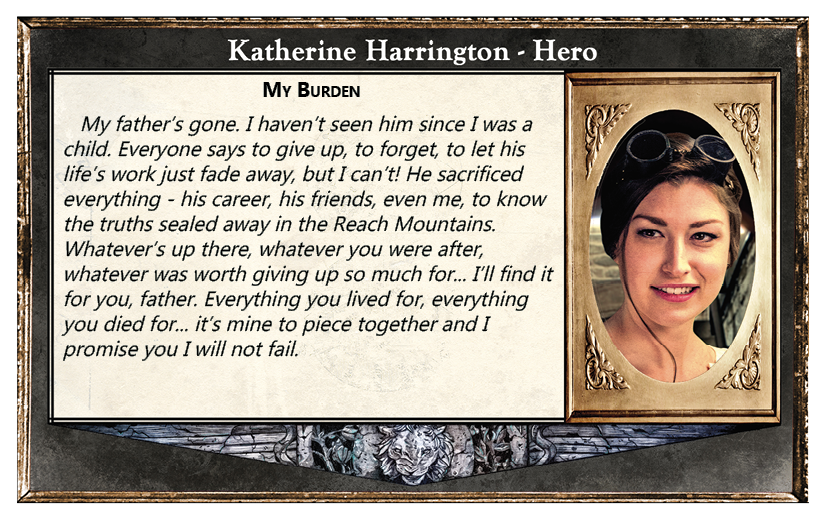 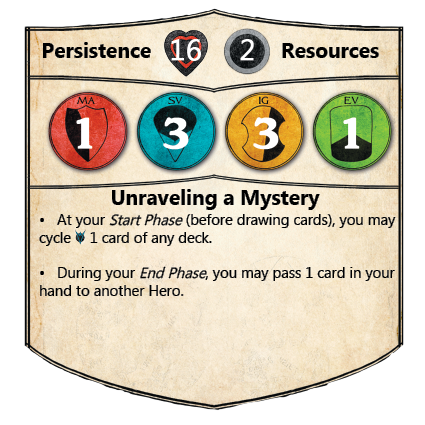 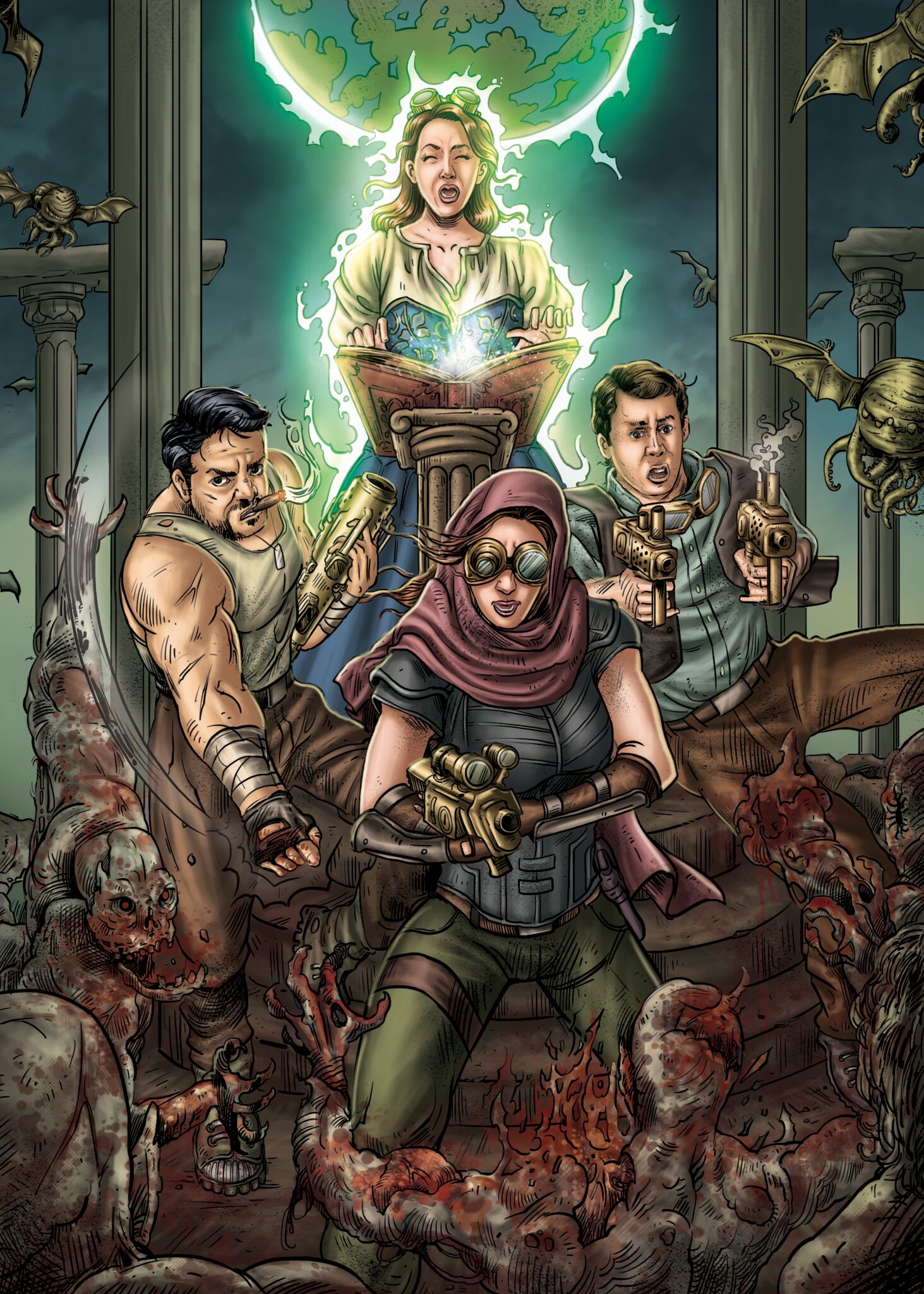 I love the name and the entire vibe of the character. You have a few excellent phrasings that make my author heart tingle, such as: "Dorian seems to be irrevocably interwoven into the research her father was pursuing as well as his disappearance.". Though alliterations can be dangerous territory in prose, I think your use of it there was quite on point and it only made me stop to admire a great choice of words.   I have a few minor notes, but see no reason eternalize these in a comment, so I'll DM you. Great Article! ^-^

Thanks Koray! Any and all feedback is a really great tool to have so any time you see something on our Anvil either good or bad feel free to let me know!

Will do. In fact, a thing I forgot to mention in my comment: There is a little bit of a design issue with the input boxes in this comment section. You may have noticed when writing your reply that the text color and box color are both shades of grey that are so close to each other that it is barely legible, making it very difficult to remain conscious of ones own writing (promoting typos and such). My recommendation: Have Dimitris add the following line into the style sheet: .comment-form textarea { color: rgba(10,10,10,1 }