If you touch my friend I will break your hand. If you threaten her I'll take your arm. And, if you dare hurt her I'll take every limb you have and you'll spend the rest of your days begging passersby to kill you. I won't let them.
— Grace Saxford


The first thing Grace remembers is fear, the fear of waking up alone in an empty alleyway during a rainstorm. No memories and no belongings beside a white gown and a name tag that read "Grace". She was one of the Orphans, the people who simply appear out of nowhere with no memory of a life before that moment. Most are born with nothing noteworthy about them but a rare few have unique abilities, skills or knowledge. For Grace, she was "born" as an expert assassin. And, that's what she may have become had she been delivered to the Prime Minister. Instead, that empty alley was behind the offices of Hendrick's Logistics and inside Duncan Hendricks was plotting a particularly difficult course with Katherine Harrington and Rose Sabbot.

Rose was the first one to find Grace outside, soaked in the rain and terrified. The two took to each other very quickly. Rose appreciated having someone look to her for answers and who cared about her genuinely and not just for her fortune, status or family. Grace was happy to have someone that treated her like a normal person and who wasn't afraid of her like so many others are. The pair is inseparable now and travel Spirel helping Katherine and anyone else along the way who deserves it. Grace takes particular pride in begin able to defend those who cannot defend themselves. She feels as if that is the purpose behind her gifts.


Rose is Grace's best friend. The two love each other as deeply as one can cherish another human being and they both feel more complete with each other than alone.


Katherine Harrington and Duncan Hendricks round out the rest of Grace's circle of loved ones. There isn't anything she wouldn't do for them and no length she wouldn't go to avenge them.

Grace is hunted. The Prime Minister's scientists at the Epiphany Compound are desperately searching for her so they can harness her killing potential for use against the regime's enemies. The Prime Minister has also set loose his rabid dog, Bennet Creedy and the rest of the Ram's Wrath in her pursuit. Grace is wanted in every city in Spirel.

Perhaps the only place the prying eyes of the Prime Minister are blinded is Nightfall. Yet even here she is not safe. Milicent Shaw and the rest of Nightfall's Regency are well aware of Grace's potential and recruiting her into their insidious cause would prove worthwhile indeed. And, if she cannot be turned to their agenda then she must be destroyed before Blackwell can get his hands on her.

Grace Saxford is a Mission Specialist character with a focus in Support. Her stat line gives her a better than average chance tackling most Martial and Evasion challenges. Her high Persistence also means she'll be on the board for a while. However, she really shines when she's stepping up to take a beating instead of her allies. Grace's Unyielding Loyalty ability allows her to put her Persistence to use by taking on the negative effects of failed challenges instead of another hero. She can also use her chips to support her allies as well, wagering them in exactly the same way as the active Hero would.

Grace's real weakness is her reliance on Persistence to be effective. Even though she has a great deal to spend in the beginning it becomes a vital resource for her as the game goes on. Without an excess of Persistence, she'll quickly find her Special Ability is a fast track to breaking her spirit. She may need to spend several turns during the game Laying Low to make sure she has chips to share and Persistence to spend. 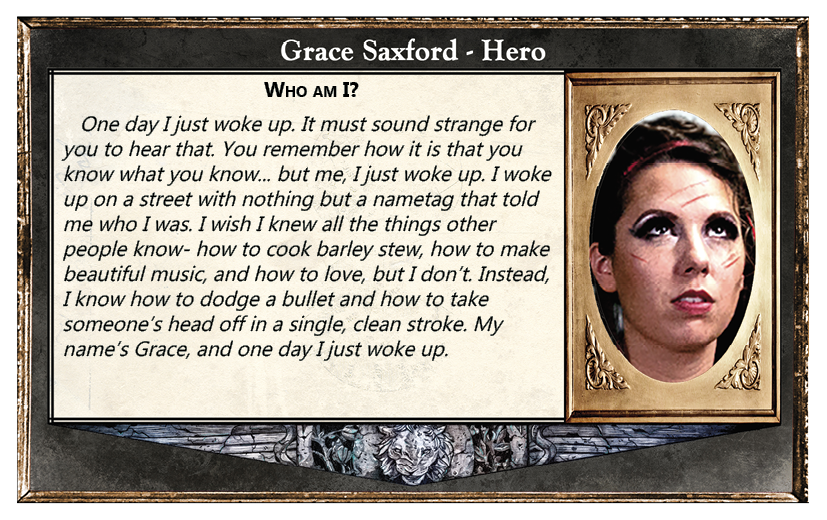 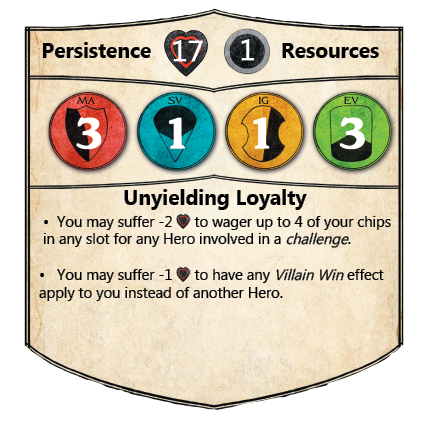 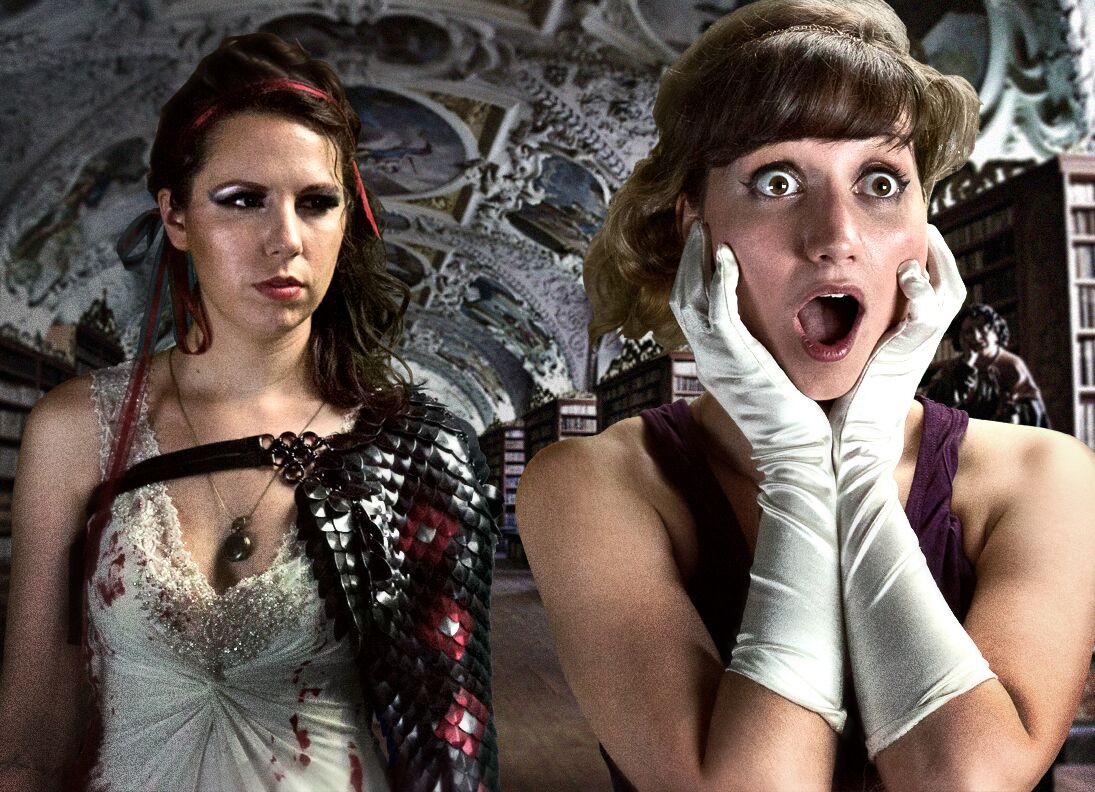