Arun Voston is probably one of my favourite people.

I've never had the pleasure of meeting anyone who are so practical and widely skilled as he is. And probably deadly. He even commanded the whole Kuprian army during a siege once, did you know that?

Of all the people on Shireon who have done spectacular things, Arun Voston is probably one of those where nobody really knows their past. What's known is that he befriended King Ilmonar of Kupria many decades ago, and is one of the king's most trusted people. Arun never talks about his past, and if someone asks about it he simply won't answer. Apparently he's really good at keeping his past a secret. Several people have tried digging into it, yet none seems to have been successful.

Nobody really knows where Arun is really from, except himself. He has a slight Vulborish accent, so he's most likely from somewhere in Vulborim. He just seemed to appear in Vobranas one day. What he did before King Ilmonar hired him as his personal head of security is unknown. According to himself he "worked in security," but he refuses to give more details about it. Yet, he seems to know a whole lot about securing areas and people, so it must be true.

In AE 2075, twelve years before King Ilmonar became king of Kupria, Arun was hired by then Lord Ilmonar of House Irevos to keep his family safe. Lord Ilmonar and Lady Alenia were expecting another child. With the Royal massacre three years earlier and the extra tension it brought to the war, they felt that their family's safety was compromised.

When Lord Ilmonar was chosen as the new monarch after the death of Queen Talanashta, Arun kept his position, only now he was the royal head of security.

I trust Arun with my life. There's nobody I'd rather have as my head of security. 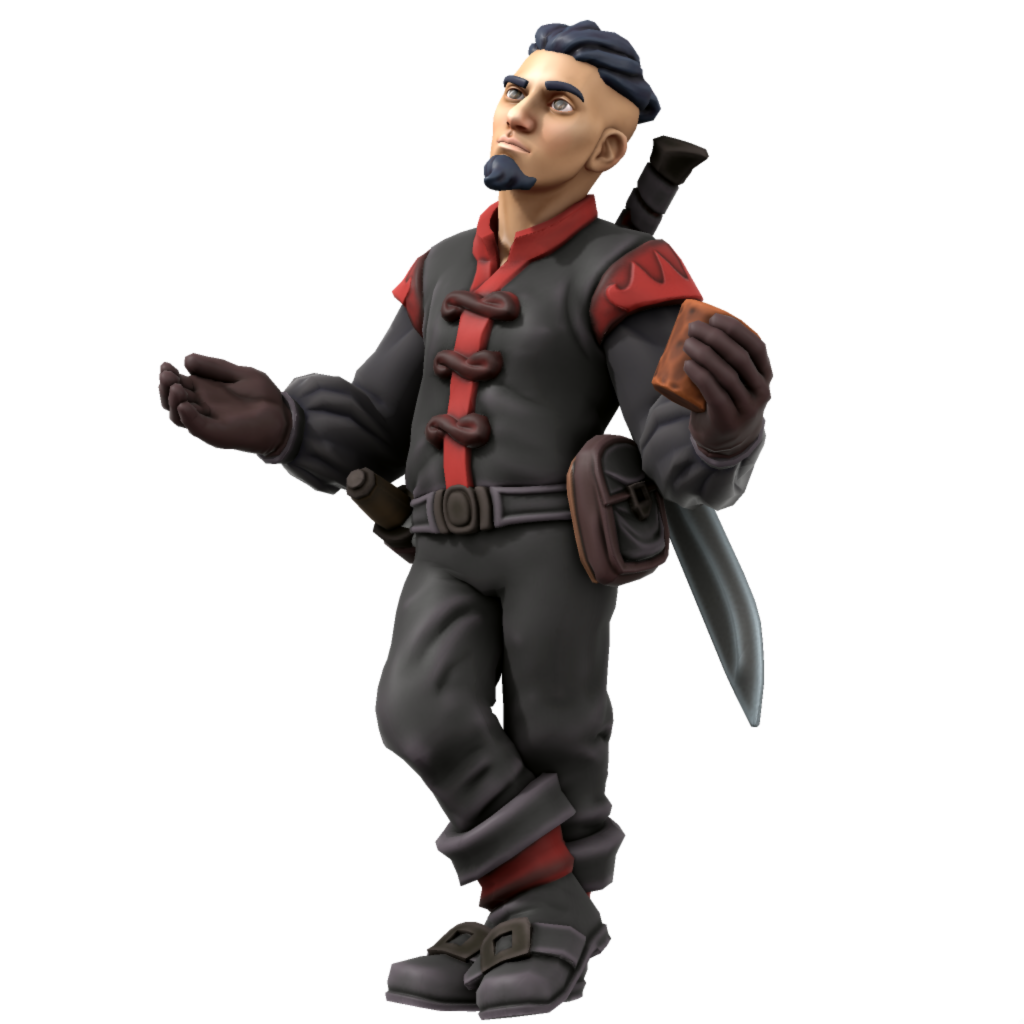 During the five years where King Ilmonar was presumed dead and his brother Tagas was regent, there was a point where the regent was missing from Vobranas at the worst imaginable moment, as the city found itself under siege. With nobody else seemingly willing or able to take charge of the defense, Arun was the one to step up for the role. He had been the royal head of security for King Ilmonar, after all, and while he had only commanded the Kuprian Kingsguard, and not a whole army, he seemed to have no problems giving orders and making people listen.

Shortly after the siege was over it turned out King Ilmonar was still alive after all. Arun was given the highest medal of honor, though he accepted it with not just a little bit of reluctance.

Chantai
Arun is a skilled Chantai practicioner, yet he says he isn't a master. However, anyone who have seen him fight will praise his skills with his two blades. Those who judge him by his size and think he's too short to be a threat will soon be surprised - and beaten in combat with seemingly next to no effort.
Security
Even though nobody seems to know where he's learned it, Arun knows quite a lot about security. The most notable part of this skillset is how he seems to know all the ways someone can get into a place unseen. The people who dislike him are sure this is pointing towards a criminal background. Arun seems amused by these wild accusations. 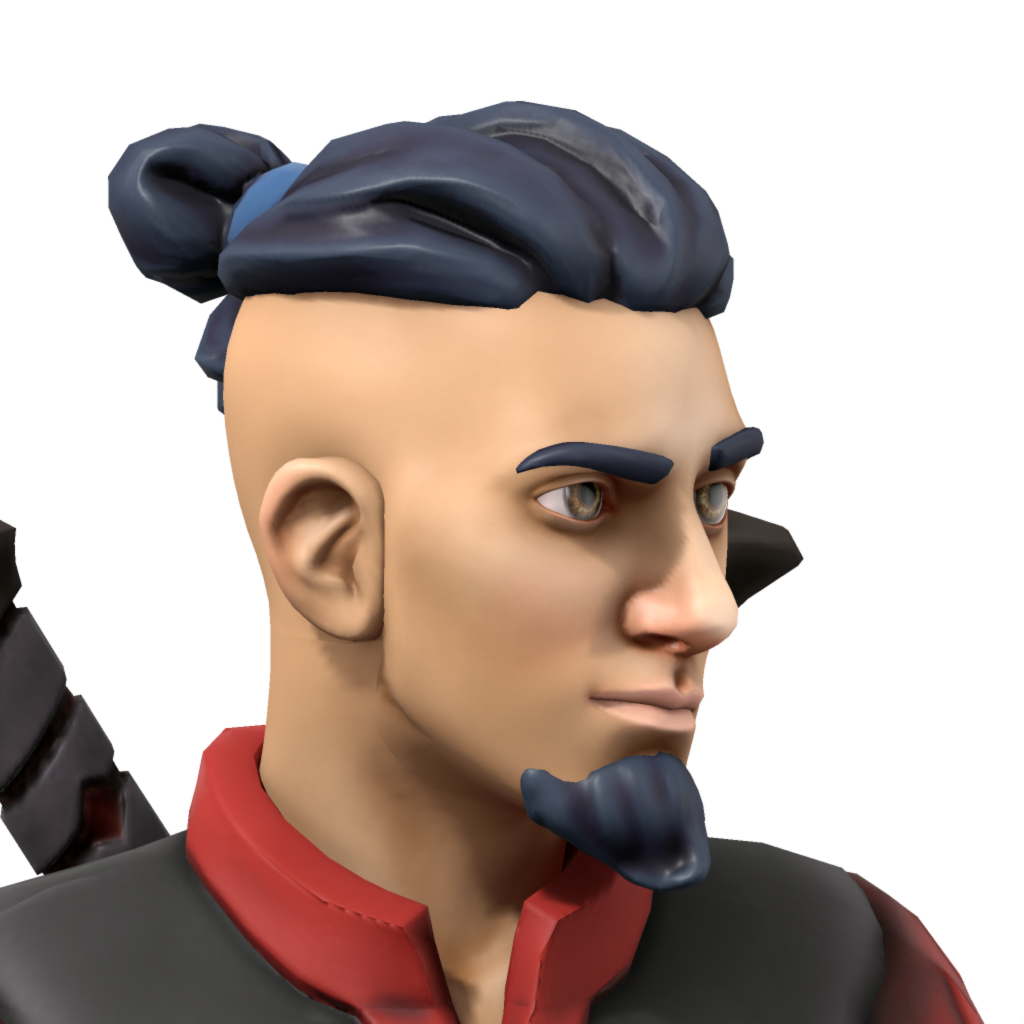 It is a bit hard to believe that Arun is almost eighty years old. In fact, those who have seen him around for a while will tell you that he hasn't really shown any signs of aging during the last half of his life.

There are a few theories about this. Some say he has found some kind of fountain of youth. Others say he has Edoin in his ancestry.

If you ask Arun, he'll just shrug and leave it at that.

Answering: "a brave hero, who hides a secret past."
Visit milladamen's Competition Page Check all other answers to this prompt Competition Homepage