Where the air grows thin and the rocks glow bright

"Rise, rise, rise above, reach to the sea of stars my love" - Dvarin Kilkrund


The Gelaal Mountains are situated on the triple intersection of Bihulling's, Kirchwal's and Kubicha's borders. Their sheer cliffs and frozen dirt form an almost impenetrable mountain pass, for only those with the thickest of skins and the greatest amounts of courage could even dream of surviving the thin, frosty air that waits for them through the pass.   Once a person climbs high enough into the pass, the air grows thin and the stars seem only as far away as your fingertips. A single person has managed to delve into that pool of stars to see what might possibly be encroaching on this world, a simple Kanen mage named Dvarin Kilkrund. No one knows what Dvarin saw when he peeked through the Veil of Stars, but they know that he did not return the same.   Since then, the Gelaal Mountain Accords were put in place to protect not only the mountainscape and the pass, but the Veil above.   Each year Dvarin makes the journey back up the mountains to visit the Veil. Some claim to see a flash of bright red light each year when he does so, while others have visions of what can only be described as a behemoth that troubles them for months before finally giving the person peace with the brightest stars shining on them in their dreams.   Few details stay consistent with all those affected by the visions of the behemoth, but it has been generally agreed upon that the behemoth has the Eight Lands in its sights, and that it looks hungry.
Protected by the Armies of the Eight Lands 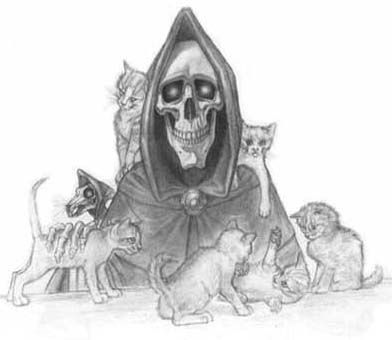 I like it, it hints at bigger workings behind the (stars) scenes. Also those mountaintops sound amazing to stand on.

Just wait until you see what comes up next :)

It's very interesting, that clearly have a sense behind this mountain and the sky.. But also about Dvarin. I would ask him what he sees uhuh.

Sure, I'm pretty optimistic and in an utopian think :p

Ooh I love the flavour text you have to this, and the hint of mystery surrounding it. I hope we get to hear more about this mage....! I love your subheading too by the way, gives the article a nice atmosphere! : D

I like it a lot, the flavor and the mystery really have piqued my interest. I am really curious as to what this behemoth is. On another note: have you thought of using the [quote] bbcode? Just a suggestion, it might look good on the article. ^^

I had a play with it initially, and I'm not a huge fan of how much space it takes up, so figured it'd be easier for me to work my quotes in my way :D