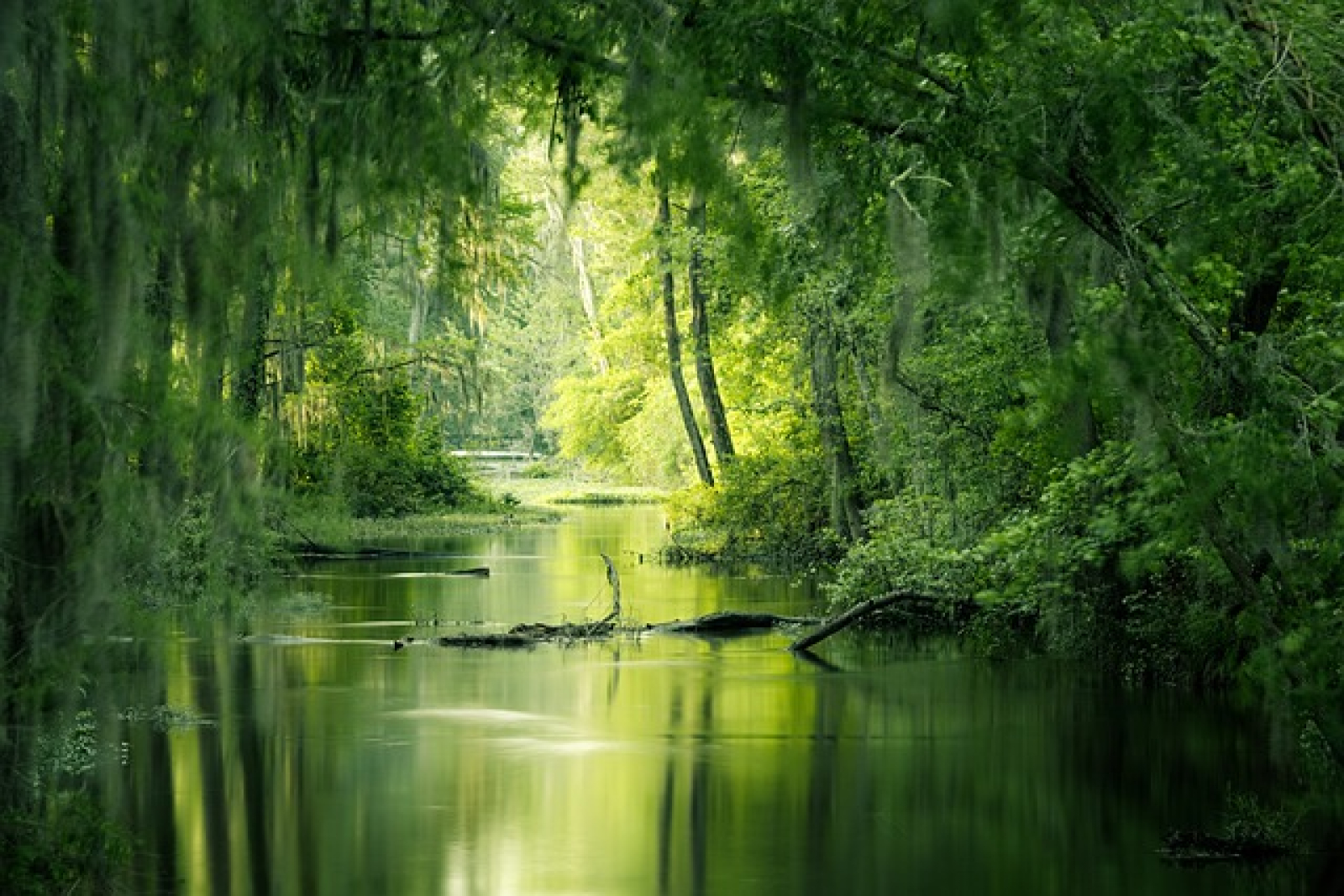 The Thrundank is a large black water swamp that encompasses the headwaters of the Darkwater River through a series of streams. A long sweeping arc of a tall ridge called Trail Ridge keeps the Thrundank from spreading farther inland. This ridge is over a hundred miles long and the trail upon it is mostly used by caravans of non-human folk coming to trade with the human kingdom of Miribex. 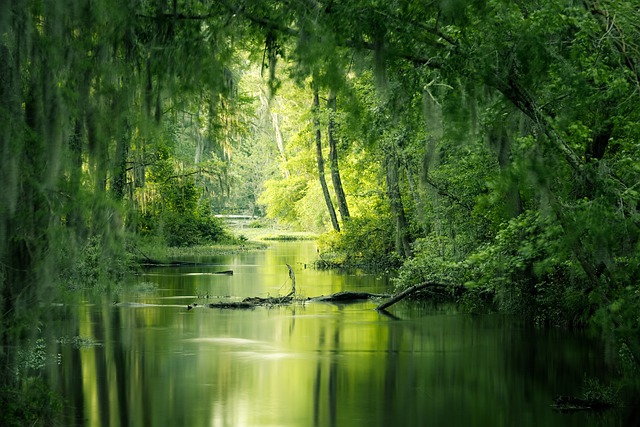 Thrundank by zj900430
The earliest known people to have lived in The Thrundank were the Timukua, a race of cat folk of dark gold fur and even darker blue box shaped spots. It is they who collect the strange hard and brittle mushrooms that only grow on trees in The Thrundank. These mushrooms are called chakka and earn the Timukua great prices from mages and alchemists. The Timukua have their permanent villages along the swamp-side of Trail Ridge.   Back in the days when Blackstone was more of a riverman's camp than a town, a large caravan traded its way along Trail Ridge to the largest Timukua village, Zuwannee. Once in the middle of the village, they launched a terrible attack in an attempt to slaughter the ruling elders and chiefs gathered there for the festive annual Timukua Rendezvous. The Timukua managed to drive the attackers out of the village but were surrounded. Children, ignored by the attackers, escaped and made a daring trek through the swamp to Blackstone. They begged the humans for aid. Blackstone took their river boats through The Thrundank, guided by the Timukua children, and attacked the besieging raiders. Their arrival with boat-mounted ballistas, turned the siege into a rout as the Timukua swarmed out to attack as well. This also brought Blackstone and the Timukua to friendlier terms.   With these friendlier relations, Blackstone was able to start logging cypress trees, though never more than they needed to make one keelboat a year. In return for the lumber from these trees, they gave the cones, bark, and drained sap to the Timukua so both peoples could profit from the loss of a tree. The Timukua determined which trees were to be cut and taken to Waycross, a boat yard built in the swamp when this agreement was made.     In the last dozen years a tribe of Nisslings, a warm blooded little croc folk with wings, have moved into The Thrundank. Very few in Blackstone know about them, but they seem to be on friendly terms with the Timukua.
Flora   Cypress trees, Chakka   Brinevine: a very large mound of tangled vines and leaves that can wander freely. It poses as a mound above the water waiting for the unwary to settle on it. It then attacks with its vines, snaring its victims as it drags them to a great thorny maw to imprison them while its roots drain them of all fluids.
Fauna   Giant rats, Vipers, Pythons, Crocodiles   Bugbat: A bat with four dragonfly shaped wings and a long stinger for a mouth that drains blood. One bugbat can drain a cup of blood in moments.   Mawfrog: A frog large enough to eat human children.   Mondo lizard: a lizard as long as a man is tall.   Mambaton: a giant viper that is all black.   Brine Wolf: A wolf with webbed paws and bristling fur perfectly adapted to life in the swamp.   Crawspider: a giant spider that sets its webs under water. Big enough to eat human children. It lives under the water.   Thrunconda: a python so big it can swallow a full-grown man.

I like how you listed the flora and fauna on the sidebar. That's a good use for it, and it kind of clears the bulk of the article for the juicy stuff. speaking of, its full of detail. i like that you express how the region changed over time, such as the growth of blackstone. Well done

Nice history, love the setting-description, and good use of the sidebar.