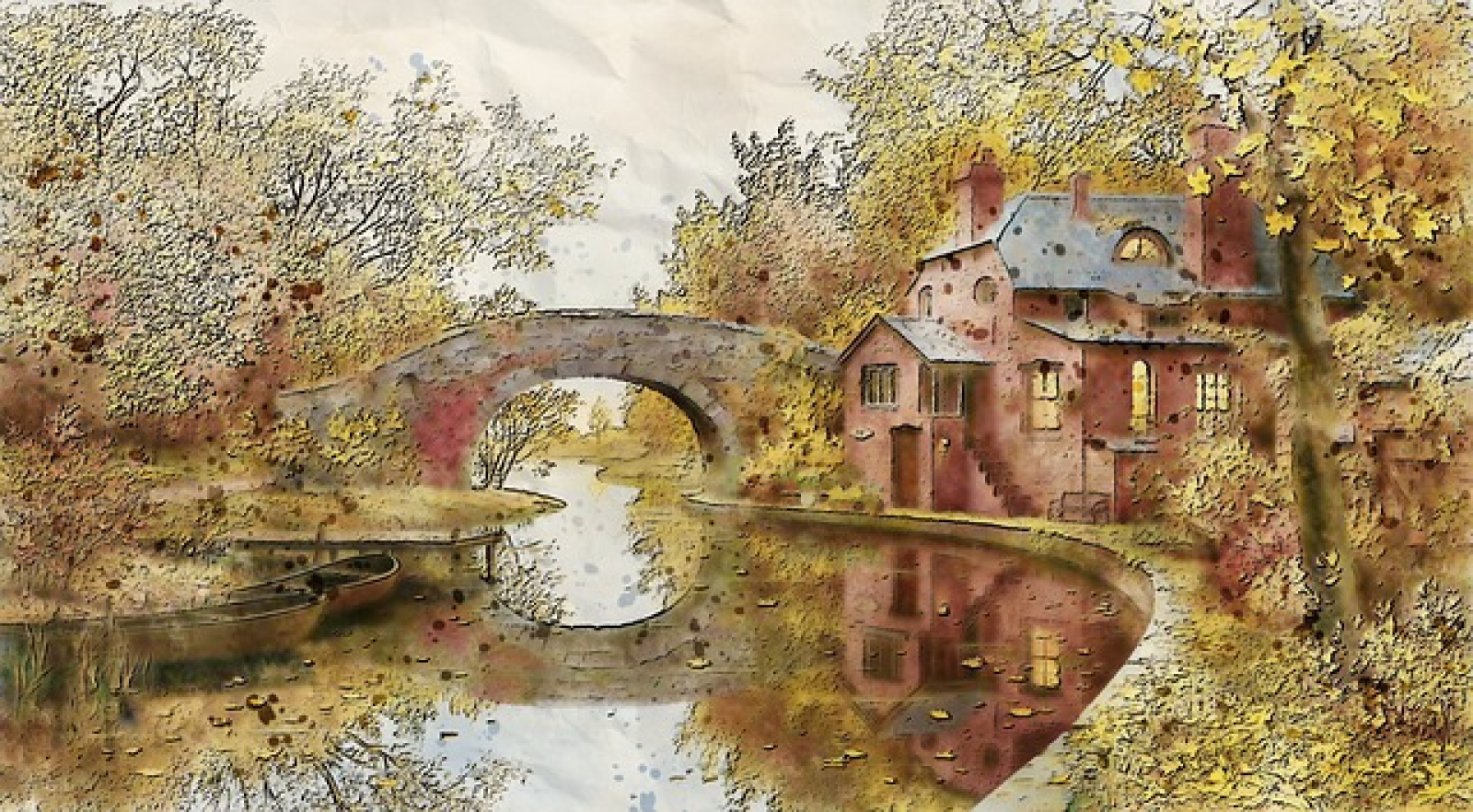 Blackstone is a picturesque little town built around the little lake beneath a wide gentle waterfall. A stream runs from this lake to the Darkwater River, providing a navigable water route from Blackstone to the king's crown city of Bexndale, the kingdom's largest seaport. This water route makes Blackstone the farthest inland settlement of the Mirabex Kingdom. It is here prospectors supply themselves before heading up the remaining few miles of the Darkwater River to pan for a bit of gold or head into the hills looking for gems. Their successes have brought the Margar Vaulting House here to build a small, but still impregnable, house of coins.   HISTORY

"Rigur!" Thimys called to his brother excitedly as he ran up. "Ain't no trail under the brush. No ancient road like granther was guessin' either. It's just a bridge t' no where."
— Thimys Mudrunner, youngest son of the Mudrunner's Clan-Skipper


The founding of Blackstone happened nearly three hundred years ago when a band of river folk turned up a little river looking for a place to hide from rival bands. They discovered the beautiful waterfall and its lake. But the most fascinating discovery was the bridge of black stone that spanned the river a few hundred feet from the lake. The bridge was massive, spanning fifty feet with strange glyphics carved all along its sides. Most breath-taking of all, the bridge was one seamless piece of stone! This black stone bridge proved sturdy, and impervious to attacks, making it the perfect perch for their rail ballistas to repell invading river bands. 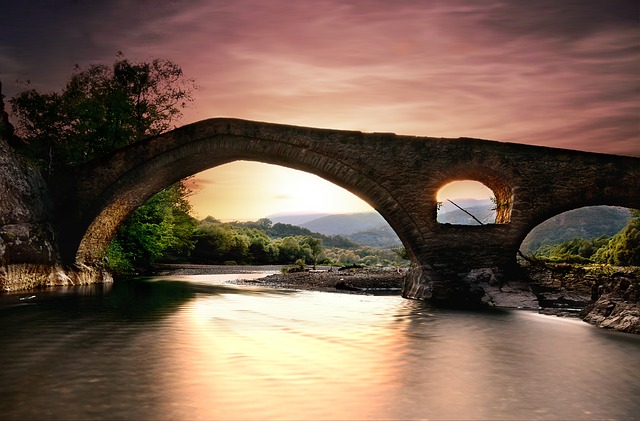 Blackstone Bridge by Photos_Kast
The bridge proved itself sturdy and indestructible. This feature was the reason they decided that this was going to be their permanent camp. As the camp turned into the town of Blackstone, a net wall of ropes weighted with stones was added to block rival boats from raiding under the bridge. The net wall is kept neatly coiled at the top of the bridge where is can be dropped when needed.
In the first years, this place was named Blackstone Kamp as river bands traditionally named their permanent camps. They became friendly with the Timukua who lived within The Thrundank. But as years changed into generations and the Mudrunners took to farming, they became more than just a river band. In celebration of this, they declared it a town.   A hundred years later, the first Mirabexi riverboats arrived and were fascinated by the bridge. The crews were impressed by the array of rail ballista defenses, which made Blackstone stand far above the rest of the river bands they were trying to chase off the Darkwater River.   The Miribexi were impressed with the town, and its abundance of trade goods in their trading post which provided much needed quality provisions. Rather than plundering Blackstone as they had been doing to the other bands, they offered Blackstone citizenship into their kingdom. The Council of Elders, which governed Blackstone in the traditional river band way, were quick to realize that saying no would put them at war. Adding to the threat was the allure of the wealth that could be had as Mirabexi citizens. They agreed.   Scholars back in Bexndale heard of the bridge and a few were eager to venture "beyond the reaches of civilization" to study it. Their arrival inspired Blackstone's Council of Elders to build a lane lined with luxurious cottages they called chateaus for their more refined, and wealthy, guests. One scholarly magi retired in Blackstone, building himself a shop of minor magical trinkets connected to his home. He named it the Obsidius Odde's Shoppe after himself.
Places

Answering: "Describe a settlement that is famous for a particular resource, product or item created there."
Visit Dazzlinkat's Competition Page Check all other answers to this prompt Competition Homepage