As the sun peeks above the amber-crested summits, mountains come alive.

Solar amber is among the rarest ores to see in Menicea, for its usages are few and its refinement complicated. It is uniquely found in the Eastern Desert, at the top of the Sun Mountains' highest peaks. Every morning, these peaks glow with orange sparks as sunlight slides on the growing Amber.   Yet without it, Fireguards would have a much harder time fighting off the Lorianortis.

Solar Amber naturally forms slowly over time, far up the Sun mountains' peaks. In its early stages, it almost looks like solid honey slowly covering rocks until it takes orange shades and becomes harvestable.   If harvested too early, Solar Amber is even more fragile than in its ripe form. It usually breaks into tiny pieces as it is transported and will be significantly more complicated to refine.

If you can't see through Solar Amber, then you know it's ripe!
— Geronzio Liuzzi, Amber merchant

Extracting ripe amber from the ground requires patience and precision, as the slightest mistake can crack the ore's surface. Harvesters need to dig small trenches under the large amber "tiles" to get a good grip and pull them up in one piece. Having a tile fractured into two or three pieces is usually acceptable but will make it more likely to break during transport.   The Amber is then carefully taken from the mountains to Tistakas, where the last functioning Sun Stove remains. 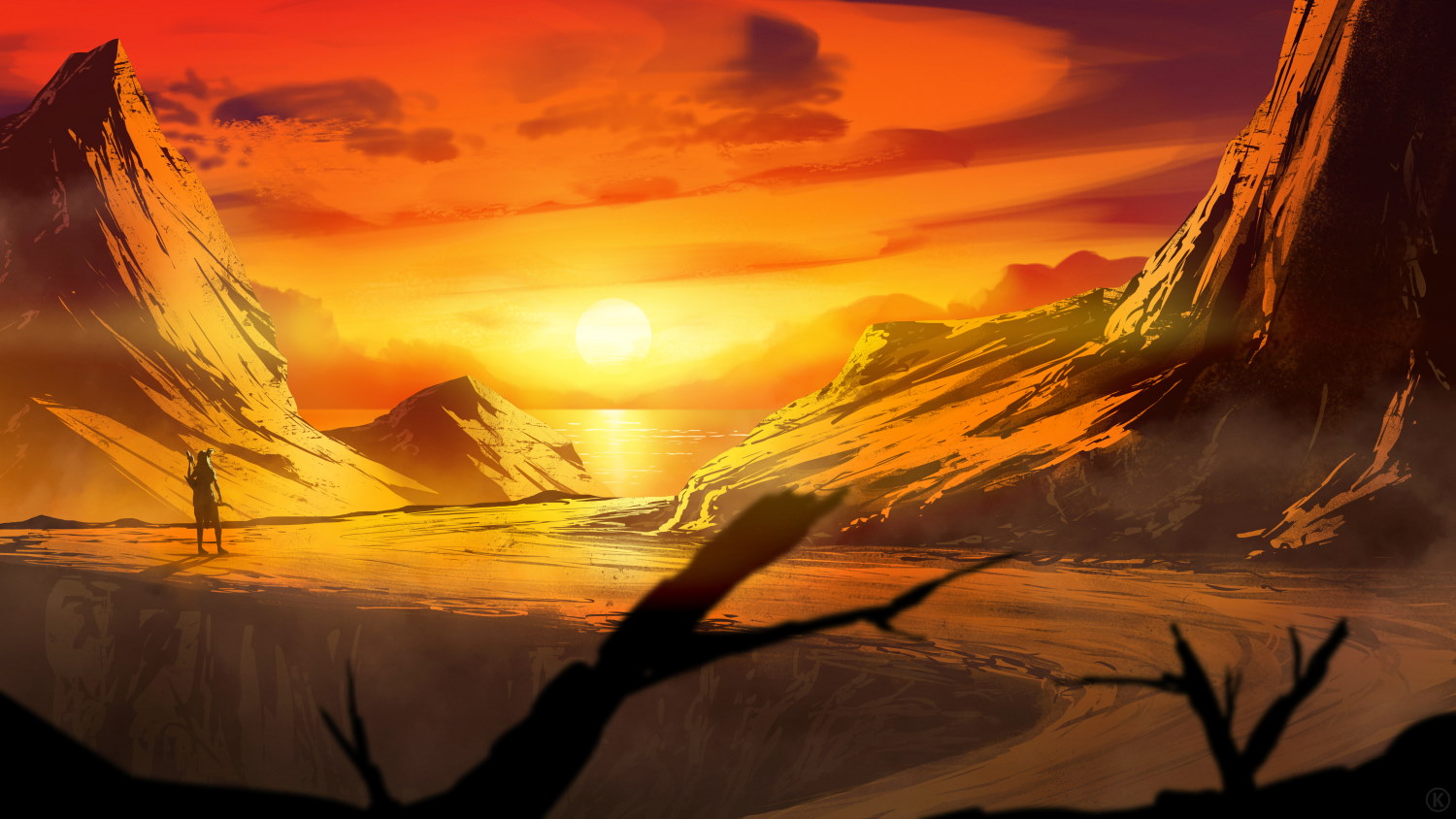 Turning the amber into usable tools takes a lot of heat. Gérouns of the past used Sun Stoves, heating structures made of amber themselves. They would capture sunlight and reflect it many times within the stove to heat a central and isolated compartiment where the ore would melt. The convergence of heat rays onto the stove makes it reach temperatures higher than any fire can produce.   Yet, as it is often the case with pre-Clan Wars structures, all remaining stoves are at least partially damaged, which reduces the efficiency of their heat.   Because of that, they remained unused for a long time until Gérouns discovered that mixing amber with Lorianortis-made glass could actually melt it. Though the objects manufactured with this new alloy retain less of the amber's properties, this opened a whole new array of possibilities.

The invention of Amber Glass brought the ore back into markets. Amber-made trinkets and jewelry were seen far from the desert, in places such as Odelia. While the trend eventually died within a few decades, one particular kind of object never ceased to come out of the Sun Stoves.   Sun Shields are among the most valuable assets of the Fireguard. The Amber's capacity to reflect heat combined with a V-shaped shield made them able to withstand Lorianortis' fire sprays. The heat beams split in half when hitting the shield, protecting its wielder and those standing behind.   If Sun Shields did not spread to other army corps, it's because of the Amber Glass' fragility due to the large amount of glass within the alloy. Sun Shields are extremely weak to blunt force and will shatter and break after a few hits.
Type
Ore/Mineral
Color
Bright to dark orange
Related Locations
The Eastern Desert
Open full size

Solar Amber was discovered shortly after my ancestor Orion moved into the region. The nomads of that time worshiped the peaks like Elyadesians worship their desert, thinking that Giraun was the one making the mountains glow every day. While it turned out to be the Amber, it very much might be Giraun who put it up there for us to take.
-Vafrun Glen Greshorio 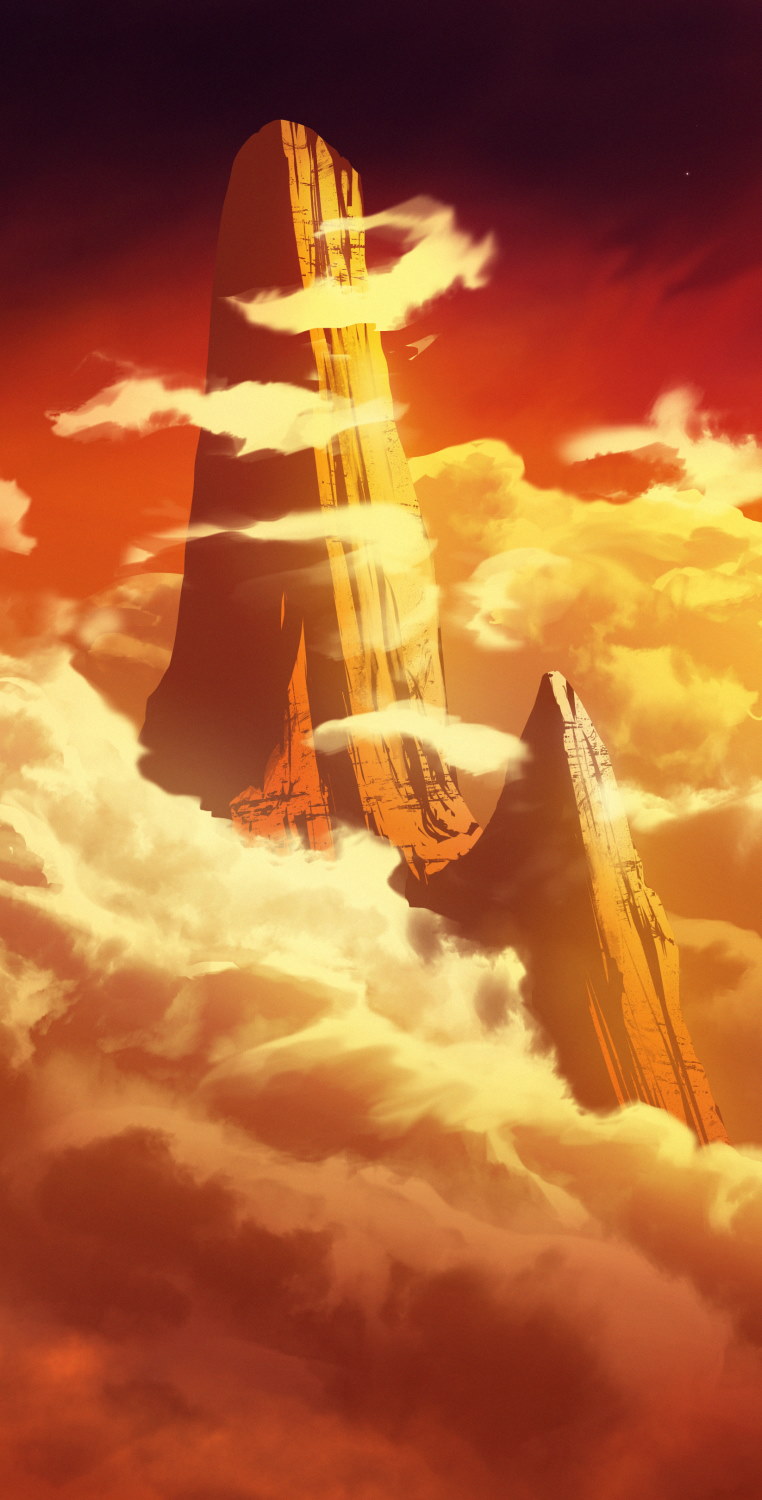 City in a rift, stopover on the long road to Irisport. Home of the fierce swarmlings.

Solar amber sounds like such a pretty material! And the Fireguards using it as shields against a creature that shoots out fire sprays is fascinating.