Ur is an ancient land that never fully recovered from the War of Souls. Grazed with canyons and pocked with craters, it is a desert wasteland and as with all wastelands, life finds a way. It is host to a variety of life, from insects to small mammals and even sustains a few human villages and settlements as well, the most notable of which being Aic Ocuel. The region itself is of little interest to the powers of the Insennis, and its inhabitants are thus left to their own devices, while in return they do not hold much sway in the political leanings of the Council located on Worlds Mirror.

Many ruins and relics of the War of Souls remain hidden under its sands and rocky surface waiting to be discovered. The fact that it has not regrown and mostly healed itself since the wars has led it to become the center of many superstitions in Innerheart, often times being associated with the starting point at which Mir had been created and grown from.

Ur is a region comprised of the desert found to the south of The Gap and the Republic of Seva and bordered to the west by the Southern Aleyn Mountains. It is a varied landscape, comprised of rolling sand dunes to rocky caverns and landscapes. What little water does flow here only does so in the way of small streams and creeks that more often than not dry up during the daylight. Rainfall is rare but when it does come it is often the cause of flash floods.

The typical flora of the land is made up of small shrubs, cacti and other low lying plants that excel and retaining moisture from the air around them. They are often found with sharp spines or toxic attributes. The fauna of the region consists of small hares, snakes, scorpions and other insects, with the occasional fox or mountain lion closer to the Aleyn's. 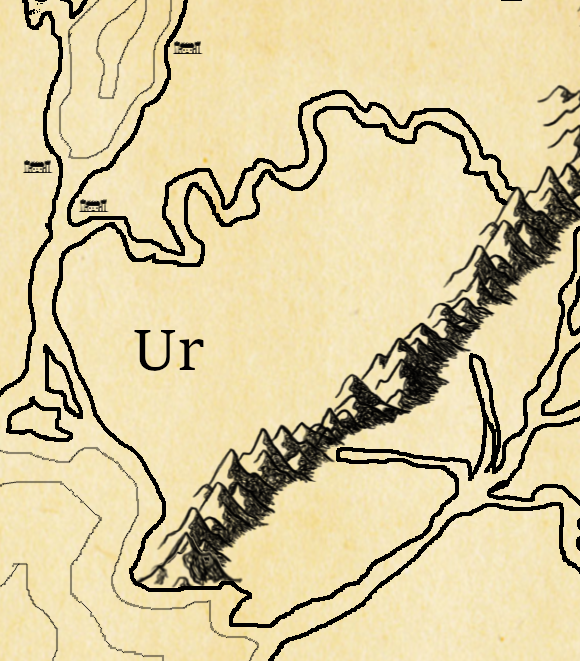 Ur above pictured with The Gap and Seva to the north, the Aleyn's to the east and Worlds Mirror to the west.
Type
Desert
Location under
Innerheart
Included Locations
Included Organizations
Related Ethnicities

Answering: "Describe where this conflict unfolds."
Visit Gerrit_Dodd's Competition Page Check all other answers to this prompt Competition Homepage